Forget cakes and flowers! The only thing on my mind this V-Day is Champions League! 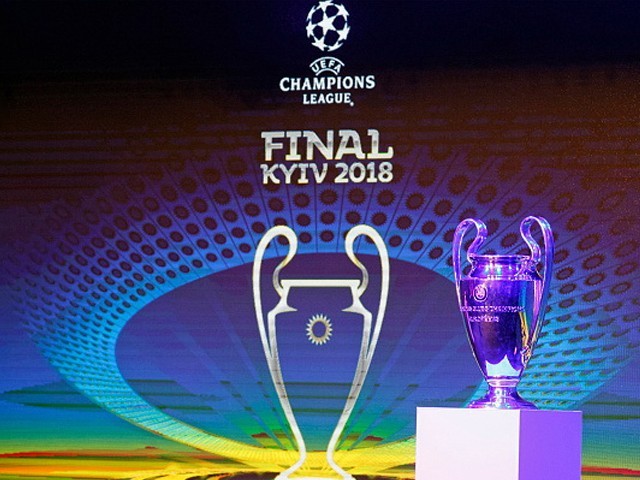 I have never been a big fan of Valentine’s Day. As far as I am concerned, poor St Valentine ought to be rolling in the grave with the kind of cringe-fest that goes on in his name. But for Liverpool fans all around the world, including myself, cupid is no longer stupid when he comes this February 14th.

Valentine’s Day 2018 would be the first time in nine long and tiring years that we find ourselves involved in the knockout stages of the Champions League. Love is finally in the air!

Even though fans in Pakistan will be watching this match on February 15th, it is still a Valentine’s Day treat for everyone around the world. Let’s just say us Liverpool fans in this part of the world will be celebrating this day a little late.

The Porto versus Liverpool tie also happens to be part of the first batch of fixtures that will kick start the knockout stages of the premier European competition; so love is not just limited to the boys in red.

FC Porto’s Estadio do Dragao plays host to the first leg of the tie and provides a massive chance for the home side to stake their claim against the fancied Reds. Their Cameroonian striker Vincent Aboubakar is the one that Liverpool needs to be the most wary about. The 26-year-old has already scored 20 times in all competitions this season, including five in five during the group stages of the event and would be the main threat against Liverpool’s backline. If Virgil Van Dijk and company manage to keep him in check, then the terrific trio of Mohamed Salah, Roberto Firmino and Sadio Mane surely have enough firepower to steer the Merseyside club into the next round. 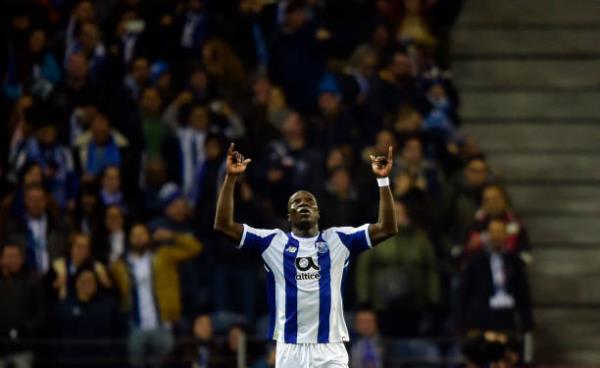 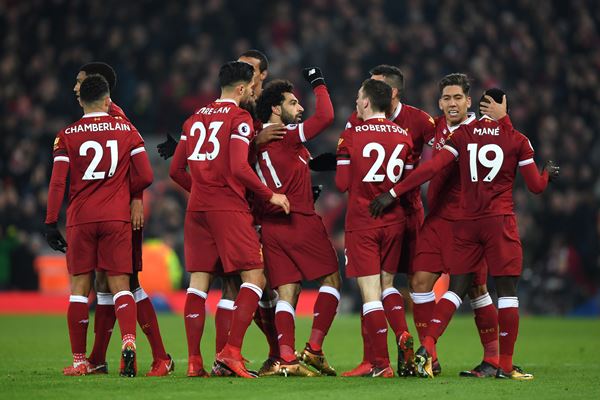 It is also fitting that the other tie to be played on Valentine’s Day is the one that involves a club which is arguably the most loved throughout the world. Back-to-back winners Real Madrid are due to entertain Neymar and his Paris Saint-Germain (PSG) gang at the Santiago Bernabeau in what is possibly the biggest match-up from round of one. While on the face of it, with Real’s patchy form, it may seem that the high-flying Parisians would simply stroll through to the quarterfinals, but you only count against Los Blancos at your own peril. With La Liga already a foregone conclusion considering Barcelona’s lead at the top, Champions League is the only big trophy that Zinedine Zidane’s boys can now realistically target. This do-or-die situation alone makes me vote for Real Madrid as the likely winner from this particular tie. 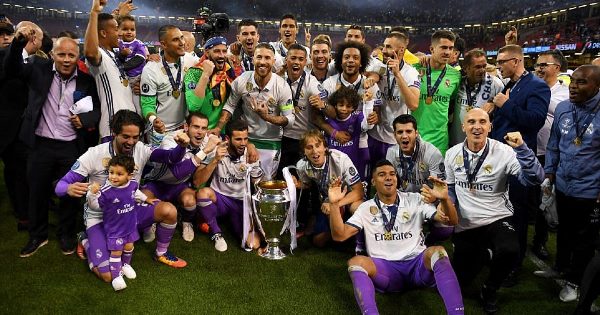 The Real Madrid team pose with the trophy after the UEFA Champions League Final between Juventus and Real Madrid at National Stadium of Wales on June 3, 2017 in Cardiff, Wales. Photo: Getty

A day earlier, we would also get a chance to see bookmaker’s favourite for the cup, Manchester City strut their stuff against the Swiss minnows FC Basel at St Jakob-Park. Even without Gabriel Jesus and Leroy Sane, Pep Guardiola still has the likes of Sergio Aguero, Raheem Sterling and the truly majestic Kevin de Bruyne to rely upon in attack. The only thing that is left to be debated is the victory of margin by which The Citizens would proceed through.

On the same day, Juventus would also play host to another English side, Tottenham. The Turin side might be experts’ pick for the fixture but we simply cannot ignore the affect of Spurs having one of the deadliest strikers in the world in Harry Kane. This is one contest that I find really hard to choose a winner from. 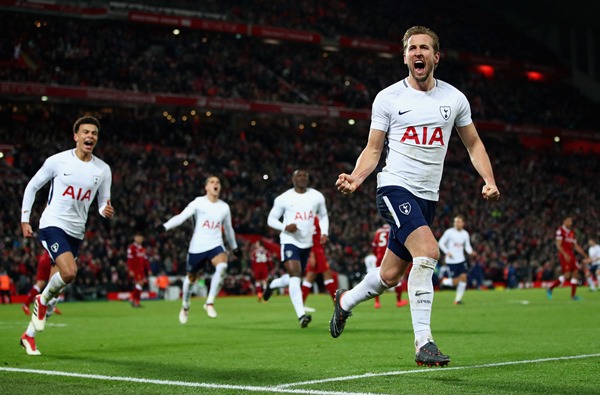 But one week on, a tie from the round of 16 where we shouldn’t have any issues deciding the victor would be the Barcelona versus Chelsea match-up. The Blues might have gotten Oliver Giroud in to replace the injured Alvaro Morata, but their recent downturn in form is in stark contrast to the imperious nature displayed by Barca consistently throughout this season. The Catalonians would not be able call upon the services of the recently acquired Phillipe Coutinho who is cup-tied, but in Lionel Messi and Luis Suarez they have more than enough firepower to dismantle the Blues. 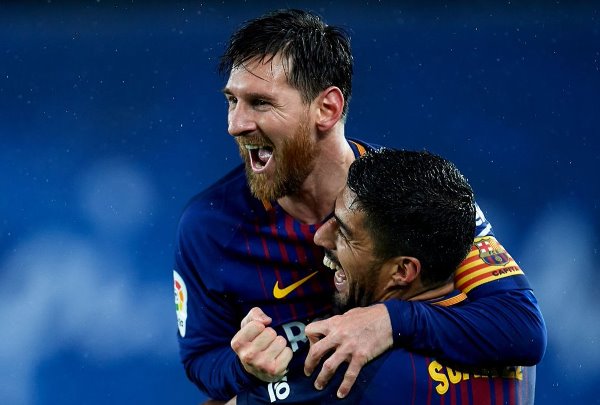 Lionel Messi of FC Barcelona celebrates with his teammate Luis Suarez of FC Barcelona after scoring his team’s fourth goal during the La Liga match between Real Sociedad and FC Barcelona at Estadio Anoeta on January 14, 2018 in San Sebastian, Spain. Photo: Getty

The same match-night also sees Bayern Munich going head-to-head with Turkish club Besiktas. Following an autumn of discontent under Carlo Ancelotti, the German giants have gone through a revival of sorts under the seasoned Jupp Heynckes. The experienced coach has already won the Champions League with the club in 2013 and would again be looking to go the full hog with a totally winnable fixture against the Istanbul-based club first-up. 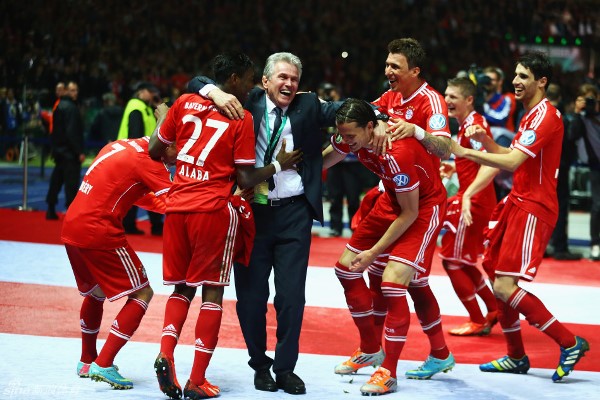 Jupp Heynckes head coach of Bayern Muenchen (3L) celebrates victory with his players in his last match after the DFB Cup Final match between FC Bayern Muenchen and VfB Stuttgart at Olympiastadion on June 1, 2013 in Berlin, Germany. Photo: Getty

The following day sees yet another England versus Spain battle when Sevilla welcomes Manchester United to the Sánchez Pizjuán. The Red Devils with the recently purchased Alexis Sanchez seem a little too strong for the Spaniards but their recent league form is a bit worrying. Jose Mourinho’s men might still sneak through but the contest is sure to be a fascinating watch.

The final encounter of the round sees Roma and Shakhtar Donetsk, two relatively low profile teams facing off against each other. With both sides having their own little problems, this is another intriguing fixture. Shakhtar’s skipper, Darijo Srna, is suspended after failing a drug test while Roma has yet to effectively replace the attacking output of Salah. It is a tough one to call but I would go with the Ukranian club, considering how they managed to qualify from a group featuring Manchester City, Napoli and Feyenoord, by beating all three at home.

So ladies and gentlemen, forget cakes and chocolates this Valentine’s Day. The only thing on your mind this February should be football and football alone!