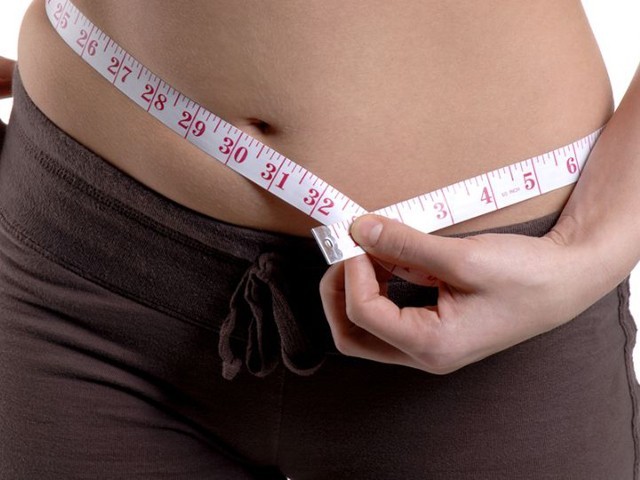 For a woman, the notion of indulging in a scrumptious meal comes with dire consequences - the weight scale.

“Oh my God! You have lost so much weight!”

A shrill voice fell sharply on my sensitive ear drums, confirming my worst fear. My always-perfect friend stood there in all her glory, scrutinising my once-fat friend, who was no longer fat but quite slim. To be honest, her flab used to provide me with a sort of satisfaction, as I was a pound or two over my ideal weight (okay maybe five pounds, but you get the drift.)

Eyeing my school friends who had now shed their gaucheness for a more refined look, with their flawless skin and designer outfits  (probably made by their tailor), they all seemed so grown up and chic and… thin.

How did that happen?

How did they shed those pounds which had been the flagship of our teenage days when life was not all about looking your best, smelling your best, and eating… little?

What about the samosa chaats, the Cornettos after school and the occasional pizza feasts?

I could have sworn every girl in that room was thinking the same or had at some point in her rather undulating life.

This is a page from every girl’s diary. At get-togethers, reunions, iftaris and family functions – it seems as if women are consumed by one dilemma:

Whether it’s your mother’s friends scrutinising you or your best friend, the “kitni moti ho gaye ho (have you gained weight?)” are the five dreaded words that give us all nightmares. Yet, we bravely endure it, by changing the topic to much safer grounds like global warming.

After careful analysis, I have reached the conclusion that the taxonomy of women has three clear divisions:

No matter which category you fall in, for a woman, the notion of indulging in a scrumptious meal comes with dire consequences – the weight scale.

But then every comrade has developed a system to deal with the threat/ dilemma/ worry.

The ones who are already not all that slim grow a thick skin (no pun intended) to ward off the spears thrown their way in jest or otherwise. Ignoring the tiny voice in their heads, they cheerfully order a Big Mac or a Paneer Tikkah and move on with life (after all life does have a deeper meaning to it than acquiring a Kate Hudson figure).

The second category is the trickiest and most of us fall into that. They are hardly fat, but give in to a few temptations and they would leap into the Kind-of-fat group.

For the Could-become-fat-any time, life is a constant struggle between eyeing the cheese cakes and strategising how to make salads taste good (frankly I have never really understood how grass, tubers, leaves and raw veggies can be yummy, but then again that’s the carnivore in me speaking) .

Then there are the not-fat-at-all or the model-like-slim sort who saunter around like butterflies with a  knowing smirk (they deny the smirk but we all know it is there) with the occasional exclamations of “oh my, I have gained an ounce” expecting the rest to cry out “Oh! you have not!”.

Having said all that, there must be some way of reining these pounds in and it must be something besides reading self help books. After all, actions do speak louder than words (and that does not imply drinking sugarless tea after a chocolate sundae).

So, what is the magic recipe that would hasten the process of getting yourself into that tiny dress you could not resist buying?

Do you have to meditate near a tranquil pond for inner strength or perhaps a park with birds chirping in the background?

I do not have an answer to that, but a safe bet would be to not to contemplate inside Pizza Hut.

A sub editor on the city desk of The Express Tribune in Islamabad.

How many PMs does it take to fix an X-ray machine?