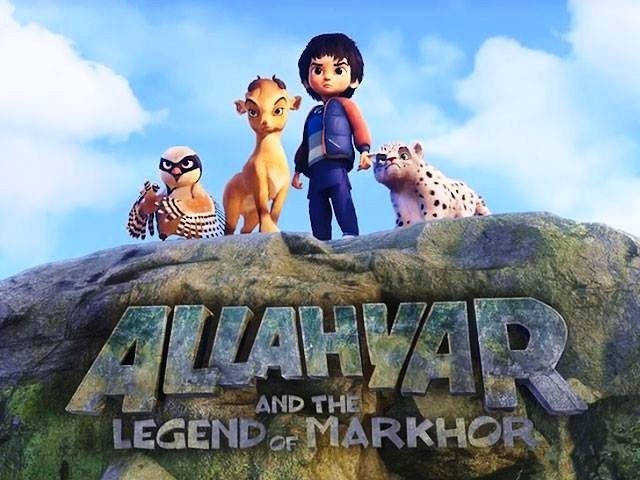 Allahyar and the Legend of Markhor has changed the game by setting a new standard when it comes to animation in Pakistan. PHOTO: FILE

Over a decade ago, when Commander Safeguard hit TV channels all across Pakistan, it set a new standard when it came to the local animation industry. Later on, 3 Bahadur, Pakistan’s first animated movie, brought some hope that animation is not an entirely forgotten art in the country. Even the Milkateer series was a decent addition to the genre.

However, Allahyar and the Legend of Markhor has changed the game altogether, by setting a new standard when it comes to animation in Pakistan.

Uzair Zaheer Khan, the director and writer, and producer Usman Iqbal have brought to the industry a version of animation never seen before, emanating from the creative minds and studios of Pakistan. From the very first scene, the setting and plot grasp your attention. It is not just the dialogue or the visual imagery, nor is it just the animation and how smoothly the characters walk and talk. It is a combination of all these aspects put together, merged with the hard work and perseverance that was quite evidently put in during the production phase.

Allahyar is a boy living in the northern areas of Pakistan with his family. However, he discovers that Mani (voiced by Ali Noor) is an antagonist who has planned a devious scheme against Allahyar’s father along with his accomplice, Uncle Bablu. This discovery leads to an adventure, and he ends up in a forest, where he befriends talking animals. When in the jungle, Allahyar saves Mehru, a markhor (voiced by Natasha Humera Ejaz). There is also Chakku, a baby snow leopard (voiced by Abdul Nabi Jamali), who becomes friends with Allahyar and Mehru.

However, my personal favourite in the film has to be Hero (voiced by Azfar Jafri), who is a chakor, Pakistan’s national bird. Hero’s humorous and witty one-liners add necessary comic relief to the movie; his presence balancing out the plethora of emotional scenes in the film.

Allahyar, Mehru, Chakku and Hero all share a common enemy in Mani. It is up to them to stop Mani from spreading havoc across the jungle, save the other animals Mani is after, and also bring him to justice. During the movie, you will also find out the secret of the legend associated with the markhor.

It is the eight-year-old Allahyar and the normal life he leads – where he hates doing his homework and gets irritated when he has to do chores – which the audience will connect with the most. Children watching this movie will find Allahyar’s persona, and his likes and dislikes, to be relatable and similar to their own.

What inspired me the most when watching this movie was the Pakistani-centric theme enveloping the story. Choosing Allahyar as the protagonist’s name was not just a big risk but also a creative jump, which ended up blending well with the Pakistani society the film was set in. Moreover, Allahyar is constantly seen wearing a shalwar kameez, which is also a welcome step when it comes to the character connecting with the collective conscience of viewers from all social stratas of Pakistan.

Although the editing in some parts of the movie lacked cohesion, it did not take away anything from the film. Further, despite the voiceover artists not having much experience in this domain, they have given an amazing performance, with their voice and vocal intonations giving life to the characters they portray. Anum Zaidi, the voice behind Allahyar, adds so much life to the character that it becomes a real boy in our minds. As Allahyar’s mood changes across the film, and as he feels fear, courage or happiness, Zaidi’s voiceover ensures that we feel it too.

Moreover, Ali Noor’s portrayal of Mani also invites the right amount of anger and hatred for his character, that’s how well he has voiced it.

While the strong message of the movie does leave an impact on the viewer’s mind, the animation is also spot on. The vivid forests, realistic jungles, towering mountains, blue skies, and even the texture of the animals, birds and objects, is as close to reality as animation can get.

The attention to detail is simply unbelievable. Never could we have imagined a Pakistani movie going to such extents to produce a visually mesmerising animated film that seems good enough to rival its international counterparts. Allahyar and the Legend of Markhor is the new case study for aspiring animators, storytellers, voice over artists, writers and directors.

The soundtrack too has a good collection of tracks including Hum Hain Rahi, sung by Ali Noor, and Muskarai Ja, performed by Natasha Humera Ejaz, which also has a Pakistani cultural theme attached to it.

The film was thoroughly delightful to watch. Never had I thought that one day I would watch a Pakistani animated movie as crisp as that of Pixar. However, now that I have, I am proud of the entire team that made a movie so great that every scene, every dialogue, and every character will remain etched in my memory for a long time. Given the unprecedented quality of the film, I know a sequel is right around the corner.