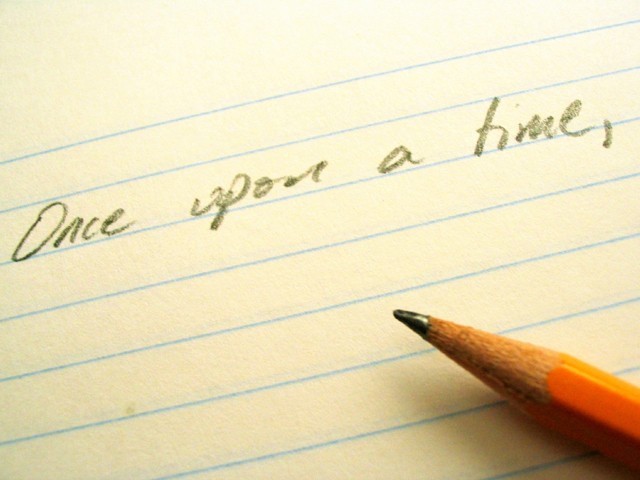 The very thoughts that once haunted me began to shadow themselves in the poetry and prose I wrote, and it all began to make sense. PHOTO: MINDTHEPRODUCT

When I was seven-years-old, I wrote a poem about a cat too afraid to jump off a three-foot porch. The cat’s name was Tom, and he was afraid of heights and thought he’d die if he made the jump. At the end of the two stanza poem, Tom makes the jump and realises he’s a fairly good jumper – as all cats are. From that day on, Tom isn’t afraid to jump off the porch. From that day on, Tom is brave.

When I was 16-years-old, I fell in love with an amazing girl who would go on and break my heart two years later. After she left, I felt very confused. I felt tired and cold. I felt weak and shy. I just felt done with life.

At 18-years-old, I was dealt with a sudden rush of emotions, and I didn’t know how to handle them. I convinced myself my purpose of existence had ended, and these feelings were going to be the end of me.

Yes – I was, and still am, very dramatic.

Then I happened to read a poem by Jalaluddin Rumi called The Guesthouse. In it, Rumi advises to treat yourself like a guesthouse, and your emotions as visitors. Welcome and embrace them all, however they may come by. Don’t resent any feelings, good or bad, because each has been sent from beyond as a guide. They all have a purpose.

And just like that, a switch went off in my head, and I began to write.

My intention was never to retell my tragedy. After all, how many first loves do ever pan out? I would only dig myself deeper in the cliché of a young, heartbroken boy, and would never get out. Rather, my intention was to create something to remind myself of the ‘feeling’. The feeling of being in the presence of someone I loved, and the feeling of regret when they left. That’s where it all started from – my pursuit of recreating the authenticity of the feeling.

One night, after many failed attempts at this pursuit, I sat on my bed and felt the words just pour out of me, like a crack in a cauldron. I would unconsciously write memos upon memos of words in my phone, telling stories of how the stars had met and fallen apart, only to share their light with the world as they broke apart. How the winds and the leaves were guiding me to the many adventures I hadn’t been on yet, and how, gradually but definitively, it would all be alright. I was telling myself this through the words on the page and the imagery in my mind.

I began to read more of Rumi, and after that I got my hands on Robert Frost. Then Dylan Thomas, and Walt Whitman. My librarian thought I had gone crazy, borrowing every book I could on poetry from the 20th century. I read them religiously every night, instead of the ritualistic prayers my mother thought I was reading.

When English poets could no longer satiate my appetite, I found myself googling the Diwan of Ghalib, along with the volumes upon volumes written by Allama Iqbal and Faiz Ahmed Faiz. I found myself listening to Nusrat Fateh Ali Khan, paying close attention to what he said and, somewhere deep inside me, feeling what he said as well.

That’s when I started to truly welcome my emotions. All the poems inside me began to feel something; like a taste, or a sound. It was something that couldn’t be seen, yet was very much alive in me. It drove me to a page and ordered me to write. And through the ink in the nib of the pen, it poured itself out.

“We write to taste life twice, in the moment and in retrospect.”

I could not agree with her more.

At 21, I found myself reliving, or rather re-tasting, the many feelings I feared to live or taste again. The very thoughts that once haunted me began to shadow themselves in the poetry and prose I wrote, and it all began to make sense. With enough retrospect, one can identify the mistakes making up the lesson they must learn. I was convinced the love and heartbreak I felt then were “authentic” feelings. However, I needed validation and closure, from no one else but from me; and I found it in the hundreds of poems I wrote.

What started this journey was something very different from what ended it. In the beginning, I found myself constantly at the mercy of the people around me. There were times when writing became a chore, and wasting time a habit. Many times I wrote poems, only to think they were rubbish. I found myself consistently trying to make them better by making them faker – untrue to the spirit of what I was trying to say. Only when I stopped doing that did I find myself back in the cathartic process I had begun with.

In being young, I had the advantage of being stupid in what I said and felt. I’m told, as you get older, you’re not allowed to feel irrationally anymore. Logic becomes the new heart, and you start thinking in terms of borders and limits, and what stems from the result of those constraints. Only a 21-year-old could be so naively optimistic to plan a book around a single, ineffable event which, in the grand scheme of things, won’t even matter.

The truth is I never knew I was writing a book of poems until it turned into a book of poems. For me, writing a book, let alone a collection of poems, at such a young age was an outrageous idea. People my age have nothing relevant to say. My poems are a mere reflection of my mind. I began to question, how is this an exception? Everyone goes through heartbreaks, how am I any different?

But I allowed myself to try and give this outrageous idea a shot. As a result, what became of these poems was more than the sum of their parts. It became a story – an odyssey which dove deep into my cerebral mind and pulled lengthy versions of myself out into the ether. And at the end, it gave me the vision I needed to stand upon. I realised that being the same and not an exception, wasn’t so bad, and being one with the masses is what makes me feel included.

My debut book A Rush to the Stars is finally out for your amusement on Amazon. I hope you get a chance to check it out! If you like it, do leave a review and let me know personally how you feel about it!