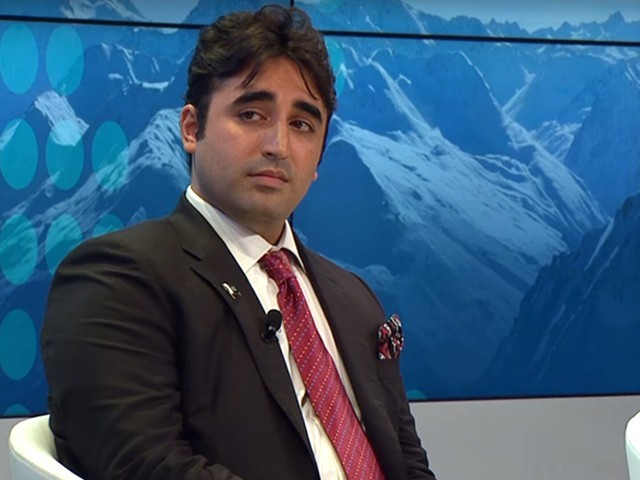 His answers indicate that Bilawal was just doing his job which he has been groomed to do, being a politician. PHOTO: SCREENSHOT

By now, the news of Bilawal Bhutto Zardari’s short, yet significant trip to Davos has reached the ears of every Pakistani. However, not many are aware of the discussions or sessions that he has both co-hosted and participated in as a panellist.

The only people who applauded his views which he shared at the World Economic Forum (WEF) were his party loyalists, who seem to revere everything that revolves around the young Bhutto, whether it is his flawed Urdu or raw opinions on his opponents, which are marvelously sugarcoated by his flamboyance and soft English accent. This charisma is quite apparent if the surroundings are not equally as majestic. However, on an international platform, such charm is hardly noticeable because the atmosphere is as sophisticated as the individual himself. Uunfortunately, Bilawal’s courteous attitude did not make much of an impact on the people who were hosting the sessions at the Forum.

In one of the dialogues, which focused on the origins and repercussions of “fake news”, there was a point when BBC senior anchor Zainab Badawi, who was conducting the session, appeared to stifle her frustration towards the young man and would often hastily end his sentences for him. I would not be surprised if she considered his opinions as being made out of juvenility; she chuckled at some occasions, simultaneously making brief interruptions when she felt that her Pakistani guest was supporting certain aspects of journalism that should not be supported.

Well, we cannot entirely blame Bilawal for not showing enough maturity, as he was one of the youngest panellists seated among some of the world’s top news and information outlets’ representatives. Comparatively speaking, the managing editor of the New York Times, Joseph Kahn was perhaps the only panellist that provided strong, comprehensive answers to Badawi’s sharp queries in the most composed manner, as opposed to a rather nervous Bilawal, who seemed to be intimidated by the sweeping responses of his fellow panellists.

The topic of “fake news” is swollen with content, with the proliferation of misinformation and propaganda in different parts of the globe having resulted in cyber warfares between developed nations, and in Pakistan’s case, detention and penalisation of people alleged of committing blasphemy based on hearsay evidence. Given the present condition of the world, in terms of rising and declining economies, foreign invasions and convoluted global politics, there is a lot to discuss and ponder upon.

For a Pakistani, requesting a presence for a brief discussion on the topic is like being invited to an open feast, because Pakistan itself has its own fair-share of notoriously interesting fables. The citizens of the Islamic Republic have witnessed their own country become a focal point of stories, sometimes authored by its arch-rivals and backed by unverified sources, but it is what their own country manufactures that occasionally catches the attention of the international community.

From promoting hate speech and lynching innocent individuals on allegations of blasphemy, to the correspondence between rival journalists with political affiliations in the forms of Op-eds and editorials, Pakistan, apparently, is one of the breeding grounds of fake news. The young Bhutto, without realising, was loaded with a wide variety of answers, but what he put forth were deeply altered responses that were not meant to fit the time frame of course, but rather, to avoid any backlash at home. He tentatively touched on the Pakistani state’s crackdown on dissenting voices. When asked whether fake news was prominent in Pakistan, the young Bhutto replied,

“There is no concrete answer behind it.”

What could be attained from this single, straight-forward answer is that, unlike developed nations, large factions of journalism have contributed to the fake news phenomenon in this developing country.

When it comes to Pakistan, it has not only been individuals who scribe down national events which often encapsulate their own expertise. Those who are part of the state mechanism, such as high-profile politicians, have vehemently meddled with the way information is broadcasted by local news outlets. Pakistani journalists, without a doubt, often act as courtiers of powerful political personalities, glorifying their superiors and denouncing their detractors. Moreover, they are produced with such compassion that it is difficult to separate fact from fabrication, which often goes against the popular narrative shared by the public, a situation which Kahn explained as “hyper-partisanship producing fake news, than fake news producing hyper-partisanship”.

Given his status as a renowned politician, one could say that Bilawal was invited for the wrong discussion. His words reflected traits of a leader, as compared to his fellow panellists, who were coming up with eloquent responses as expected from professional journalists. And if one thinks like a leader and a political representative, then there is a hidden tendency of curbing certain freedoms that are deemed necessary in order to preserve their dignity and popularity. Bilawal displayed similar symptoms when he amplified the views of Russia Today’s deputy editor-in-chief, who was constantly denying the allegations that Russia promotes state propaganda by weaponising information. This was a significant moment for Bilawal to bring up his own state’s increasing surveillance on online bloggers and their abduction thereof, an opportunity he did not take advantage of.

It showed a side of Bilawal that he is not willing to accept absolute independence of the press, because his party, Pakistan Peoples Party (PPP), also controls a small portion of the mass media factory, along with other mainstream political parties, which he was, nevertheless, sincere enough to point out. He mentioned Pakistani news agencies’ long association with large businesses and their growing commercialisation, but this type of information was added as a substitute to cover up major problems that are plaguing Pakistani journalism, part of which are due to hyper-partisanship. But it was not only the interests of his party and the Pakistani state that Bilawal seemed to be protecting – his tumultuous past appears to prevent him from sharing opinions that might land him into trouble, like his predecessors.

When the panel host asked for conclusive remarks, Bilawal emphasised on educating the masses to distinguish fake news from authentic information. The suggestion appeared to be valid, but after being a part of almost an hour-long debate, one expects a concise response to end a highly important conversation, yet Bilawal’s words seemed like a haphazard attempt to finish off a discussion he appeared to be unfamiliar with.

Following the session, his interview with the Indian news agency, India Today, was far more impressive than his flawed conversation at WEF. It might be because the interview was centred on Bilawal’s opinions as a politician and heir of a powerful political dynasty, and did not demand his expertise on any other topic except politics. The interview provided him with the opportunity to demonstrate his ability as a future policymaker. He provided succinct answers to his Indian host’s crafty questions, tangling him up in his own queries. If we compare the interview with the session, the Indian journalist was trying to overpower him, but Bilawal provided spectacular answers as a form of retaliation.

In comparison, at the WEF session, his views were rather sluggish, lacking content and research, which made him seem unprepared and uninterested. It may be because the young Bhutto is quite aware of the type of journalism that Indians promote across their country – their hyperbolic coverage of local affairs and anti-Pakistan rants are pretty famous around the world – so the PPP chairman did not have to develop an extra skill to answer Indian reporters.

However, at WEF, his opinions on “fake news” also based on his instincts did not do wonders, as the session demanded that extra skill, which is either absent in Bilawal or he is not willing to develop. The young Bhutto should look beyond the conformities of politics; one does not have to be a journalist to understand journalism, its qualities and deformities. Bilawal has the gift of saying the bitterest of things in the most charming way; he could have criticised the strong regulations on journalists and bloggers without incurring any sort of wrath from the state itself. By avoiding it, it indicates that Bilawal was just doing his job which he has been groomed to do, being a politician.