Padmaavat is daring, honest and soul-stirring, and belongs to Ranveer Singh through and through 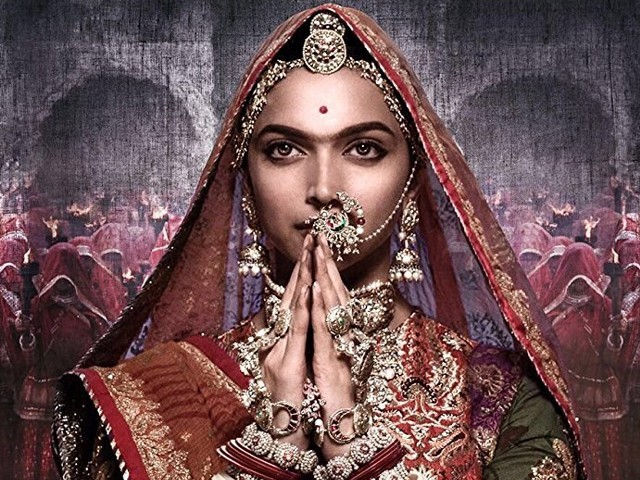 Padmaavat is a visual treat, with the sets, the costumes, and the make-up that all evoke a bygone era being simply magical to witness. PHOTO: IMDB

Padmaavat has been one of the most controversial movies to be released in recent memory. Right from the time its shooting began, it has been plagued by protests and disruption. This hostile reception of the movie is not entirely surprising, given that for some Indians, it invokes the memory of an extremely traumatic time in their history. Interestingly, it is not known for sure whether events actually unfolded the way they were portrayed in the poem, Padmavat, which happens to be inspiration for the film.

Yet, with the almost divine status enjoyed by Rani Padmini in certain communities, a magnum opus depicting her tale could have always been sure of garnering a lot of attention, both desirable and undesirable. Bruised and battered, its release was delayed by more than a month, but eventually this beleaguered film had its tryst with movie theatres across the world.

Moving beyond the context setting and the controversy, let us explore the merits of the film from the viewer’s perspective.

Sanjay Leela Bhansali, especially when he does period films, specialises in creating a spectacle of grandeur, majesty, and opulent fashion, and Padmaavat does not disappoint in that department. It is a visual treat. The sets, the costumes, and the make-up that evoke a bygone era are all simply magical to witness. It make one wonder if royalty in that period actually enjoyed such levels of magnificence as displayed in the film.

The lead actors have done a tremendous job at making us believe they really are who they play. Deepika Padukone exudes the exquisite intensity that is expected from a legendary Rajput queen, whose beauty could launch a thousand wars, and perhaps even naval operations had Rajasthan been a maritime state! She is simply a spectacle to behold, and unfortunately, her character is missing for long stretches of the movie, leaving you wanting more.

Ranveer Singh never ceases to amaze with his passion. He plays the role of Alauddin Khilji, the marauding sultan who was so smitten by Padmavati’s beauty that he prosecuted a ruthless war against her husband’s kingdom in order to possess her. His character’s transformation from a young sinewy lad to a brawny brute of an invader over the course of the film stood out as a testament to his commitment to be what is demanded of the character. He is menacing, lustful and brutal. He completely succeeds in making you want to hate him for his villainy, which is quite a departure from the usually effervescent and endearing characters he plays. It is his film through and through.

Shahid Kapoor does a good job as the besieged Rajput king, waging a lonely battle to protect his territory. However, he is outshined by Singh’s larger than life presence and doesn’t quite measure up to Padukone’s statuesque persona. The chemistry between husband and wife is more reflective of the properties displayed by a group of inert gases; there is a quiet passion and zero volatility. Perhaps that is why Bhansali chose to cast him as the eventually vanquished king; he is proud and principled, but ultimately possessing limited prowess that destines him for defeat in the face of a formidable adversary.

Aditi Rao Hydari has a small role as Khilji’s wife, but she is impactful in it. Jim Sarbh plays Khilji’s slave, Malik Kafur, and the film fleetingly depicts some homoerotic undertones between the two.

So Bhansali gets the characters right. He also succeeds in conjuring intricately choreographed grandeur that dazzles. The minutest details are captured to perfection. These are the film’s strengths.

There are, however, a couple of areas where the film is found wanting. For one, it is long. At two hours and 44 minutes, it drags in parts and can test the patience of those who will not be captivated merely by mesmerising visuals.

In terms of the story, since it is based on a historical poem, there isn’t much leeway for creating suspense. Anyone who is even peripherally acquainted with Indian history would know how the story is going to end. It is ultimately a costume dance-drama, recounting the simple story of a strange love triangle, albeit presented as an epic in the complex and tragic setting of a tumultuous time in history. The movie is a beautifully executed visual delight. Therefore, along with immaculate attention to detail and breathtaking texture, it is also soul stirring in many ways. The most heart-rending is the climax, where the women of the vanquished kingdom commit jauhar (a Hindu custom of mass self-immolation), choosing death over being ravished by the conquerors.

On this line of thought, we must digress for a moment and go back to examine the larger socio-political significance of Padmaavat. Yes, the act is anachronistic and patriarchal in this day and age, but in the context of those brutal times, it’s not a choice that can be casually dismissed by applying contemporary paradigms. In those times, that was the Rajput women’s way of contributing to the war effort by denying the enemy the gratification of post-conquest loot.

Bhansali had a choice in this film. He could have imparted a contemporary flavor by including a strong message on patriarchy and women’s empowerment. Or he could have remained true to the original story and shown things as they were in those times. He chose the latter, probably to preserve the integrity of the overall narrative, despite the artistic license he undoubtedly exercised in several other areas.

This brings us to a crucial question. Should this movie have ever even been made? It’s a story that has antagonised people at the opposite ends of the political spectrum. To the liberals, it eulogises patriarchy and the horrific practice of sati or jauhar that reinforce the secondary status of women. Some also argue that the portrayal of Khilji and his ruthless lust demonises Muslims as a whole.

On the other extreme, the celluloid rendering of their queen goddess has incensed some fringe elements. They claim that watching her dance is an affront to their pride and honour, though one suspects that the retelling of one of their most traumatic failures to defend themselves would have rankled as well. Nothing fuels indignation more than insecurity.

The question arises, does modern India really need to be told stories that reopen old wounds, deepen its existing fissures, and superimpose the values of a different era? Isn’t it best to keep these demons of history buried?

In a free society, this decision should rightfully be left with those who choose to make cinema or create any other form of art. The audiences should have the maturity to see it as a work of art and exercise their right to partake in it, or not, as per their inclination and convictions. And if people can learn their lessons from watching the mistakes made in history, even better for society. Those who don’t learn from history are condemned to repeat it.

Fortunately, most people in India are solidly in the middle and have been supportive of this freedom of artistic expression.

With that said, Padmaavat is a must watch spectacle. For everything the movie is, for the memorable acting, for the grand scale it dares to explore, for the emotions it stirs, and most of all, for the struggle it endured, it gets a wholehearted recommendation.