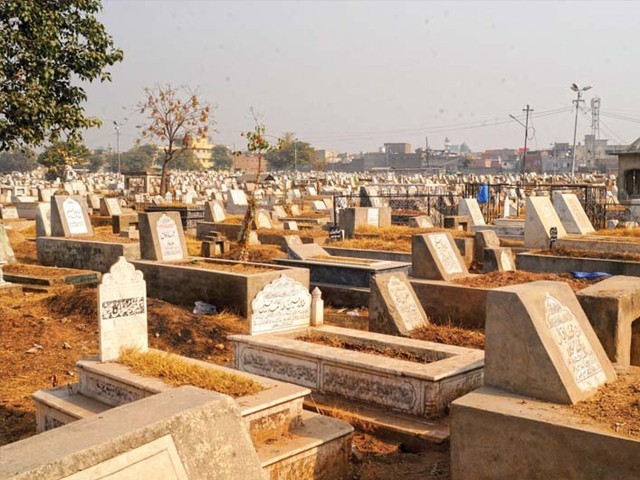 For a majority of tombstones, the text is trilingual – Arabic, Urdu and English. PHOTO: EXPRESS

Dear reader, you may recall my earlier piece where I detail my father’s catastrophic stroke. Dad made it home after a roller coaster of a hospital stay. He was on 24/7 nursing support for almost five weeks at home, and he needed that because half of his body was paralysed, while the other functional half tended to revolt or defy logic. For a strongly independent person to become completely dependent on home healthcare, a feeding tube and a urinary catheter, almost overnight, was understandably not easy for him.

And yet, he seemed to be slowly but surely improving, and his neurologist was happy with his steady progress. But life (or perhaps death) had its own plans for him. He died without much fanfare, much like the life he lived. Luckily, I happened to be by his side when he passed, and I got to be with him right to the end. 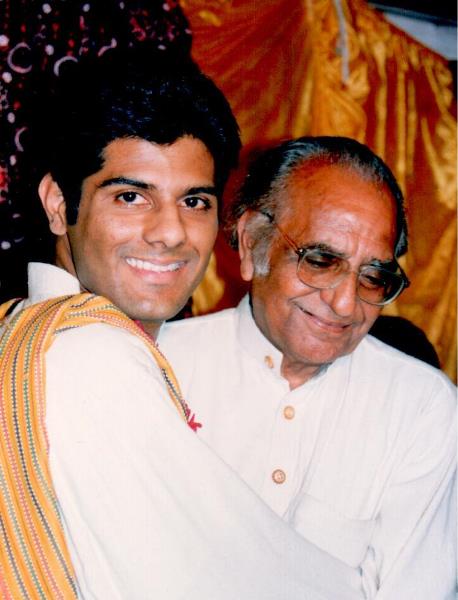 The author (L) with his father (R) at the former’s engagement ceremony, a lifetime ago. PHOTO: ASAD MIAN

Although I’ve been to the graveyard several times now since dad’s demise, the disorderliness of the graves continues to confound my ability to find the one that I seek. Hence, I have come up with a simple strategic list that now helps me every time I go back. I can only hope that this facilitates others too in successfully navigating through a graveyard.

1. I try to keep my frustration with the illogically planned graveyards of Karachi at bay. I also make it a point not to compare cemeteries in Karachi with their counterparts in Houston, my home away from home, so comparisons are perhaps better left at bay as well.

2. I employ what I term ‘distraction techniques’. To do so, I read several names, dates of birth, dates of death, and epitaphs on the tombstones as I make my way around, and more often than not, over the graves. For a majority of tombstones, the text is trilingual – Arabic, Urdu and English.

I also closely look at the structures of the graves. Some are enclosed in opulent immaculate niches with incongruent Greco-Roman marble arches, likely indicating the wealth and social stature of the deceased. Others appear worn down, headstones weathered and indecipherable, almost orphan-like, perhaps forgotten by both, time and family. As I pass by the graves of strangers, their names, vital statistics (if given), and epitaphs (where present), strangely enough create a sense of kinship with those sleeping there eternally. I feel a bit less lost, and less frustrated. The feeling does not dissipate, even when I come across tombstones with names like Mary, Martha, and John. Instead, I begin to muse.

Aren’t these folks supposed to be in the Gora Qabristan (Christian cemetery)? Perhaps they converted, but retained their maiden (baptismal) names. Or perhaps, like me, they are foreigners trespassing in a foreign land. (Note, all this is just part of aforementioned distraction.)

3. I become creative while making my way through the graveyard. As I itinerantly observe the graveyard’s inhabitants, a verse starts forming in my head, and it goes like this:

Of sisters, aunts and uncles too,

The dead were mostly old when taken,

Sans the new born babes in those smallest graves…

I apologise if my primitive attempt at poetry has given you heartburn, but I bet you get a good sense of the graveyard’s inhabitants, per se.

4. I then employ what I call ‘pattern recognition’. In other words, I visually and mentally secure the area surrounding dad’s grave in my memory bank, so that I do not get lost next time. I highly recommend this approach for all potentially recurrent graveyard visitors.

Although suddenly coming across dad’s as-yet unmarked grave is akin to finding an oasis in the proverbial desert (it’s almost serendipitous), what has really helped is memorising the names of dad’s eternal neighbours. Facing northwards while standing at his foot end, on his left is a lady – a begum, per the inscription – and an army major on the other side. Just beyond the north end is a child (going by the size of the grave), and that makes me happy for my father; he liked kids, and vice versa.

5. I put my cell phone’s camera to good use. I take a photo or two of dad’s grave with the neighbouring ones in the same frame. I realise, afterwards, that although taking photos of graves surrounding his makes it less taxing on my memory, the decorum or ethics of doing so without the informed consent from the living (next of kin) – or dead – is unclear to me. However, since I am keeping the photos only for my guidance and have no intention of sharing them on social media or otherwise, then perhaps it is alright?

6. At dad’s grave, I liberally sprinkle the rose petals that I have brought along with me. I let several fall on the neighbouring begum’s grave; given her proximity, it feels right to do so. I notice how the rose petals on dad’s grave attract honey bees and small butterflies. That too makes me happy, because he loved nature. Perhaps he shall continue to commune with those critters, more than he does with humans now?

7. I then light several sticks of Metro Millan agarbatti; that cloying, locally manufactured incense. Kneeling by dad’s grave, I recite what I can of Surah-e-Fateha. On attempting specific duas (prayers), my mind draws a blank, so I don’t push it. I feel that perhaps it is alright not to pray in any organised fashion.

For a pleasing experience at the graveyard, bring rose petals (and incense) to attract non-human (read: spiritual) life to your loved one’s grave, and pray in any way, language or manner that satisfies the heart.

And that, my dear reader, leads me to my final tip: Use your imagination to recall your loved ones frequently, and to speculate on their new abodes. You never know, it may do wonders!