The jury and the executioner: Misusing the blasphemy law for personal vengeance 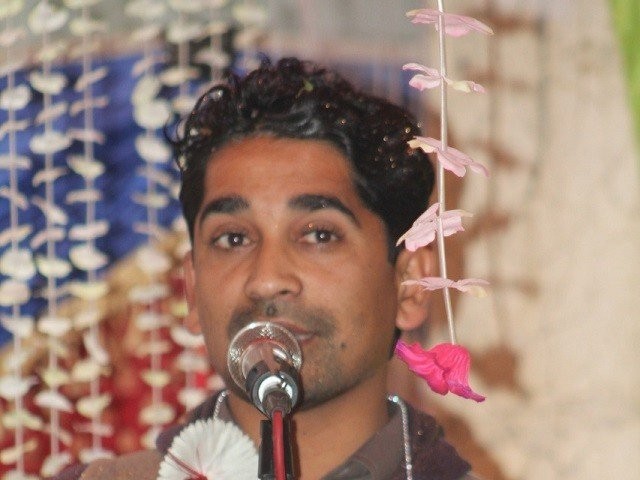 Sareer Ahmad, the principal of Islamia College Shabqadar, was killed by a student on the pretext of blasphemy. PHOTO: EXPRESS/FILE

A few days ago, I came across a headline that shook me to the core. A student killed his principal in Charsadda, on the pretext that the man had committed blasphemy by merely reprimanding him for his absence from school.

The student had skipped school to attend the infamous Faizabad sit-in. The fact that the dharna was supposedly conducted for the protection of the finality of prophethood, and his principal indirectly rebuking him for attending it, was enough for the student to justify killing him.

Over the past several years, I have witnessed several incidents in which blasphemy was used as a pretext for framing and killing individuals. There have been instances where people have used the blasphemy law to accuse someone, and sometimes vicious mobs have simply bypassed the need to use the law and have meted out violent “justice” by themselves. I still remember a few years ago, when a violent mob burnt a Christian couple alive under suspicion of blasphemy. And of course, the horrific incident of Mashal Khan’s lynching is also fresh in our memories.

However, this recent incident has perhaps shocked me to a greater extent, as it reveals that the problem has now attained dangerous and abnormal proportions. In this case, an individual has simply stretched the definition of blasphemy to his liking and killed his principal. This individual decided to act as both the jury and the executioner, with a cold-bloodedness that would make anyone cringe.

This time there has been no misuse of the law pertaining to blasphemy, but instead, a complete bypassing of the legal process. There was no angry mob involved, and unlike Salman Taseer’s murder, where due to his high profile one factor was perhaps a desire for self-glorification, this killing has been done purely out of deep-rooted beliefs. Moreover, this man showed absolutely no remorse after killing a person, and brazenly admitted that he is not afraid to kill. There is a strange sort of self-righteousness embedded in his behaviour, which is extremely concerning.

As mentioned earlier, the victim was an ordinary man, which takes out of the equation the desire in the murderer for attaining “immortal” fame in the vein of Ilm Din or Mumtaz Qadri. Instead, this particular murder has revealed that such acts are now being committed against ordinary people and out of personal conviction. There is a mainstreaming and dangerous normalisation of religiously motivated murders, which shows that extremism is no longer a fringe, but is slowly morphing into an everyday reality.

Ordinary people, like you and me, have every reason to fear. Any statement, particularly if it is even remotely perceived as a criticism of the behaviour of religious fundamentalists (the principal was, after all, killed because he reprimanded the student for missing his classes) can motivate a person to do the unthinkable and that too with conviction. Qadri had interpreted Taseer’s criticism of Pakistan’s blasphemy law as blasphemy itself, and now we are at a stage where this individual has simply decided that a reprimand by his principal for missing classes also counts as blasphemy. Blasphemy is a very serious and pertinent issue, but what constitutes as blasphemy is increasingly no longer a question that courts have to decide. Instead, it is left to what an enraged person feels on the spur of the moment.

This form of extremism is even more dangerous than suicide bombings, as the latter can be tackled to some extent by eliminating physical sanctuaries and training camps. Suicide bombers are a very tiny fringe and often constitute of teenagers who are brainwashed and trained to commit acts of terrorism.

What we are witnessing now, however, is quite different, and much more difficult to tackle. Moreover, extremism is no longer just a Salafi or Wahabi domain, but is slowly seeping into other sects in another and perhaps more dangerous form.

How have we come to this situation?

For years, the liberal intelligentsia has been challenging the misuse of our blasphemy law. However, in my opinion, the situation is not limited to the law itself but also due to a politicisation of the issue. What was previously only a matter tackled by religious groups, has in recent times become the political strategy of mainstream political parties, particularly the Pakistan Muslim League – Nawaz (PML-N) and the Pakistan Tehreek-e-Insaf (PTI).

Both parties have in recent times frequently whipped up religious sensitivities in the public sphere. In 2017, the opposition politicised the Election Bill 2017, accusing the government of tinkering with the finality of prophethood clause. Sheikh Rasheed openly alleged that the government had removed the clause from the election bill, forcing the government to restore the original and rectify its “mistake”.

During this entire issue, the Pakistani media kept on sensationalising the matter in the most brazen manner. There were TV programs in which some anchors openly claimed that the government had compromised the clause, and criticised it for it. Before that, some Pakistani TV channels also indulged in reckless behaviour, including levelling charges of blasphemy on the abducted bloggers. Due to this, the already sensitive issue became even more sensitive in the public’s imagination. Such irresponsible coverage of the electoral bill controversy further worsened the situation.

Cornered and desperate to wriggle itself out of the controversy, the PML-N government decided to play on the same religious turf, with MNAs like Captain (retired) Muhammad Safdar indulging in a diatribe against the Ahmadi community to engage in some damage control.

This was followed by the Faizabad dharna, where a few thousand men literally forced an elected government to yield to their demands. During this entire time, the opposition reiterated its blame on the government for its “mistake” and instead of helping during this extremely sensitive time for the nation, only created obstacles that further exacerbated the matter.

Immediately after the Faizabad debacle, some of the PML-N assembly members, fearful of being branded as culprits with respect to the sensitive religious issue, have constantly been bringing up religion with extra intensity and have also been increasingly aggressive towards minorities. The government even fought the by-election in Chakwal using such tactics.

Likewise, the PTI has also been flogging this issue and actually lent support to hardline religious clerks. Jahangir Tareen even met the spiritual leader, Pir Hameeduddin Sialvi, and assured him of PTI’s support. Following that, PTI’s Imran Khan also attended the Khatm-e-Nabuwat conference, a gesture which once again projected the issue further into the public sphere. In his speech, Imran once again stressed the need for finding the reason behind the “amendment” in the Election Bill 2017.

Both mainstream parties have been trying to outdo each other, creating a vicious cycle where sensitive religious issues are getting mainstreamed and in the process, reactionary violence is being normalised. Both the electronic as well as social media are also constantly sensationalising the issue, further increasing the sensitivity of the entire matter.

When all of this is happening in the country, the latest incident in Charsadda should hardly come as a surprise. The murderer pulled the trigger, but we are all collectively responsible for being the enablers. As we rapidly slide towards mayhem, one can only be increasingly fearful that the coming election will be fought along similar lines, which will definitely not bode well for the future in which Pakistan remains a tolerant nation.