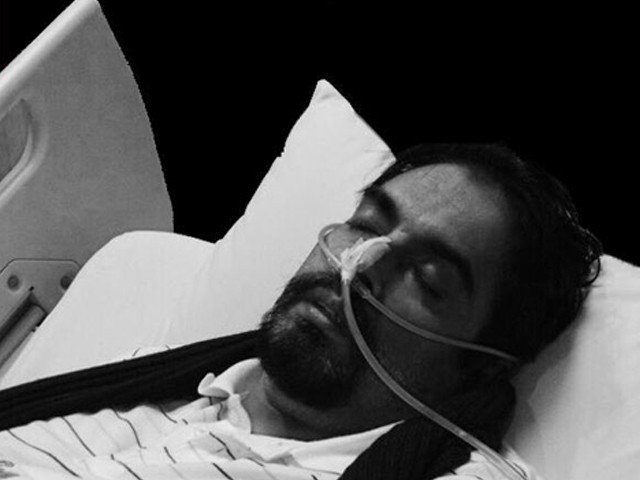 Zulfiqar Ali was taken into custody in 2004 in Indonesia on drug-related charges and is suffering from chronic liver and Diabetes Mellitus. PHOTO: TWITTER/JUSTICEPROJECT_

Conflicting interests and balancing human rights with state laws lie at the heart of the sentencing process. Judges may arrive at decisions based on either restrictive or broader interpretation of laws. Hence, the plight of terminally ill prisoners can only be resolved by having concrete laws and policies formulated to create exceptions to cases like that of the Pakistani death row prisoner in Indonesia, Zulfiqar Ali who is suffering from chronic liver and Diabetes Mellitus.

Ali was taken into custody in 2004 on drug-related charges. The doctors have said that he has approximately three to six months left to live. This has led to a movement in Pakistan to get Ali back home so that he can spend his remaining days with his family.

In cases like Ali’s, one policy that can be used is to instruct jail authorities to approach the appropriate court which may release such prisoners on bail on humanitarian grounds.

One may question the need for such an exception to be made in the first place especially from a legal point of view, given that laws should apply to everyone uniformly regardless of gender, class or creed. There are two main reasons for this.

Firstly, releasing terminally ill patients is not a utopian idea. It is, in fact, recognised in the UK under Section 30 of the Crime (Sentences) Act 1997, according to which the Secretary of State may, at any time, release a life prisoner on licence if he is satisfied that exceptional circumstances exist which justify the prisoner’s release on compassionate grounds. Furthermore, in the US, under Federal law 18 USCs 3582(c), there are circumstances under which a federal court may modify an imposed term of imprisonments.

One avenue of possible modification allows a federal court “upon motion of the Director of the Bureau of Prisons” to reduce the term of a sentence if it finds that (1) “extraordinary and compelling reasons warrant such a reduction”, or (2) “the defendant is at least 70 years of age, has served at least 30 years in prison,” and the Director determines that “(he) is not a danger to the safety of any other person or the community”, and that “reduction is consistent with applicable policy statements issued by the Sentencing Commission”.

Secondly, the general justifications for punishment are two-fold:

1) An instrumental justification which views punishment as a means to achieve general deterrence or as a means to reinforce the internal norms of citizens against harmful conduct.

2) A retributive justification which conceptualises punishment as the appropriate moral response to repay the offender for the harm caused or as a means to offset an unfair advantage gained by the offender in committing the deviant act.

The question to be asked in the case of a prisoner like Ali is, how much of a security risk could a terminally ill cancer patient really pose?

The importance of this question becomes even more evident given the fact that there are allegations of confession being obtained through coercion from him. There needs to be a balance struck between punishment and compassion for terminally ill prisoners. When a prisoner is terminally ill, the achievement of penal goal is less important, the threat to the public is diminished, eliminated, and compassion becomes more important. Hence, releasing such prisoners on compassionate grounds becomes ethically and politically expedient.

What should be done in Ali’s case given its urgency?

The only way out is intervention of Prime Minister Shahid Khaqan Abbasi, who can try influencing the President of Indonesia, Joko Widodo, for granting clemency in Ali’s case. Article 14 of Indonesia’s 1945 Constitution sets out a number of quasi-judicial powers available to the president, exercisable through Presidential Decree. Each of the powers is a means of providing immunity from the effects of criminal litigation.

If one looks at the Indonesian laws in depth, it may be noticed that death penalty is against some of the laws upheld by it. For example, death penalty violates the most fundamental right in human life – the right to life. This right is enshrined in Indonesia’s Constitution:

Be that as it may, the importance of having laws and policies to address the issue of the rights of terminally ill prisoners should be dealt with utmost urgency. Otherwise, cases like that of Ali who may not necessarily attract public attention may remain unresolved.