How does one demand #JusticeForZainab from the Punjab government when the executioners are the perpetrators? 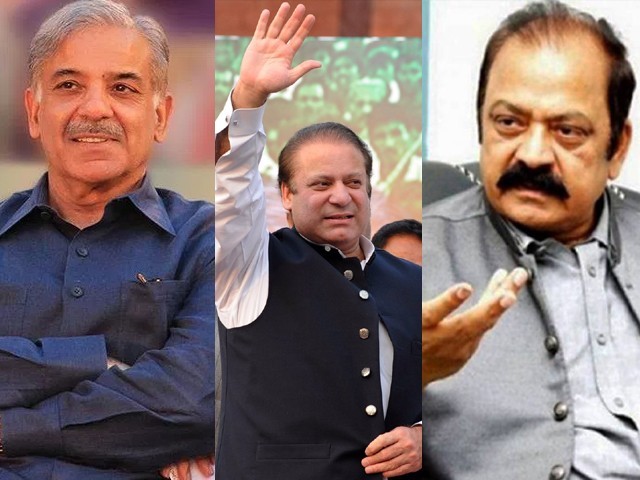 Over 700 cases have emerged since 2015 in Kasur alone, but no action seems to have been taken against the culprits.

Punjab has now become a hub of sexual violence and a living hell for children. The plethora of rape cases being reported in this province alone is higher than all the other provinces combined. One wonders though, why the Pakistan Muslim League-Nawaz’s (PML-N) tenures always wreak havoc on innocent children. Is it criminal negligence, or a deliberate failure to act against the perpetrators? Or is it something else entirely?

In 2015, over 200 children were sexually abused in Kasur, and their pornographic videos sold in the international black market. In response, there was a long list of notices taken by the Sharif brothers and a joint investigation team (JIT) was ordered as well. A typical promise that the criminals will meet their fate was made repetitively by officials. However, nothing came out of it, since over 700 cases have emerged since 2015 in Kasur alone, but no action seems to have been taken against the culprits.

This may be because it’s hard to punish a culprit when he is a part of you. Malik Saeed, a local MPA of the PML-N, pressurised the police for the Kasur suspect’s release and also tried to hush up the scandal/abuse instead of exposing the criminals. In response to the Kasur incident of 2015, Rana Sanaullah, the Law Minister of Punjab, suggested that it was over a land dispute and stated that no actual child rape had occurred or films of said crime existed. Thus, the whole matter was quickly swept under the rug, while the mastermind remains a member of the Provincial Assembly, and probably still manages such activities.

Had the ringleader been hanged back then, would further violence occur in Kasur? I don’t think so. But since a precedent had been set owing to the government’s inaction, the rapists and paedophiles became fearless.

And they struck again!

Another innocent flower was crushed before it could blossom. The seven-year-old Zainab was brutally raped for five days and then murdered, before being thrown into heaps of garbage in the same Kasur area. The campaign to get #JusticeForZainab soon took over the nation, and soon after another girl’s dead body was discovered lying in the fields of Sargodha, following which a 15-year-old boy was raped and then killed in Faisalabad. Case after case came out, speaking volumes about the government’s ineptitude and lack of interest in tackling sexual violence.

There has been an alarming trend of rapists getting away scot free, perhaps owing to their affiliation with mainstream political parties. In Lahore, a MPA of the PML-N, Munawar Gill, allegedly raped a girl in 2009. Then there is the Lahore rape case of a 14-year-old, in which the victim identified PML-N leader Adnan Sanaullah as the sole culprit. In Faisalabad, three sons of an MNA belonging to PML-N gang raped a woman. Numerous other cases where the criminals happened to be a part of the ruling party were either downplayed or didn’t come to attention in the first place, and of course, justice was denied in each case.

Tragically, the Punjab government and law enforcement have always either stood with the rapists in most cases, or shown criminal incompetence. Turn any corner in Punjab, you will find a rape case. Look deeper into it and you will discover that the rapist either belongs to PML-N, or draws influence from it, using that to get away from his crimes against women and children.

However, not even the tragic case of little Zainab was able to shake the conscience of the higher ups and make them take serious action.

Both the government and the police have been extremely laid back when it comes to catching those at fault and delivering justice. The police initially didn’t cooperate with the family, didn’t take the missing person’s report seriously, didn’t try hard enough to find Zainab when she was reported missing. According to rumours, not only did they refuse to register an FIR after Zainab was reported missing, they demanded a prize of Rs10,000 from the victim’s family after discovering her dead body! Even the sketch issued by the police of the perpetrator was vastly different from his face, as seen through CCTV footage, and the wrong person was accused and arrested.

Later, when people took to streets to protest, the police, acting upon the orders of those responsible for the notorious Model Town massacre, killed two protestors for demanding justice. It is also a fact that the current Station House Officer (SHO) of the area where Zainab resided and found went to jail after being caught on camera for bribery, but later, Shehbaz Sharif arranged his release and re-posted him as the SHO. This is the state of the police in Punjab; where those demanding justice are killed while rapists and serial killers roam free – and we wonder why criminals never get caught!

Then there is Rana Sanaullah, who clearly has a history of standing on the side of the perpetrators. He has shamelessly accused the media of inciting violence, even urging the media to downplay the incident for a few days until people’s anger has cooled down. Perhaps, he has already ensured the rapists that he would suppress the whole matter in weeks and ensure nothing happens to them, just like the last time. If not, why was he asking them to not to protest and sit while the matter was “handled” in a few days?

According to Sanaullah, the parents are to be blamed for leaving her behind. By the same logic, is the innocent Zainab also to be blamed for going with the perpetrator? To me, the responsible ones are the voters who elect people like him. This sorry excuse of a human being is supposed to be the upholder of law in Punjab – and we wonder why we are in the state we are currently in!

There was still hope that perhaps the chief minister would take some concrete step, unlike the others, but his demeanour was more than disappointing. He took notice of the crime, then suspended a few people here and there, announced a reward to catch the culprit, and then as part of a publicity stunt he visited the family late at night, so as to avoid facing the enraged public. A photo session ensued, during which he was trying to act concerned in consoling the father while posing for the camera.

So far, we have only seen Shehbaz take notice every time something horrible happens to a child, but the result is the same every time, in that there is no result. Contrarily, when a girl was raped in Mansehra in May 2014, the then Inspector General (IG) Nasir Durrani didn’t wait for someone else to take notice. The police came into action immediately and the rapist was imprisoned within 12 hours. Those who continue to support the government with lame excuses must try to search for a single photo in which Imran Khan or Pervez Khattak are posing for photos when visiting a rape victim, subjecting her to further humiliation. They won’t find any, because where the system and institutions work without political interference, there is no need for any photo sessions. However, Shehbaz can always be witnessed trying to compensate his ineptness by visiting victims in front of the media.

Ever since the incident, a predictable pattern of clichéd, useless, rote learned condemnations, notices, orders of inquiry and inquiry reports has ensued. All talk but no action.

Nawaz Sharif is demanding justice – from whom? Maryam Nawaz is hoping and praying – for what? For her party to have a conscience? Such is the state of the country that those in the ruling party, the people currently in power who are quick to use the state machinery for their personal agendas, have nothing to say for Zainab except hope and prayers. Zainab’s father himself has such little faith in the government that instead of requesting the government for anything, he has requested the Army Chief to look into the matter. After witnessing years of incompetence, he knows better than to ask anything of the state.

Ironically, the same people who voted for the PML-N candidate in Chakwal were unable to send their daughters to school the next day, in a state of fear after what happened to Zainab. However, how long can they protect their daughters from the predators roaming freely in search of prey, if they continue to elect the predators’ guardians? PML-N was victorious in all the polling stations in Kasur too. Perhaps this incident will serve as a wakeup call for who we elect in the next elections, and what we need to start expecting from our elected officials.

This is not a case of bias against PML-N. This is an argument to hold the government accountable for its actions, or lack thereof. This is to criticise the government for its repeated failure in protecting its citizens, for we have not forgotten what happened in Kasur in 2015, but the government clearly has. Can we really afford to ignore this harsh reality and act like it’s merely a case of incompetence or misplaced priorities? How does one demand justice from the Punjab government, when the government itself is part of the problem? The executioners happen to be the perpetrators!

We must identify the root cause of the issue – which is ultimately the lack of governance. The lack of action taken against rapists is alone enough to encourage them to keep going, since there is no fear of consequences, as there aren’t any. How long are we going to stay silent, and ignore the fact that elements within the government’s ranks actively harbour rapists, while it looks the other way? This nexus has been the main source of the child sexual abuse and rape cases in Punjab, where they have by now become a norm.

The people need to come out more fiercely than ever before, and demand justice until it is served. They need to make sure that Zainab is not forgotten after a brief outrage, while they wait for the next Zainab to show outrage once again. In that case, the dead body discovered from the garbage wouldn’t just belong to a child, but our collective conscience, since we would have failed the children of this nation yet again.