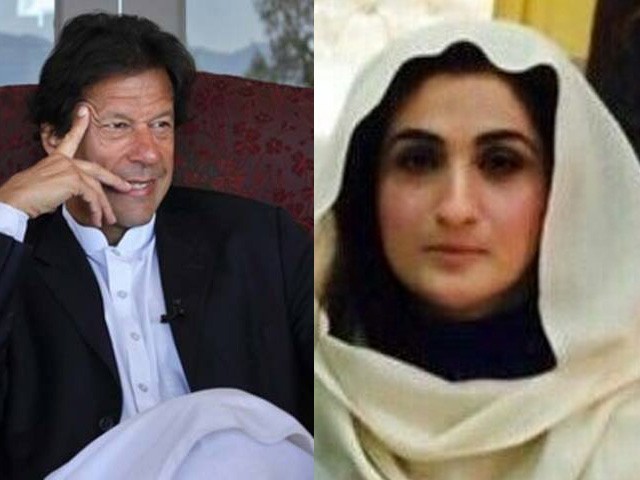 The entire social media, where PTI has a massive presence, is reeking of similar hypocrisy and double standards.

A few weeks ago, before the media storm was unleashed by Imran Khan’s alleged third marriage, a friend of mine sent me a WhatsApp message in which he mocked Bilawal Bhutto Zardari. His contention was that Bilawal had “technical” faults and was a closet homosexual. I tried to ignore him at first, but he kept pressing at the issue. I replied by saying that firstly, he had no proof for making such an assertion and secondly, even if it was true, it was his personal matter.

Some days later, I got another message, in which he was desecrating Maryam Nawaz’s character by alleging that she had eloped 25 years ago with Safdar Awan. This allegation perturbed me a lot and I requested him not to make such baseless assertions and reminded him that Maryam’s marriage was her private matter.

Ironically, the same friend texted me in the middle of the media frenzy regarding his leader Imran’s third marriage and started lecturing me about the need for respecting Imran’s private life. Funnily enough, he also sent me the video clip of Bilawal’s short response terming it as the most mature response. I politely reminded him of his earlier texts about Bilawal and Maryam and pointed out his obviously different standards. He chose to remain silent in response.

But my friend is not alone. The entire social media, where Pakistan Tehreek-e-Insaf (PTI) has a massive presence, is reeking of similar hypocrisy and double standards. Right now, they want to thrust “it is his personal life” mantra down the throats of everyone, while they themselves have, for years, been indulging in shameless character assassination of their political opponents. On Twitter, I have seen shameless tweets suggesting that Maryam’s daughter was born after merely four months of marriage and also about how she had supposedly eloped in 1992.

My Name is Maryam Nawaz and i am very Sharif woman.Never ever thought of running away with Captain Safdar.It was IK who spread false rumours of my running away from home.😌🤓

Maryam Nawaz got married in December and her daughter mehr-un-nisa was born after 4 months of her marriage and Maryam Nawaz is talking about Imran Khan's illegitimate child. The irony is unmistakable.#ImranKhan

One has to merely follow her, or Reham Khan’s account to understand the level of filth some of the PTI supporters are capable of.

I wish Imran khan should marry with a good woman, not like reham khan whose original name is 'REHAM NAYYAR RAMZAN' greedy,cheater,dancer,gold digger, hypocritical, who betrayed with ex hubbies and family. https://t.co/LPUN137Gb2 #ChakwalKaptaanKa #Pakistan #PTI

To be fair here, I have seen similar level of posts made by other parties also. I once wrote about the way Pakistan Muslim League-Nawaz’s (PML-N) supporters often tried to drag Tyrian White in their online battle against PTI. I argued that constantly harping on the Sita White issue was frankly wrong and bringing Tyrian into the discussion was completely disgusting and third-rated.

Gutter twitter is overflowing with filth. Insafis are bringing in Maryam's marriage to Safdar for the usual sins and Noonis are attacking Imran Khan for possibly marrying the third time.

And then you blame Hum TV dramas for showing regressive, misogynist sht.

However, while it is correct to argue that other parties have also done the same, the problem here is that it is PTI which always claims to be some sort of anti-status quo party. Yet, in reality, their online behaviour is actually filthier, augmented by their comparatively larger presence in the social media.

Today, these self-righteous supporters and abusers are requesting for privacy while completely forgetting their own disgusting behaviour when it comes to opposition leaders.

But their hypocrisy aside, from a normative perspective, is their claim that marriage is a totally private affair correct?

The problem is that globally, marriages of famous politicians and celebrities are discussed in the media. One cannot keep it under the wraps, even if one wishes to make it a totally private affair. How you marry and where you marry will always be a topic of discussion.

Perhaps then he should not have been discussing his marriages on television, at the infamous dharna, and any other place where his ego is tickled. IK is Pakistan's property – perfectly fair for Pakistanis to discuss and analyse his marital status. https://t.co/rhAfvz156a

Problem is not with the coverage of the news but rather the nature of the coverage. In Imran’s case, I do agree that media coverage has been irresponsible and bent on creating excessive hype. Moreover, it has also shown glimpses of completely unethical journalism. For example, an article (now taken off) from a leading daily attributed statements from Bushra Manika’s former husband blaming Imran for the break-up of his marriage. However, subsequently her ex-husband had to record a video message  in which he made it clear that he had not said any such things. This kind of reporting is irresponsible and morally wrong.

Imran’s marriage, whether it has taken place or not, will continue to be discussed. PTI supporters are wrong to expect that it will be treated as a completely private affair. However, they are correct in their criticism of the way it is being covered. At the same time, they should also realise that their own behaviour also reeks of the same filth which they are accusing others of.