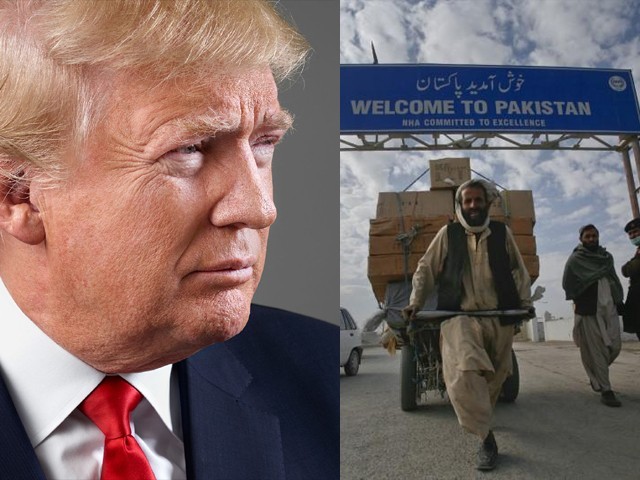 The US-backed Afghan government is already failing its citizens as it is.

Donald Trump is soon going to regret what he tweeted about Pakistan on New Year’s Day, in accusing it of giving safe haven to terrorists, since Islamabad is poised to hit Washington with an asymmetrical counterpunch that it surely won’t forget.

The Pakistani government just announced that over 1.9 million Afghan refugees must leave the country within the next 30 days, a plan that it has been working on for a while, which just received not only a fresh impetus, but an internationally-acceptable justification with Trump’s tweet.

Had it not been for the American President’s zero-tolerance towards immigration from what his administration labels as “terrorist-prone” countries, which crucially includes Afghanistan for substantial and not political reasons (as the latter relates to Iran’s inclusion and Saudi Arabia’s exclusion), then Pakistan would have risked drawing heavy pressure from the State Department on exaggerated claims that it is “violating the human rights” of the refugees.

Trump, however, said that Pakistan was giving “safe haven to the terrorists”, and since the US formally regards Afghan refugees as being too much of a potential security hazard to allow into its own country, it is forced to accept Pakistan’s expulsion of 1.9 million of them on the implicit basis that they also constitute a serious terrorist threat to the state, such as the one the president tweeted about.

This isn’t at all what Trump meant when he issued his tweet, nor the reaction that he was expecting. By cleverly exploiting the president’s own policies at home and the suggestion he was making towards Pakistan abroad, Islamabad found a creative way to asymmetrically strike back at Washington.

Not only could Pakistan soon rid itself of actual terrorist sleeper cells and societal malcontents who have long overstayed their welcome in the neighbouring country, it will also be catalysing a series of cascading crises for Kabul through the employment of what can be described as reverse “weapons of mass migration”.

To explain briefly, Ivy League researcher, Kelly M Greenhill, introduced the concept of “weapons of mass migration” in 2010 to describe the ways through which large-scale population movements – whether “naturally occurring”, engineered, or exploited – impact their origin, transit, and destination societies, theorising that this phenomenon can have a strategic use in some instances.

It is of relevance that the influx of millions of Afghan “weapons of mass migration” into Pakistan since 1979 had the effect of destabilising the host country’s border communities, and eventually contributing to the spree of terrorist attacks that have since claimed over 60,000 lives in the past 15 years. But now, the large-scale and rapid return of these “weapons” to their country of origin will also inevitably destabilise Afghanistan.

The landlocked and war-torn country is utterly unable to accommodate for what amounts to a roughly 3% increase in its total population in the next 30 days, especially seeing how the Kabul government exerts little influence beyond the capital, and has no sway in the approximate half of the country that is under the control of the Taliban.

The US-backed Afghan government is already failing its citizens as it is, and that is why so many of them have either joined the Taliban or sympathise with them in the first place. So the odds of the returned refugees successfully reintegrating into their homeland’s socio-economic fabric and becoming “model citizens” are close to nil, meaning that it should be expected that the vast majority of these 1.9 million people will more than likely come to side with the Taliban rather than Kabul, and consequently, make the country much more difficult for the US to control.

In essence, what Pakistan has done is throw Trump’s tweet right back at him by using it as the internationally plausible pretext for initiating this long-planned move, that was originally predicated solely on apolitical, security-centric domestic interests. However, this has now pertinently come to embody geostrategic contours, by powerfully turning the tables against the US in Afghanistan through the employment of reverse “weapons of mass migration”.

This post originally appeared on the Oriental Review here.