Abbottabad raid commission, and other wastes of time 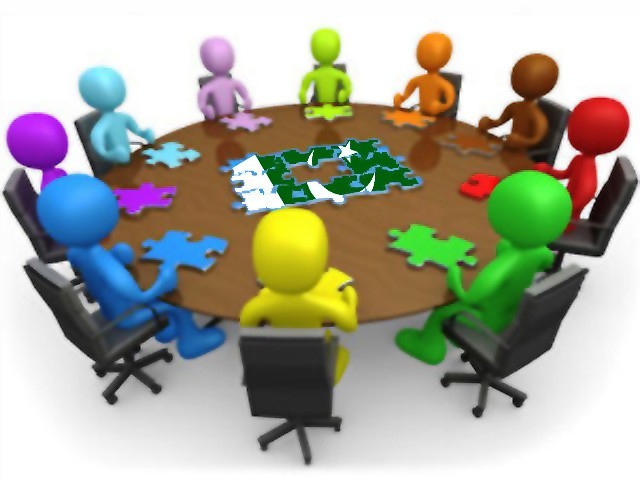 What is the need of having a commission when you have already know what happened and how it happened?

While the country is going through one of the most turbulent times in its history, our politicians believe that this is the perfect time to play politics.

This time, the politics is of commissions.

The raid to kill Osama Bin Laden was embarrassing while totally against the sovereignty of this country. This is something many firmly believe. I am not saying whether it was wrong or right;  just that it made us look bad.

Now, the smart thing to do would be to launch an investigation in to the incident, to understand what happened and how we ended up in this position. The intention behind the inquiry should not be to change what happened, but to actually learn from it. But, this seems to be the last thing on the mind of our government, who did enjoy the joint session of parliament, as it gave them a chance for political point scoring, but then it took them about 25 days to set up a commission to investigate the incident of May 2.

And now that the commission has been established, Pakistan Muslim League-Nawaz (PML-N) has issues with it and has decided to reject it outright.

As a common citizen, this leads me to ask five questions:

1. What is the need of having a commission?

We already know what happened and how it happened. Why should we spend public money on a commission which may or may not come out with a report after months and months, by which time the report would be irrelevant to the ongoing situation of Pakistan?

I am just curious because I would love to know how the government and the opposition decide who is independent and who is not. The correct term they should be looking for is ‘Bipartisan,’ not ‘independent,’ because the latter is very hard to judge and find. Bipartisan on the other hand would show maturity from our politicians whereby all political parties nominate a person to the commission. That is if we even need one to begin with.

Sitting in the Opposition does not mean that you have to oppose everything; if you wanted a say in the makeup of the commission, you should have asked for a bipartisan one. Instead when it was being discussed in the parliament, you stayed quiet and allowed it to be independent. Now that you have made a mistake, just suck it up and please let this country move on to presenting an 18 per cent deficit budget that will break the backs of the poor.

4. Why doesn’t the government just make one super commission?

I suggest a bipartisan commission to investigate exactly what the hell has been going on in Pakistan since April 2011. So far, if you go through the news, the government has announced over 8 different commissions to investigate various things. This basically means, we are paying tax money for eight different groups of people to conduct 8 investigations. I know realise the events were different, but let’s just make one commission and stick to it, so that every time something happens, we do not waste time playing politics.

5. Whatever happened to working together for democracy of the country?

This was the slogan for the Pakistan Peoples Party (PPP), PML-N, Pakistan Muslim League-Quaid (PML-Q), Muttahida Qaumi Movement (MQM) and pretty much all other parties as well. So, apparently when the country is going through a terror raid, working together is not a good idea and instead everyone has diverted their focus to point scoring.

I cannot ask politicians to stop being politicians, but what I can ask them is to try and have some sense and think about this country once in a while too. I know it may be hard for them at first, to care for something other than themselves, but it is possible to love the country they are exploiting.