Can Disney live up to its own fantasy standards with ‘The Nutcracker and the Four Realms’?

Over the decades, Disney has mastered the art of recycling popular stories and fairy tales and turning them into either animated or live-action cinematic adventures that charm audiences while also dominating the box office. After all, some of their highest grossing ventures, such as Frozen (2013) and Beauty and the Beast (2017), have been inspired in a similar fashion from existing works. Their latest foray into the fantasy adaptation is The Nutcracker and the Four Realms, a live-action reimagining of a Christmas classic.

Directed by Swedish filmmaker Lasse Hallström, the movie is based on both, ETA Hoffmann’s story The Nutcracker and the Mouse King, and Pyotr Ilyich Tchaikovsky’s immensely popular ballet The Nutcracker. The trailer promises that Disney will put its own spin on the celebrated ballet by exploring a “dark side” to the Christmastime tale. Mackenzie Foy, best known for portraying Murph in Christopher Nolan’s Interstellar, and Renesmee Cullen in The Twilight Saga stars as Clara, a young girl who finds herself led to an adventure in a mysterious parallel world by a magic string. Keira Knightley looks lovely as always as the Sugar Plum Fairy, with the elaborate costume adding to her look perfectly. Plus, we have Morgan Freeman wearing an eye patch in the guise of Clara’s godfather, Drosselmeyer. Helen Mirren also stars as Mother Ginger, while American ballet dancer, Misty Copeland, appears in a supporting role as The Ballerina. 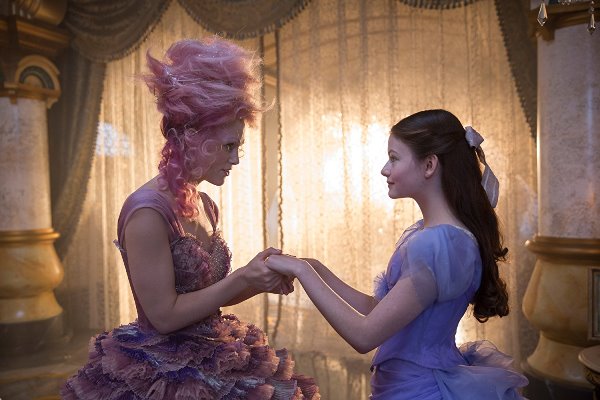 The preview does not reveal much about the plot of the film, nor do we see enough of any of the principle actors to find out how well-cast they are in their respective roles.

Aesthetically, however, the film seems gorgeous. There are beautiful costumes and colourful sets which suggest that Disney’s next holiday feature will undoubtedly be a visual treat. Plus the soaring score – with Grammy Award winner James Newton Howard in charge of the music – promises to be very impactful. 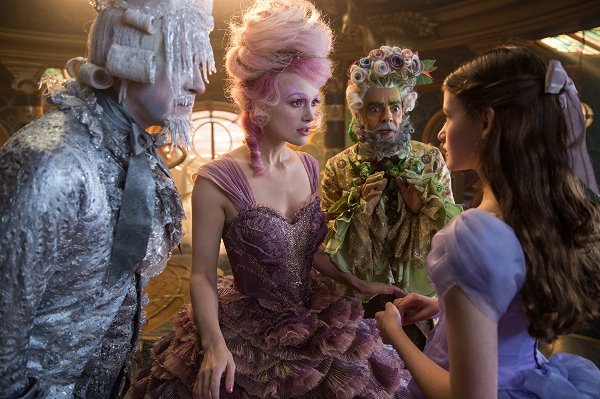 On the other hand, it all just seems a little too akin to the Alice in Wonderland series and The Chronicles of Narnia, a comparison that inevitably befalls several epic fantasy adventures. Only time will tell if the film has enough to stand on its own. The film does have several elements that could potentially make it entertaining, with its talented cast definitely working in its favour, but we still have a very long wait to find out how well all these elements will fit together. The Nutcracker and the Four Realms releases on November 2, 2018.