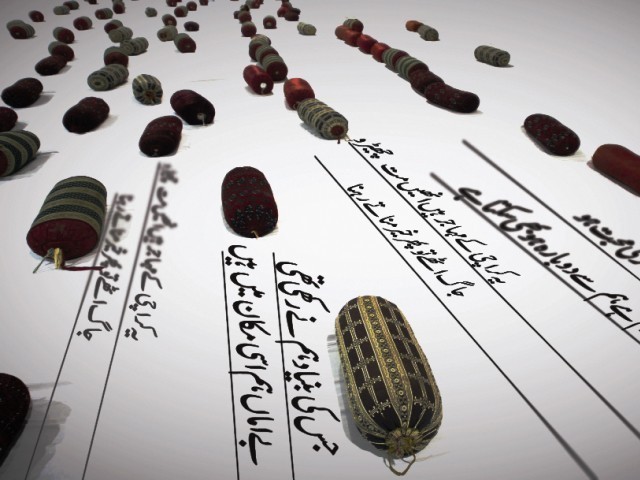 Where are the wits among the audience who can come up with crisp comments that not only refresh you after the bland verses but also amount to fair criticism? DESIGN: ANAM HALEEM

I came across Hameed Akhtar last week and found him quite out of sorts. He complained that even after he had written a column about his failing health none of his friends had come visiting to inquire after him.

I felt so embarrassed and yet, I realised, the only person really responsible for it was himself. His column about himself was followed immediately by one that made me forget his illness. Even when I recalled the previous column, I was convinced that the latter column could not have been written by an ailing man. It was about how mushairas, the traditional poetry recitations, had ceased to be fun, having lost both melodious singing and hooting.

How could Hameed Akhtar have ever expected, having written such a fun column, that his friends and admirers would worry about his health? His recent column, of course, has caused me anxiety. It says he has taken to email, although he cannot operate it on his own. Accessing the messages in his mailbox requires his daughter’s help. I tell you I am worried. Owning a weapon one cannot use by oneself can result in considerable trouble. And while his daughter takes care of the access issue, he is unhappy that rather than useful feedback on his columns most of the messages have disgusting content.

It is obvious thus that Hameed Akhtar himself ignores his health. Why else should he read all these letters hoping that they might contain comments on his columns? And how can I break it to him that both email and its contents are bad for him? Of course both email and internet are highly addictive.

This reminds me of Robert Fisk, the political commentator, who has recently announced in a column that he does not use email. (How can people still dismiss me as an old timer over the same?) He also mentioned that unable to read all the books he was sent he had taken to passing most of them on to his maid. The maid, he says, had told him several months ahead of the incident that Benazir Bhutto was going to be assassinated. When it came to pass, he said, he asked her how she had formed the opinion and was told it was on account of reading the books she had been reading.

Well, I, too, get a lot of books but where is such a maid to be found? I remember once advising a friend not to be so glued to the TV and spend some time instead reading books. He said books were so costly he could not afford them. I gave him a pile and mistakenly believed that this was a load off my back. What happened instead was that in six weeks’ time he came back happy as a lark and gave me the maddening news that he had written a ghazal. “When did you become a poet” I asked. He said it was a result of reading the books I had given him, most of them collections of ghazals. I realised immediately that this did not bode well but how does one escape the consequences of what one sets afoot?

A word about Hameed Akhtar’s observations on mushairias: Traditionally, the recitations started early in the evening and went on till dawn. Imagine the way the audience were tested. The poets featured early tended to be hopeless. But the audience could not just get up and leave for the best known poets, including their favourites, had yet to come. Hooting was thus born and became established as a part of the musharia tradition.

But Hameed Akhtar reports that there is no hooting at musharias any longer. No wonder really for where are the wits among the audience who can come up with crisp comments that not only refresh you after the bland verses but also amount to fair criticism? But equally how can the mushairas then go on?