Airblue crash: No answers, no follow-up 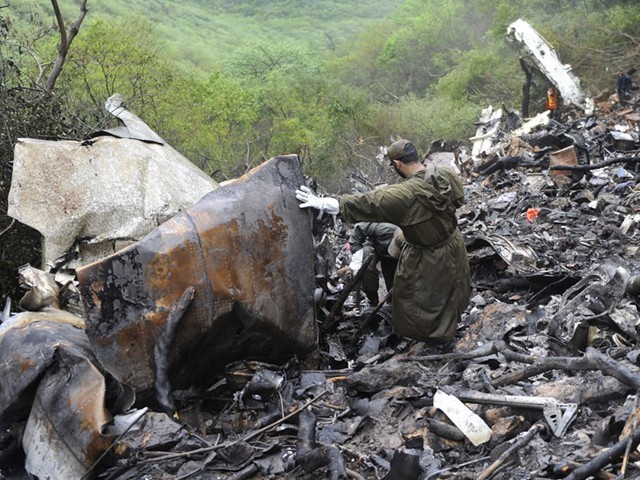 The attacks, murders, tragedies leave behind a plethora of questions adding to the conundrum of our miserable lives.

Last summer, a commercial plane crashed into Islamabad’s Margalla Hills. This tragic event took the entire country by shock. It was heart breaking to learn that so many people lost their lives.

Was the bad weather to be blamed for the crash?

Was it human error in interpreting the signals from the control tower?

Or, was it one of the conspiracy theories that took shape amidst the many debates a year back?

As authorities resolved to investigate the matter, some dared to hope. Perhaps the black box sent for “expert analyses,” would yield some results?

Families of the tragic Airblue crash continue to wait for some clue that may be uncovered about Air Blue’s terrible accident. However, like all things in Pakistan, after almost a year, little has happened.

It is hard to prove whether the box ever really made it to France at all.

If it did, then should we not know the outcome of the analysis?

Unfortunately, in a country like Pakistan, the media has so many threats to worry about that there is little room left for things of the past. My analysis may sound over simplistic, naïve, or pessimistic but it is true.

In the past many probes have been brushed under the rug. Some examples include the murder of former Prime Minister Benazir Bhutto, the OBL operation, the PNS Mehran attack and most recently, the brutal murder of the journalist Saleem Shahzad.

A commission was put together to investigate the Abbottabad operation but it was dismantled within 10 hours of its formation.

Despite the daily dose of loud political talk shows, it’s a shame that the media’s efforts hardly seem to result in fruitful impact on the people ruling this country.

Divided between hope and despondency, I demand that the authorities and the government and the many ministers that enjoy extraordinary luxuries, provide answers to the people. Perhaps frequent attacks, murders and tragedies are not circumstances we must live with – but the least we deserve are answers.

A journalism graduate from Kinnaird College, Lahore. She also writes for www.borderlinegreen.com