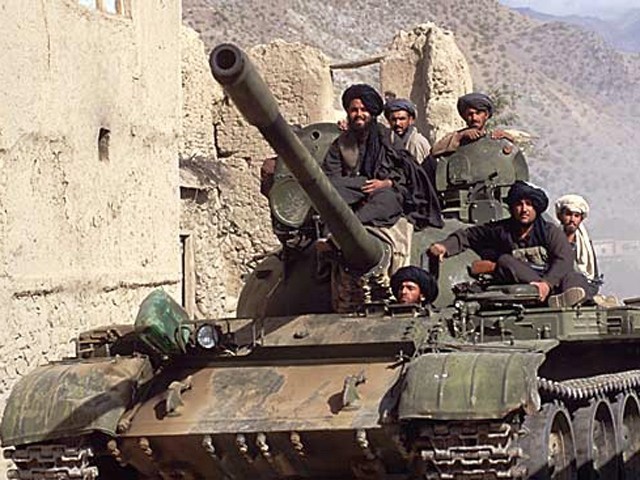 A hasty withdrawal from Afghanistan would quickly see the Afghan Taliban and the Northern Alliance return to violence.

Facing a resurgent wave of violence after the Abbottabad operation, our government, that is the military, is facing internal pressure to defy the United States’ (US) demands and reclaim our sovereignty. At the same time, it is being pulled in the opposite direction by our chief benefactor, the US.

The line of argument, simple, yet repeated so often to have become a sacred mantra, is to demand that the US withdraw from Afghanistan, and Pakistan should seize to support her. By doing so, the Taliban would no longer have any justification to continue fighting. It’s neat and simple, yet its sheer simplicity betrays either naivety or political opportunism. Ninety days in power and an end to terrorism?

There is no doubt that the US policy in Afghanistan has aggravated grievances. Terrorism, especially suicide attacks are a form of asymmetric warfare, which both acknowledges the superior military capabilities of the International Security Assistance Force (Isaf) and the stubborn resolve of the Afghan Taliban.

So if drone attacks end and Isaf withdraws, will terrorism in Pakistan come to an end?

I believe not. A hasty withdrawal from Afghanistan would quickly see the Afghan Taliban and the Northern Alliance return to violence. The Afghan National Army (ANA) could either disintegrate splitting trained soldiers and weaponry into the hands of warring factions, or alternatively the ANA could become a third faction in a bloody civil war as the government in Kabul attempts to assert her authority.

The Taliban would portray any withdrawal as a victory, which would leave the Afghan government vulnerable. That said, there is little evidence to suggest that the Afghan people view the Taliban as ‘freedom fighters’ with any mass popular support. Importantly, many Afghans believe that the Taliban are proxies of the Pakistani security establishment, and any return of the Taliban to power, will turn Afghan public opinion against us.

The Afghan and Pakistani Taliban have developed sophisticated networks of raising finance, through donations flowing in from the Middle East, extortion, kidnapping and smuggling across Pakistan. The development of parallel judicial and administrative systems in parts of Fata suggests that the Taliban have long term plans for the region. Propaganda, indoctrination, fanning extremism via madrassas and hate literature has become ubiquitous. Are we so naïve to believe that an American withdrawal will be followed by the Tehrik-i-Taliban Pakistan (TTP) giving up years of accumulated power?

The rise of “Mullah Radio” in Swat was a direct challenge to the Pakistani state. Maulana Fazlullah sought to create an Islamic state in the valley, guided by his and his ilk’s interpretation of Islam. Do we actually believe that people such as him who believe that the Pakistani constitution is an unholy abomination would simply give up their struggle once America leaves?

Will groups such as Lashkar-e-Taiba, Lashkar-e-Jhangvi, Harkat-ul-Jihad-i-Islami, Jandullah, Jaish-e-Muhammad and Sunni Tehrik lay down their arms?

Will sectarian acts of terrorism come to an end?

What about terrorist attacks on Ahamdis and Christians?

Or, are they also motivated by drone attacks?

The state and certain non-state actors have helped create the conditions that have allowed militant organisations to thrive across the country, enabling them to fundraise, hold rallies and openly flaunt the law. That helps explain why people like Mumtaz Qadri get garlanded and Osama Bin Laden prefixed with ‘Shaheed.’

They are no short term solutions to end terrorism. Decades have passed laying the foundations of those enabling conditions that allow militant organisations to flourish.

The struggle to end terrorism and intolerance will continue well beyond the date that the Americans leave. For the past decade, we as a nation have communicated to terrorist organisations that, while we may not condone their actions, we hate America more. With America defeated, terrorism, a tool employed to bring down a superpower, is unlikely to be shunned.