Can Pakistan sideline the US and pursue an independent foreign policy? 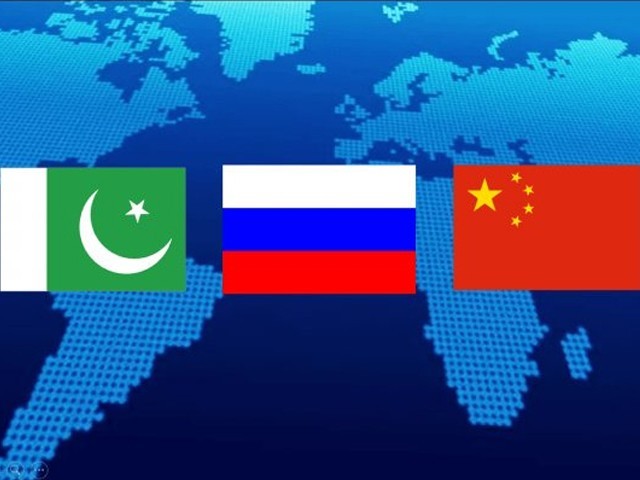 These recent changes that Islamabad has touted by and large deal with the country’s increasing economic dependency on China, as well as Russia’s growing interest in Pakistan.

Pakistan’s Foreign Minister, Khawaja Asif, said the following in a statement made earlier this month,

“Pakistan’s foreign policy has for long remained US-centric. However, the time had come to review the policy and shift its focus towards Russia and China.”

At the rhetorical level, Pakistan’s commitment to shifting its foreign policy focus away from Washington has been in place for quite some time. In this regard, these recent changes that Islamabad has touted by and large deal with the country’s increasing economic dependency on China, as well as Russia’s growing interest in Pakistan.

Arguably, Pakistan may have gained some tactical leverage vis-à-vis the US by increasing its economic dependency on other regional states, but that in no way demonstrates that the country is in a position to follow an independent foreign policy.

Pakistan cannot fully exercise the options of a sovereign state that can pursue an independent foreign policy, unless the country overhauls a prevailing national narrative that propagates the idea of a clash of civilisations between Islam and the West. It must also end existing institutional confrontations in the country and become economically independent. Pakistan’s foreign policy is hostage to an ad hoc process, dominated by special institutional interests that continue to exploit systemic ignorance to bend the country’s foreign policy to their advantage. The use of excessive rhetoric dealing with an independent foreign policy remains one of the common tools that Pakistan’s ruling elite employ to demonstrate the country’s military, economic and political strengths domestically.

Declarations at the state level that Pakistan can shift its international relations at will are then nothing more than the chest-thumping and posturing of a country that remains hostage to the entrenched interests of the political and military establishment, which continue to remain at loggerheads with each other. The country’s civilian and military elite remain divided over the question of who can effectively manage strategic affairs related to Pakistan’s foreign policy. While the country’s foreign minister might believe that his country needs a strategic shift in its foreign policy, it’s unlikely that his constitutionally mandated role and office can take any credible action of introducing such changes.

Besides domestic institutional divisions, Pakistan also remains hostage to its Islamic identity and associated ideologies that remain a considerable hindrance in the way of pursuing a more rational foreign policy. Among other things, the deep Islamisation of the country doesn’t allow Pakistan’s ruling elite to freely follow an independent foreign policy without worrying about a widespread backlash at home.

For instance, a section of Pakistan’s ruling elite believe that good economic and diplomatic relations with India, and perhaps Israel too, which Pakistan doesn’t accept as a state, can serve Islamabad’s national interests better than the on-going perpetual hostility towards them. However, popular public opinion in Pakistan continues to cast these two states and the West, in general, as an enemy of Islam, of Pakistan, and its national interests. Therefore, any action by the state proposing good relations and exchange is likely to be contested in streets, mosques, schools and political gatherings.

So far, not a single government in Pakistan has openly and aggressively pursued a policy that demonstrates rationalism in domestic politics that can create an environment where domestic and foreign policy issues complement each other.

While Pakistan may have found new partners to carry its monetary baggage, particularly China, the country is not in a condition to stand on its own economically, let alone thrive as a regional economic power that can make independent foreign policy choices. While Beijing has leveraged its recent economic investments in Pakistan to its advantage, Pakistan has not been able to leverage China’s economic concentration in the country to its favour.

Moreover, Pakistan’s dependency on China has put it in the role of Beijing’s camp follower, rather than a country that is willing to negotiate on equal footing to protect its national interests. Certainly, China’s rhetorical flourishes regarding Pakistan’s likely rise as an economic power will not impart Islamabad the status of a regional power.

Over the last couple of years, Russia has been making overtures toward Pakistan. However, this growing closeness is hardly the result of Pakistan’s strategic alignment. Rather, it’s the result of Moscow’s own calculated efforts, also known as the “look east” approach, to deepen economic and security ties to prevent the recent western blockade. Moreover, Russia is willing to invest billions of dollars in Pakistan’s market – both countries recently agreed to a massive gas pipeline venture – because the country’s budding economy has vast potential for foreign companies. Russia may have located some shared objectives with Islamabad, where it still remains to be seen which country stands to gain more.

On the other hand, however, Pakistan has to work on its domestic economic base to boost its local economic output, build institutional strengths, and improve living standards of common citizens to become a state that is respected regionally and globally and can pursue its national interest vigorously.

The country needs to demonstrate that it has the necessary national consensus and institutional unity to secure its national interests without any domestic political, ideological and institutional handicaps derailing the policy process. For now, any so-called change in Pakistan’s foreign policy will only be an empty commitment based on rhetoric rather than actions.

Umair Jamal is a freelance journalist and a correspondent for The Diplomat, based in Lahore, Pakistan. His research focuses primarily on the analysis of South Asian security and politics. He tweets @UmairJamal15 (twitter.com/UmairJamal15)