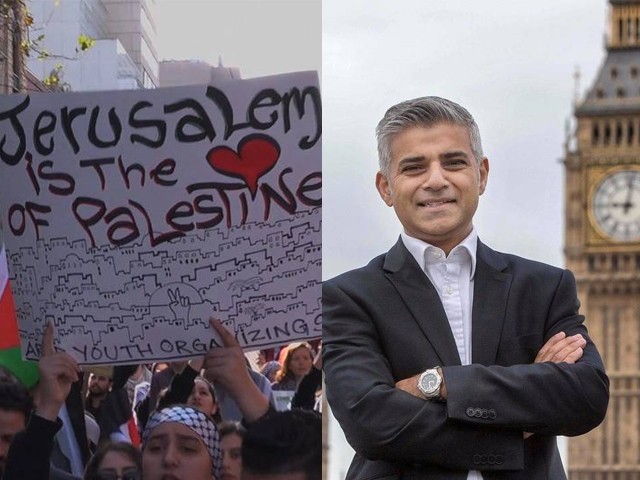 For Palestinians, their wounds were reawakened as their ‘home’, despite being their birth right, slipped away from them yet again. For Khan, his response was perhaps a reaffirmation that, even though he is a Muslim and a child of migrants, Britain is where he belonged.

Earlier this month, two major incidents captured the world’s attention. Both are in dissimilar contexts and with starkly different repercussions, yet both unified by the sentiment of belonging, and a notion that was once familiar but is now complex – home.

The first event was the recognition of Jerusalem as the capital of Israel by the US, whereas the second occurred with a few words uttered by Mayor of London, Sadiq Khan, during his visit to Pakistan. When asked by a BBC reporter if coming to Pakistan felt like coming ‘home’, he promptly replied,

On one hand, for Palestinians, their wounds were reawakened as their ‘home’, despite being their birth right, slipped away from them yet again. On the other, for Khan, his response was perhaps a reaffirmation that, even though he is a Muslim and a child of migrants, Britain is where he belonged.

In both instances, the disempowered and the empowered were asserting their right to belong. This is the only comparison I can draw between the two events, yet it is a comparison that strikes a chord with me, as it sends the message that not only do places matter, but what and where “home” is matters as well.

As a second-generation British Muslim from a family that migrated from Pakistan to the UK in the early 80s, the idea of home has become a complex one, as for me, just as the sky is blue, Britain is home. However, this sense of belonging has never divorced me from my parent’s country of origin or my religion, or from my identity as a person of colour, all of which are part of who I am.

The questions asked about my identity and my allegiances may differ from one place to another, but what remains constant is the questioning of where I am “really” from and what I “really” believe – a “really” that could stem from the brown in my skin, the hijab that I wear, the Urdu I can effortlessly switch to, or the hint of the West in my English accent.

I feel that I am all of the places I have a connection with, and yet no single place should necessarily define me, so at times I bravely assert the right to say,

“I am a global citizen!”

But it seems that people are not buying into this. As old alliances break apart and the walls we erect become taller, it seems that the idea of a ‘global citizen’ does not hold the promise that it should. The idea of belonging to the world suggests fluidity, flexibility and even equality – things that humans have perhaps never been too comfortable with.  Yet, being a global citizen is exciting and something that could never have been proclaimed by any others throughout human history.

Being a global citizen is about being part of a world community, with an emphasis on values such as justice and equality. In fact, social media is the perfect vehicle to promote a unified global community, and one would think that given the advances in technology, the visibility of powerful people from diverse backgrounds as well as greater access to previously unseen stories, the concept of a ‘global citizen’ would be a celebrated norm; something all of us would want to be a part of.

However, what has happened globally in recent years is almost entirely to the contrary. Nation states and individuals seem to want to shed off the excess baggage of any ‘other’, and as a result, walls are being built, fascism is on a rise, and wars continue.

With this in mind, one has to think more deeply about what home is, and where they belong. Could my response to what home is be offensive, or even defensive? What if, for instance, Khan had responded by saying,

“Pakistan is home (in a way), but so is India if you consider pre-Partition, but of course I am a Londoner – and well, I was also a citizen of the EU, so I guess I am a bit of all of these.”

Similarly, what if a refugee says they are Somalian or Iraqi, before saying they are British? Or what if they dared to say they were a hybrid of both countries?

Wherever one seems to go, states and societies want to know where you feel you belong, and yet answering this question is not always an easy feat. What if home is a European country that asks you to abandon all your other homes, the real and the symbolic? Or what if home has changed and is no longer recognisable because of fascism or racism that has seemingly erupted overnight? And what happens if I stayed at home, yet that home abandoned me? Where, then, do we each belong?

The question of belonging and assigning oneself to a place lives on; ‘home’ is an emotional experience, and a unifying one too, but it is also the subject of wars and violence, tick boxes and judgmental headlines. The world today (Mr Khan and Palestine included) cannot be disconnected from the meddling and decisions of the past.

This is why it is so important that today we make the right decisions for tomorrow’s world, be it by normalising and celebrating the fact that the Mayor of London can be a British-Pakistani Muslim, or by taking a stand against the current White House administration in their oppressive decision-making.

The concept of ‘home’ may remain complicated for many of us, and will probably get more so in the future. However, by trying to understand one another, by empathising with the oppressed, and by getting rid of the fear of the ‘other’, we, the ‘global’ citizens, can create a world community that is built on shared values; one that can help heal the traumas of the past and surpass all present borders, no matter how tall.