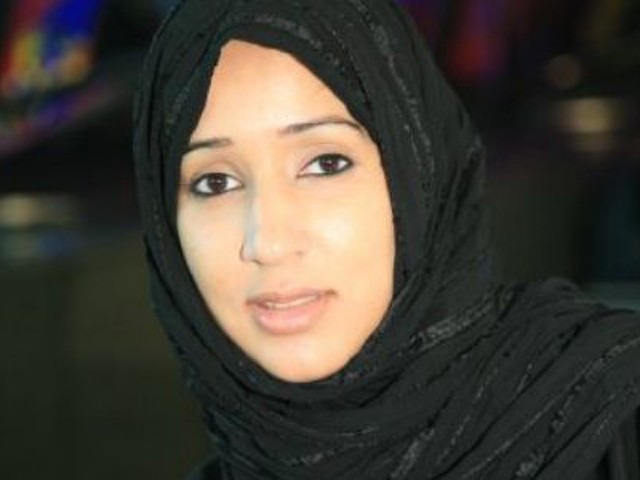 Manal al-Sharif is a brilliant, sophisticated woman asking for something that should have been a given: driving her own car.

The above message was posted on one of the many groups which have sprouted on Facebook supporting Manal al-Sharif’s brave initiative.

An IT security consultant at ARAMCO, the biggest oil company in Saudi Arabia, Manal al-Sharif is a brilliant, sophisticated woman asking for something that should have been a given: driving her own car.

The House of Saud

Saudi Arabia has largely been immune to the revolutions sweeping the region. The discontented Shia minority in the eastern province was quickly silenced and billions of dollars were handed out to citizens in a pre-emptive measure to quell any revolts.

The World Economic Forum global gender gap report in 2010 ranked Saudi Arabia 129th out of 134 countries, and the only country to score a zero for female political empowerment.

Saudi women are forced to live under the control of a male guardian, usually a father or husband, without whose authority they cannot get a job, travel or open a bank account. They cannot leave the house alone or without wearing the abaya. Now a campaign by Saudi women claiming the right to drive threatens to shake the Kingdom’s equilibrium in no uncertain way.

Saudi Arabia is the only country in the world that bans women from driving. Those who cannot afford the monthly $300 to $400 for a driver must rely on male relatives to drive them to work, school, shopping malls or the doctor.

There is no law banning women from driving, only fatwas by senior clerics enforced by police. The late grand mufti of Saudi Arabia, Sheikh Abdulaziz bin Baz, issued a fatwa in 1991 proclaiming that allowing women to drive would result in “social chaos.”

Saudi clerics hailing from the Wahabi school of Islam, the official doctrine of the kingdom, reiterate that the ban protects against the spread of “vice and temptation” because women drivers would be free to leave home alone and interact with male strangers. Although King Abdullah did promise reforms in the past, the Saudi monarchy relies on Wahabi clerics to give religious legitimacy to its rule and it is reluctant to defy their entrenched power.

Saudi cleric Sheik Ghazi al-Shemri has been quoted as saying that Manal “should be flogged in the women’s marketplace as a model and a lesson.”

Manal al-Sharif started a Facebook campaign urging Saudi women to get behind the wheel to protest the longtime driving ban and did so herself, posting the video on the Internet. She says the driving ban:

“…is against religion and logic. A woman may be a PhD, but she is not allowed to drive!”

Her online campaign urged Saudi women to stage a mass driving protest on June.17 and attracted many followers. Accused of “violating public order” Manal was arrested last week for this campaign.

“They don’t want anybody to think that they can get away with something like that. That is why she is in prison.”

Social media tools have made it easier for Saudi women to register their discontent with the driving ban. Wajiha, who posted a video on YouTube in 2008 of herself driving, says:

“Saudi women have been fighting for the right to drive for the past 25 years. In the 1990s, a group of about 40 women drove their cars on the same day to denounce the ban. Manal was capable of reaching a much bigger number of people because of Facebook and Twitter. I remember in 2007 trying to rally my friends by email and over the phone: it was a much longer process.”

Following her arrest, the YouTube video of Manal driving became inaccessible, as did a second clip, in which she outlined how women could take part in the June 17 protest. A Facebook page she set up, called “Teach Me How to Drive So I Can Protect Myself,” which had more than 12,000 fans, was deleted. The Twitter account she used to spread news of the protest movement was copied and altered to make it seem as if she had called off the campaign. A Saudi blogger in Riyadh who spotted the fake duplicate of Manal’s Twitter account, reported:

“Someone pretending to be her tweeted that she has repented once she realised that the call to lift the ban is an Iranian and atheist conspiracy that will lead society to moral decadence.”

Despite efforts to erase Manal’s call for civil disobedience next month, her supporters kept the campaign alive online, by creating a replica of the Facebook event page and posting copies of the video that shows her driving on YouTube, so it can still be seen inside the kingdom.

A Twitter campaign named Women2Drive is calling for women across Saudi Arabia to drive their cars on June 17. Saudi bloggers have also posted summaries of Ms Sharif’s instructions to women who want to take part in the protest on June 17.

Coordinated campaigns urging men to beat women who drive without permission, also attracted thousands of supporters. A Facebook page called on men to use “iqals” – the cords used with traditional headdresses by many Gulf men – to beat Saudi women who drive their cars in a planned June 17 protest against the kingdom’s ban on women taking the wheel. The page has now been taken down by Facebook.

Recently, orders were issued to extend Manal’s detention by at least 10 more days. Her lawyer says:

“This is a message that any woman who dares to drive her car will face the same destiny.”

“The King should end Saudi Arabia’s pariah status in the world as the sole country banning women from driving. Just as his predecessors made their mark by introducing education for girls, King Abdullah can shape his legacy by opening the roads to women drivers.”

Manal’s plight has not been highlighted by the western governments who have been so keen to welcome the much ballyhooed “Arab Spring.” While US President Obama has called for the universal rights of women to be respected while delivering a speech welcoming political change in the Arab world, he did not condemn Manal’s detention lest the omnipotent Saudis be offended.

Futile US efforts to pressurise “the world’s largest women’s prison.”

Leaked US Embassy cables reveal that the Obama administration has been quietly pressurising Saudi Arabia to allow women to drive. But the incarceration of Manal reveals the extent of the US diplomatic failure.af

Dispatches from Riyadh describe Saudi Arabia as “the world’s largest women’s prison,” quoting activist Wajeha al-Huwaider, who has long claimed that women are chained in the Kingdom. Wajeha regularly tried to take a taxi to neighbouring Bahrain, but since she is divorced:

“under Saudi law her ex-husband or her father or a brother would need to give her permission to leave the country. Although she holds a valid passport, every time she tries to leave … she is stopped at the border to Bahrain and turned around.”

Billionaire tycoon and Saudi royal, Prince Waleed, assured a visiting Democratic congressman in July 2009 that the driving ban, which was merely a “demeaning” tribal custom, was reportedly about to be overturned. But in a dispatch headed “Women need not apply,” US diplomats recorded that US-educated Prince Mansur, the minister of municipal affairs, firmly rejected the notion that political development required the participation of women, saying issues such as women driving were “not fundamental to our society.”

“Saudi women don’t need to drive cars, they need to own magic carpets.”

“Usually, only the rich and famous have their own chauffeur, but in Saudi Arabia almost everyone has one.”

“When I travel to a country where I can drive… I’m usually burdened about the part when I get to park my car and walk all the way to the store.”

“I feel like a princess where my driver takes me everywhere I want without complaint.”

“The streets are damaged and bumpy and most women will not be able to handle them… Saudi women don’t need to drive cars, they need to own magic carpets.”

Religious preacher Sheikh Khalid Yasin supports the ban and claims that Muslim women endanger themselves while driving, and draws a parallel between the rising number of rapes and women drivers.

Many of those opposing women driving claim that it is a Zionist/Western/ Iranian/Shia conspiracy to disrupt Saudi society and corrupt the morals and honour of Saudi women. It is also said that any woman who speaks out for lifting the ban is not a pure Saudi but rather a woman who is nontribal or an immigrant, because “no pure Saudi woman wants to drive.”

According to Saudi cleric Shaykh Abd-al-Rahman al-Barrak, giving women the freedom to move around on their own would be to tempt God’s wrath. In fact, “they will die, God willing, and will not enjoy this.”

The impact of such blinkered thinking can have a devastating impact on not only the lives of women, but also the relationships between men and women and how it impacts coming generations, as illustrated by a young Saudi boy lecturing on why women should not be allowed to drive.

Interestingly, attempts are now being made to highlight the purported remorse and shame of Manal. According to Dr Ghazi Al-Shammari, chairman of the Family Solidarity Committee, who visited Manal in prison, she has admitted that she made a mistake by driving a car in the Kingdom and promises never to do it again. He quoted her as saying:

“I made a mistake and I’m a daughter of this nation. I advise girls of my generation to rally behind our leadership and ulema. They know better than us about our condition.”

To deprive women of their public space is to deprive them of their identity and shrink their sphere of influence. Without their right to move around, women are no better than furniture. The paradox is that Saudi women have no shortage of money, but little independence so whither economic/social empowerment?

“It is an issue of our own creation with its origin in a fear of the unknown, compounded by hypothetical situations in the event of permitting women to drive. As a result, the Saudi society is left bewildered and unable to see a way out. No other society in the world has encountered a similar situation because of the problem’s simplicity. After putting the cart before the horse over the past many decades, we now do not know how to put the horse at its rightful place so that we can ride at a normal pace. We behave like a man endlessly going round a post believing that he has traveled a long distance. Every citizen has the right to oppose women driving. On the other hand, he does not have the right to force his view on the rest of society. Let Manal, or any other woman for that matter, drive her car to take her children to school or hospital, to go to the supermarket or to her workplace.”

After Manal sought the pardon of King Abdullah, latest reports point to her release which begs the question: will Manal and her countrywomen be allowed to drive?

The ball is now in King Abdullah’s court: will he or won’t he?