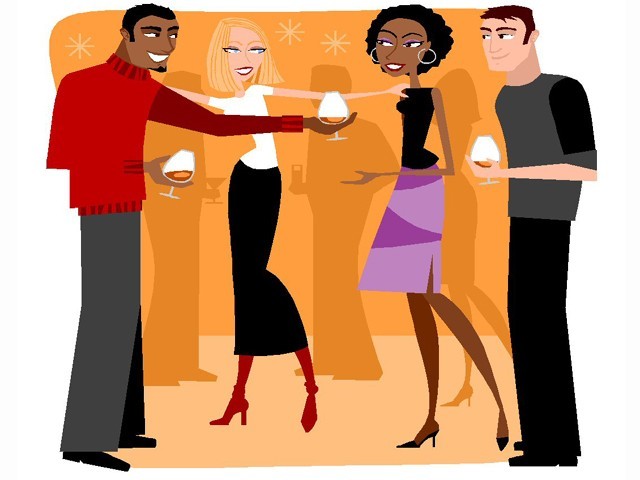 It’s better going out confident, attractive and interesting than feeling like a political object.

The lot of us pitiful Islooites who are used to night life elsewhere will attest that, come Saturday, a deep panic sets in. Has anyone made a plan? What if no one does anything? It’s happened before.

However if you’ve got an invite to any one (or all) of the smorgasbord of embassy associated clubs – you’re on the list and maybe you invite a friend along – you’re all set for the weekend.

You can politely refuse other invitations with a wry smile; say you’re, unfortunately, going to the _______ Club. Sorry, man, just can’t make it.

But at the end of the night, chances are you’re going to go home with a bitter taste in your mouth.

Two reasons: You debased yourself for special registration and harassed people to get you in because you’re not cool enough to have a different passport. And all for what, exactly? A bar? Eurotrash blaring tired beats and people who make dancing look like a monumental task?

You were so excited, always are, when it’s early and you still have this dream of meeting fahbulous people you wouldn’t normally see in the city.

But past the layers of security and tired-looking guards you begin to feel the effort and the drain of getting in to one of these shindigs.

If you came with friends, you’ll stick with them mostly because reason #2 is in effect: parties and weekend gatherings at these clubs are just as cliquish as the smaller-scale efforts in Islamabad central. It’s difficult to meet new people because the diplomatic community is mostly insular; they keep to their own or to the United Nations’ consultant brand of Pakistani they’re somewhat familiar with. Unless you act totally brazen or try really hard you may luck out and get to chat with some bland foreigner who just won’t be able to get over how Anglisized you sound.

“Wow, your English is so good. Why don’t you have an accent?”

Here is when my sense of decorum usually fails me. Sometimes I lambaste the offender and demand to know why I have to justify the way I sound.

Following this, the poor sucker gets an earful about how weird it is to ask someone about their accent. Sometimes the response is didactic: the culprit gets a lecture on the pitfalls of cultural fetishization and how crazy and neurotic locals like me can get.

Other times I’ll tremble, swallow the imminent vitriol, and excuse myself politely.

As the night progresses your disgust with humanity increases tenfold. There are usually duos or troupes of people on the dance floor who aren’t actually dancing; strange, older women swaying slowly like boa constrictors ready to eat, their eyes roving, hungry and predatory. You can’t relax either because you feel like you should be trying to make the most of it, make some contacts and get numbers.

It makes you think. What did all that hard work and getting on those exclusive lists amount to, really?

You’ve seen better and trashier parties so why do you come if your sanity and dignity might not remain intact by the evening’s end?

I treat how horrible I feel in the morning as my just-deserved comeuppance. This is the sin of desperation and these parties, sadly, are considered the ‘height’ of social climbing.

Consider me an outcast then because it’s better going out confident, attractive and interesting than feeling like a political object.

A reporter for the Life and Style and City pages of The Express Tribune in Islamabad. He contributes to a column "Culture Vulture".

Reader comments: Do not feed the trolls

Six reasons why it’s great being a vampire during Ramazan

The Capital Vulture: Pindi in 3D

The Capital Vulture: The hills have eyes