10 troublesome traits of the average Pakistani 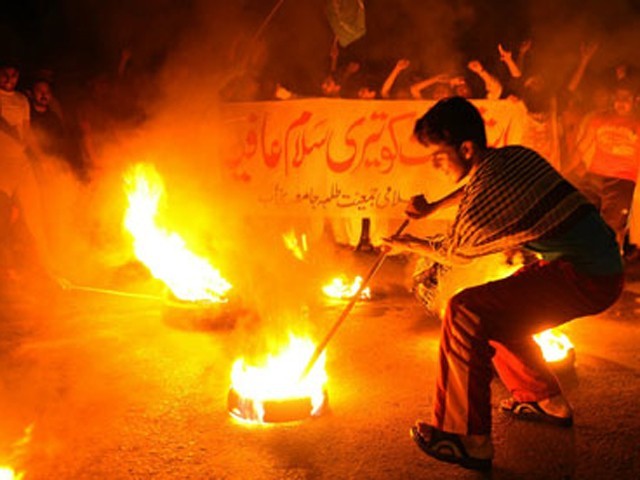 An average Joe in Pakistan will never own up to his mistakes.

Every state has its own national character, for instance the French are considered great lovers of wine, art and science while the Americans follow the lesson of George Washington’s cherry tree story which basically teaches two important things – Do the right thing and take responsibility for your actions.

Unfortunately, we as Pakistanis have some negative traits which are coming to define us:

1. An average Pakistani behaves as he is told to by the establishment and/or the biased media. We do not cherish golden rules like ‘do the right thing’. Instead, we follow a de-facto rule, ‘my staff, my cattle’ An average red blooded Pakistani thinks that whatever he can get his hands on without reprisal is his property and he has full rights over it – this applies to his wife(s), children, land, cars, official post etcetera.

2. An average Joe in Pakistan will never own up to his mistake(s), because if he does, that will be an anathema to his whole family.

3. A Pakistani would do almost anything in the name of Islam, such as kill someone on simple hearsay, but will never extend his religious charity or piety for the common good of society or for women’s rights.

4. The average Pakistani has acquired the mentality that everything should come to him rather than the other way around, especially when it comes to changing a government by coming out on the streets and just letting the government know that enough is enough.

5. The average Joe in Pakistan knows what his constitutional and legal rights in civil and criminal matters, but does not know the duties that come with it and also how to exercise these rights in a responsible manner.

6. The average Pakistani will know the problem and also the remedy, but will never move an inch to solve it unless he is convinced that his interests will also be served in the process. Also, he will never try to stop a heinous crime unless the victim is his sibling(s), parent(s) or any close relation.

7. The average man believes that corruption is his right, in pursuit of happiness. The drug barons and most of the public servants of Pakistan are a practical example of this.

8. The average Joe’s idea of patriotism is messed up. It starts and ends with his native territory. If a native of Punjab believes that making a Seraiki province is a conspiracy against Punjab, he will stick with it, even though it may hurt Pakistan in the long run.

9. The lucky Pakistani who is sitting on a high post would lean towards nepotism – substituting meritocracy with nepotism has become an integral part of our culture.

10. Our idea of administration of justice is obnoxious. We bribe clerks and court officers to drag a six month case for 100 years. If the offender is powerful and the victim is helpless and less resourceful than the offender, the society favours the strong and not the weak. In the villages, women are property, which can be exchanged or violated just because a male member of a tribe did something wrong.

There are many other problems facing Pakistan, but in my view, these are the 10 main problems we face as a nation. If these can be rectified only then can we form a coherent national character and become a strong state. Otherwise, that day is not far when this country will implode.

I conclude the discourse on a very popular quote by Abraham Lincoln.

“A house divided, amongst itself can never stand straight.”

A lawyer by profession, who practices in the lower courts and high court of Punjab. His struggle is for a progressive and tolerant society based on rule of law, justice for all and independence of judiciary coupled with supremacy of the constitution. He tweets as @haqparast85 (twitter.com/haqparast85)