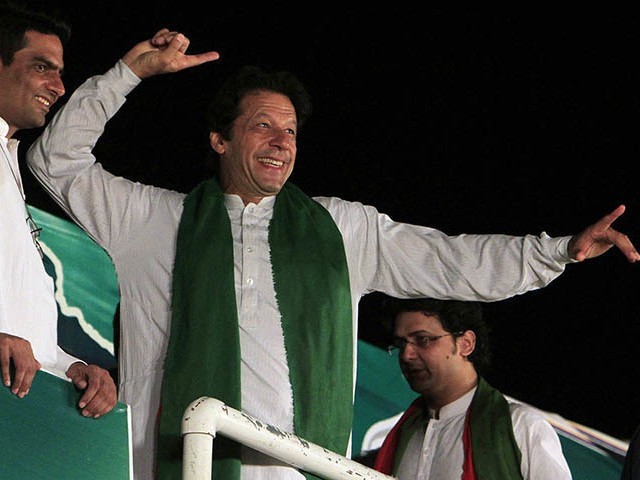 I have always been genuinely interested in the Indian political discourse, particularly the way competing ideologies are framed. For example, in India’s political arena, the schism between right-wingers (largely represented by the Bharatiya Janata Party (BJP)) and the liberal left has been growing. In India, despite electoral setbacks, the liberal left nevertheless has a very dominant presence in the media, which has enabled it to continue to stay relevant.

Ironically, a huge constituency of the BJP is composed of the educated middle class who often justify their decision to oppose Indian leftists by terming them as “pseudo seculars” and “fake liberals”.

Relatively in Pakistan, electorally liberal/left side of the political spectrum does not simply exist. Over the years, the political landscape has changed dramatically pushing the society towards the right. Consequently, what we have is just a variation in right-wing political ideologies with Pakistan Tehreek-e-Insaf (PTI) perhaps the most right-wing, followed by Pakistan Muslim League-Nawaz (PML- N) and Pakistan Peoples Party (PPP).

The situation is only slightly better when it comes to the media, both electronic and print. We have nevertheless some prominent voices which have over the years provided and continue to provide a counter narrative to the rising right-wing nationalist ideologies. People like Asma Jahangir, Nadeem Farooq Paracha, Mosharraf Zaidi, Raza Rumi and so on, are extremely valuable as they are in many ways the last bulwark against the takeover of the ideological landscape by right-wingers.

However, the treatment meted out to them is in some ways even worse than that accorded to Indian liberals. Here the buck does not stop at calling them “fake” or anti-national but goes beyond that.

PTI’s Imran Khan perhaps articulated his right-wing constituency’s collective opinion perfectly when he called liberals as “khooni” or bloodthirsty in the aftermaths of the Faizabad dharna debacle. In a press conference, which was a sheer torture to watch, Imran chastised Pakistani liberals for their “pro-war” opinions. His contention was that genuine liberals are always against military action and he cited protests by western liberals against wars in Vietnam and Iraq. He then reiterated that it was the “correct” decision of not using force against protestors.

Unfortunately, since Imran commands a diehard and fanatic following, many leapt to his defence on social media. Some of them were even more “khooni” than the accused “khooni liberals”:

History wont remember any Ayesha but will remember #IK as one of great PatrioticPakistani. Your LAME arrogance and vindictiveness won't change the Fact that the most educated people support Imran Khan & its fact confirmed by exit polls & hatred of #KhooniLiberals is shocking https://t.co/2yzB9qheAy

I love seeing these Pakistani libtards in pain. Insafians have a done a splendid job of exposing their ugly faces. #KhooniLiberals

Every "Khooni Liberal" will blame Imran Khan directly for any tiny negative incident of KP. But they will never praise Imran Khan if something positive happens in KP.

Obviously some on the liberal side retaliated:

And dear Imran Khan Sb we will continue to say that your politics is flawed. You had the power to improve Pakistan’s politics, reset its direction. Instead you chose extremists & their patrons as allies.
Yours truly,
A 'blood thirsty’ liberal scum. https://t.co/7NmvOIzSoA

Yep, @ImranKhanPTI it is the #Pakistani liberals who bombed 60,000 fellow countrymen to death, riot every Friday after juma prayers, hold the state hostage https://t.co/4qQUyUPeW4

Ironically, barely two to three days later, there was an attack on the Agriculture Training Institute in Peshawar, conducted not by “khooni liberals” but by those for whom Imran has been giving an apologetic defence for years. In fact by the same lot, who once nominated Imran for negotiation on their behalf and were once called “justified” warriors by him.

Since Imran has once again tried to misguide his so-called “educated” followers, who in turn have gladly lapped on to his words without any introspection, I would like to answer some of his assertions.

First, the Iraq and Vietnam wars cannot be compared to military action against militants in FATA or elsewhere in Pakistan. The former were basically aggressive wars and had imperialist underpinnings while the latter (military action in FATA and other parts of Pakistan) was primarily defensive and for the purpose of re-establishing the state’s writ. A genuine liberal would oppose war in Vietnam and support, or at least conditionally support, some sort of military action in Taliban-held areas because of the extreme human rights abuses committed there.

Second, Imran is wrong to say that liberalism is completely against military action. Yes, some liberals do oppose it on the pretext that it is indiscriminate as it does not distinguish between the actual culprits and the innocent population. However, on the whole, under certain circumstances, it would always support military action. One of such circumstances is the challenge to writ of the state.

Here for the benefit of PTI supporters, I would like to expand upon the philosophy behind liberalism. I hope they do read it as many of them don’t read and reflect and are prone to just abusive behavior.

Liberalism is a philosophical doctrine underpinned by individual rights and freedom. This is the fundamental and single most important founding principle. In fact, everything else emanates from this fundamental principle.

The role of any state emanates from this as well. For example, liberalism envisages protection of individual rights and for this purpose proposes limits on the power of the state in the sense that no single institution is allowed too much power. There are institutional checks and balances. Power is, in fact, dispersed between judiciary, legislature and the executive.

The limits to power are even extended to the concept of democracy. A liberal democracy is not merely majoritarian rule but places some constitutional checks on majority also. For example, the US constitution prevents simple majority through disproportionate representation of its states in the Senate, as irrespective of the population, each state has equal representation.

But liberalism does not envisage a powerless state either. While it tries to put limitations on the concentration of power in one branch or institution, it also wants the state to be effective and powerful to play its role in safeguarding the individual’s interests. Liberals want the state’s role to be enhanced in economic and social sphere. Modern democratic liberalism, in fact, both constraints and enlarges the scope of power of the state both for the protection of individual freedom and provision of better facilities across the board so that individuals can reach their potential.

A liberal state, while constrained, is not a weak state with very limited scope. In contrast, it has a huge responsibility of protecting its citizens’ life, property and freedom, while ensuring access to education and health.

Consequently, preservation of the state against threats (both external and internal) becomes fundamentally important. Disintegration, or for that matter even weakening of the state’s writ, would lead to erosion of the state’s capacity to protect its citizens (to which it owes responsibility). Liberalism would never advocate that writ of the state, and its ultimate monopoly over physical violence is undermined. For this purpose, it would thwart any efforts which try to create state in a state.

In short, liberalism does not advocate undue pacifism when adversaries, whether external or internal, are of illiberal nature. This tendency is not merely an outcome of the liberal nature but is in fact consistent with the liberal emphasis on protection of individual freedom.

Yes, liberalism would try to negotiate resolution in case of secession driven ethnic movements. It will as a first resort negotiate and for the preservation of its territorial boundaries aim to offer more autonomy and better access to basic facilities. However, if the threat is aimed at the very foundation of the state with the aim of overthrowing it and replacing it with a regressive regime, then even liberalism’s first resort could be of war. There is nothing inconsistent to the principle of liberalism there. In short, if aggression of few is completely undermining individual liberties of many, then a military action becomes liberal, as it is undertaken for the protection of the latter.

There is from that perspective a case for military action for war against militants. In Pakistan, most of the militants are not some ethnic outfit but a group which wants to overthrow the state and replace it with a regime which is a very anti-thesis of individual liberties. Frankly in this case, there is actually a moral case for a military action.

Yes, one argument often presented against military action and even drone strikes is that it entails collateral damage and also kills alleged militants without giving them “due process”. Here I would reiterate the importance of the establishment of writ of the state. This is an important point because due process can only be applied where writ actually exists. Only then can you round up the accused and bring them to trial where they can arguably be given a chance to defend themselves.

In a war, whether external or internal, a state first has to establish victory and then bring people to trial. The military action precedes the trials. It is different for criminals in urban centres where state’s overall writ already exists. There you have to capture the militants and bring them to trial. It is simply possible to do that where effective writ exists. You cannot apply due process or any such doctrine if, through barrel of a gun, the militants have created state within a state or have carved out a territory where their own rules apply and monopoly on physical violence is entirely theirs.

By the way, even the Nuremberg Trials occurred after the war when Allies had defeated Nazi Germany. If this due process logic is accepted, then Allies should not have tried to defeat Germany at all as it would not have been possible to isolate the Nazi leaders from ordinary innocent civilians. But Allies had to first defeat and then put people to trial.

So Imran’s assertion that liberalism is totally against war is sheer nonsense.

I will end this article by quoting this brilliant tweet by Ayesha Ijaz Khan.

History will not forgive Imran Khan for the vile misinformation he knowingly propagates in order to deliberately confuse a semi-literate population. Instead of educating them, he misinforms them all in his quest for that illusive power. Shameful and disgusting.

Shame on you Imran Khan!