Karachi: The city with a memory 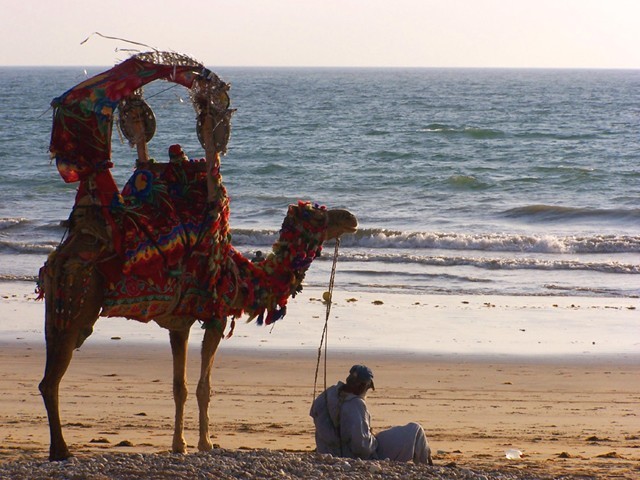 Karachi would be a tour guide’s nightmare assignment. Imagine a horde of overeager Japanese or European tourists, thirsting for scenic, history-laden wonders, wanting to take that perfect Facebook profile picture next to a monument where the fate of the world as we know it today was defined. What do you have? Nothing.

The sea, one might argue. Or those lovely dilapidated colonial buildings, Empress Market, the sea, Frère Hall, the sea, Bohri Bazaar, the sea. Add to this, a lacklustre assortment of non-attractions, a cacophony of cars blaring through traffic-choked streets, wilting trees, hordes of beggars at every signal that may or may not be doubling as people wanting to mug and shoot you.

Then there is the claim to modernity. An array of upscale cafes and restaurants where you will inadvertently run into the six and a half people that you will run into everywhere else, the Thai restaurant, the French one, the Italian one and the exhibition and the festival. Oh and the malls, how can we forget the monstrous steel-and-glass demi structures that house non-brands halfheartedly.

Recently I had one of those clichéd Lahore vs Karachi arguments with a friend, who asserted that Karachi cannot be a tourist attraction. He was right. It’s not a tourist attraction, it doesn’t have that immediate allure of history or mind-numbing scenic vistas. It’s grit and steel at first impressions. Smoke and lead at second.

However, it’s better than an attraction, it’s a discovery.

It unfolds. In layers. The steel and grit gives way to a salty tang that will facilitate conversations that lead to world-changing ideas. That beggar on the street might have a story that will redefine your world-view. The smoke and lead will blur the ugliness and make for breathtaking sunsets. You move on from attractions but you keep on coming back to discoveries.

What the city lacks in history, it makes up for in the memory that it has, a collective of a million eccentric narratives. It survives, and that survival gives it a generosity to make room for all kinds of people. Who mostly hate and kill each other but can still somehow manage to live on the same street at the end of the day. That’s where the city’s USP lies, a city with a memory, that has stories to tell.