Clash of the Titans: Johan Cruyff vs Alex Ferguson 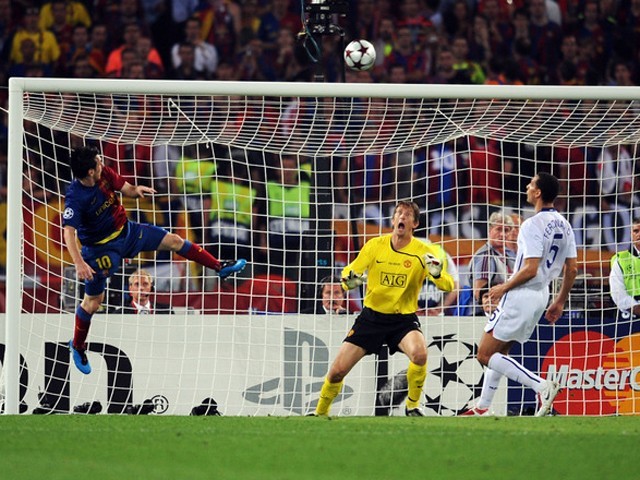 This is not just another final, it is the meeting of two footballing theories.

Another Champions League final has dawned upon us. Barcelona and Manchester United, with different footballing concepts, gear up for a masterpiece that should give the supporters and neutrals alike a memorable finale at Wembley.

This is not just another final, it is the meeting of two footballing theories—that of the great Johan Cruyff against the genius of Alex Ferguson.

The characteristics of Barcelona’s football ethics is inherited from the 70s, coherently the Dutch style which became associated with Ajax and Rinus Michel, and later Barcelona’s very own total football—in which defenders could attack and attackers could defend, all the while creating new spaces and new routes to goal.

Rinus Michel is the man accredited with bringing that philosophy into practice in world football, and Johan Cruyff later exhibited it into Barcelona’s DNA.

Cruyff further developed the footballing notions of Michel by dwelling on the “Oranje style” and blending in style and innovation into practice, making a team that would invent itself on the football field. His team of invention would reap the benefits in the long run, which the current Barcelona squad under Pep is emulating right now.

“I pass and I move, I help you, I look for you, I stop, I raise my head, I look and, above all, I open up the pitch…The one who has the ball, is the master of the game…That’s the school of Joan Vila, of Albert Benaiges, of Johan Cryuff, of Pep Guardiola” – Xavi Hernandez

The attacking philosophy of Barcelona has not changed since that Champions League final in Rome but the style has, to some extent. This Barcelona side can attack with seven players – Iniesta and Xavi threaten to run deep into the box and fullbacks attack as wingers.

The onus of scoring falls on the three front men, but this team has men who all have the ability to score, dropping into dangerous positions and exploiting weaknesses wherever spotted.

Ferguson’s Manchester United on the other hand, do not have a set concept or style. Will Tidey from Bleacher Report adds:

“It’s often said there is “the Manchester United way”—an ethos with an emphasis on attacking, entertaining football. Ferguson has always looked to uphold that, with old-fashioned wingers and creative flair players a staple of his tenure.”

David Conn, in his book The Football Business, articulates Charles Hughes thoughts on scoring patterns and a formula which has governed the “English style” of play in recent years.

A former FA employee, Hughes, in his book The Winning Formula, analyzes the scoring patterns in English football, highlighting in great detail stats on how many passes had led to a goal. His research spans from watching films from FA’s library over a 25-year-old period.

He notes for example, that in 109 games played between Liverpool and International sides, 87 percent of goals were scored from five passes or fewer. Hughes had developed this theory that of “direct play” which urged players, among some more subtle technical advice, to use “long forward passes to the back of the defense.”

Alex Ferguson during his reign at Old Trafford has done them all. From deploying a 4-4-2 long-ball game, to a 4-2-4 possession football strategy, the focus has always been the result.

What is evident is that Barcelona would dominate possession, and Ferguson’s men would have to be patient, feed off long balls and hit back on the counter. Manchester United have been in this situation before and have sufficed. On the 28th of May, Wayne Rooney and Javier Hernandez could be the ideal catalysts of the poaching business, unless Barcelona once again malice them like that dreaded day in Rome.

This blog was originally posted here.

A columnist for Bleacher Report and an author at BarcaBlaugranes who can be followed on twitter @shehryarkhan7.