You can criticise him all you want, but the fact remains that Najam Sethi is the most successful PCB chairman yet 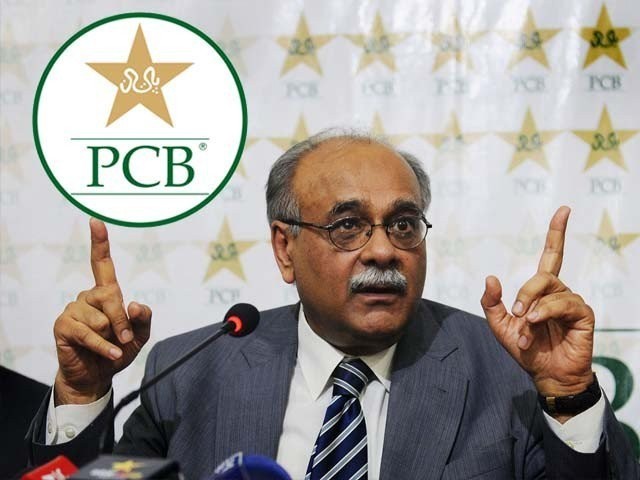 Sethi has done a remarkable job when it comes to demonstrating management skills in the PCB.

Najam Sethi and I are worlds apart when it comes to our political associations. Sethi can claim to be the epitome of neutrality when it comes to politics, but his overt support for Pakistan Muslim League-Nawaz (PML-N) was hard to digest, as being a mild follower of politics myself, I am more inclined to Imran Khan’s ideology.

Yet, when it comes to cricket, I want to put my political affiliations aside and congratulate Sethi for becoming the most successful chairman of the Pakistan Cricket Board (PCB) yet. Imran can continue to hold grudges against Sethi – both aren’t fond of each other – yet the truth remains that Sethi has done a remarkable job when it comes to demonstrating management skills in the PCB.

Make no mistake – the challenges facing the PCB and Pakistan cricket were innumerable when Sethi took office. We didn’t have our beloved Pakistan Super League (PSL), bringing international cricket home was nowhere in sight, the national cricket team was on the edge of losing automatic qualification to the 2019 World Cup, whereas political appointments were rife in the PCB. To sum it up, PCB was in shambles and it desperately needed some leadership.

And it came in the form of Sethi.

Sethi is certainly not the first one who tried to bring PCB’s house back in order, but he is the first one who knew how to play his cards correctly. Those that tried to address all problems at once perished from their seats too quickly. Sethi was too smart to make the gullible mistake of trying to become a superhero overnight. He was aware that far too many lions are patrolling within the PCB; upsetting their share of revenue so soon could mean curtains to his chairmanship stunt. Hence he needed to gain some ground before flexing his muscles.

He kept his focus and addressed one problem at a time. If anything, I would love to incorporate this approach in my life as well. Sethi kicked off his campaign by doing the improbable – he successfully organised the PSL. Amid doubts and criticism, he believed in the project and launched it. He didn’t do it alone, of course, but he was certainly the pioneer behind what we all call PSL today.

In the game of chess, planning the next move ahead is as critical as the current one. The PCB is a board of chess, and to stay in power, one must pick their moves wisely. Organising PSL was the first move by Sethi, but bringing the final back to Lahore was undoubtedly the checkmate. In a short span of time, Sethi was already taking big strides forward. The honour of creating PSL was under his belt and the process of bringing cricket back home had already been initiated under his name as well.

Then came the World XI tour, which took us all by surprise. The World XI tour also led to Sri Lanka’s willingness to play their last T20 match in Pakistan. Like a maestro, Sethi kept connecting the dots to pave the way forward. 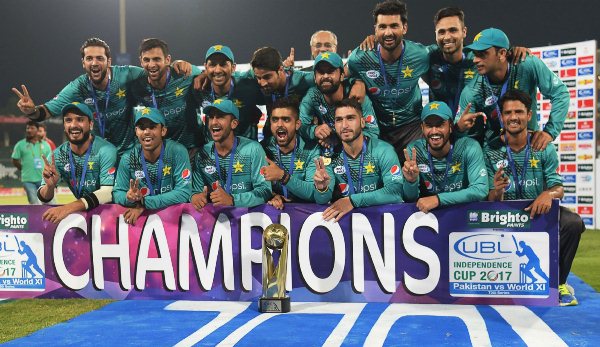 Pakistani cricketers pose for a photograph with trophy after winning the third and final Twenty20 International match against World XI. Photo AFP

They say fortune favours the brave, and while Sethi took some bold steps, it didn’t take long to reap some benefits as well. Pakistan entered the Champions Trophy as the weakest side of the eight nations playing, but miraculously, they returned home as the champions. Sarfraz Ahmed and his team received majority of the praise, but it was Sethi who had woven this path to success. Without the fresh blood incorporated through PSL, our team could not have become world champions overnight. 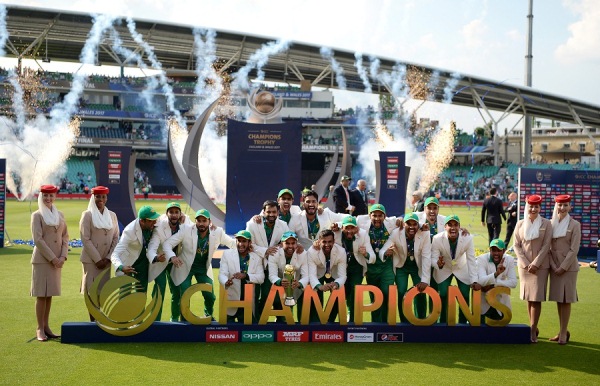 However, everything has not been sorted yet. Domestic cricket in Pakistan is still below par compared to other nations. Meanwhile, PCB’s marketing team seems to be the ultimate formula of failure, as each domestic tournament fails to attract crowds time and again, yet their salaries stay intact.

Sethi may well be aware of all the mischief happening under his nose, but he has showed restraint on acting upon it. With a case building up against the Board of Control for Cricket in India (BCCI) for bilateral series, and with PSL3 around the corner, Sethi’s plate of responsibilities is already full. Taking on another battle within the PCB right now would simply not be ideal.

We blatantly criticise and shame the PCB for all its wrongdoings, hence when things go right, we should show our appreciation as well. As a follower of Imran and voter for the Pakistan Tehreek-e-Insaf (PTI), but most importantly, as a Pakistani at heart, I appreciate the work Sethi has done for Pakistan cricket.

I would like to pass my congratulations to Sethi for his success. Job well done, Sir!