Like Ayub Khan and Zulfiqar Ali Bhutto, Nawaz Sharif can’t see the writing on the wall 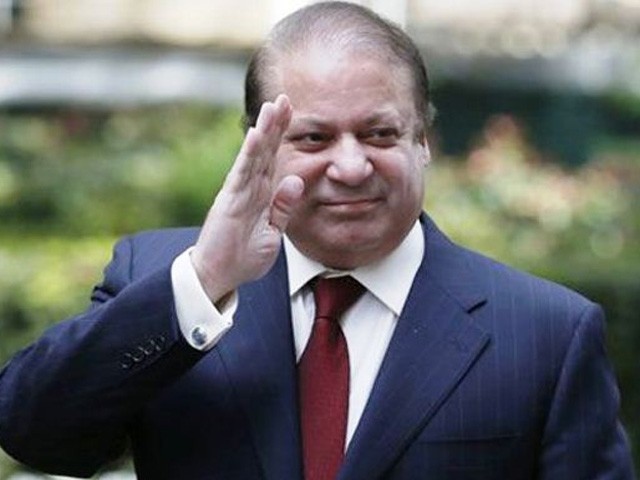 He thinks he can bounce back and become the prime minister of this benighted country for the fourth time. PHOTO: AFP

I have never considered Nawaz Sharif as an intelligent man. Considering the events that have taken place this year alone, he should have learnt the lesson that he cannot continue looting the nation anymore. In fact, he should just spend the rest of his days in the holy land (Saudi Arabia) or he could go to London and guide his party members from there, like Altaf Hussain.

Furthermore, with the humiliation he has suffered after being disqualified as the prime minister of Pakistan and from contesting future elections, he should have at least had the grace and dignity to admit his defeat. But like General Ayub Khan and Zulfiqar Ali Bhutto, he can’t see the writing on the wall. He thinks he can bounce back and take on the premiership of this benighted country for the fourth time.

So what does he do?

First, he amends the Constitution which would enable him to remain the party chief of Pakistan Muslim League-Nawaz (PML-N). This apparently is to ensure that he bags the prime minister position when (more like if) his party wins the upcoming general election. Moreover, he wants to establish his power as “the boss” over his party members and allies, so that they know that this isn’t the end of Nawaz Sharif and hence they should continue following his orders.

In any other democratic country, he would have had to resign immediately after the Panama leaks surfaced. But that is clearly not the case in Pakistan though. For some parties like Pakistan Peoples Party (PPP) and Pakistan Muslim League-Quaid (PML-Q), however, we have seen the complete rout of them which resulted in them losing popularity in Pakistan. Looking at the events that are currently taking place, it seems that PML-N might be following in their footsteps and tumbling down.

To save his place in PML-N, Nawaz got the National Assembly to pass the Elections Act 2017 bill, after removing the clause preventing a disqualified person from heading a political party. No one from the opposition objected to it at that time, but when the bill came for approval by the Senate, Aitzaz Ahsan noticed the missing clause and contested to have it included. The Senate rejected his move and passed the bill, though with a very narrow margin, but later, however, decided to adopt Ahsan’s objection and barred disqualified persons from leading their political parties.

Hence, the National Assembly recently passed the law, making it possible for Nawaz to head the PML-N. The bill will be presented to a joint sitting of both houses, but since his party has an overall majority, it will be implemented by law. However, it is now up to the Supreme Court to decide if the law is in accordance with the provisions of the Constitution.

Even a layman could have told Nawaz that his preoccupation with being the head of his political party was bad for the country. It seems that he and his supporters, including those in government, thought that this was the only issue the nation was facing, and hence they should go all out to ensure that Nawaz remains the chief of his party.

Furthermore, no one is surprised by the government’s inadequacy to effectively deal with the Tehreek-e-Labaik protesters during the 22-day long Faizabad sit-in which had paralysed the country. Despite boasting that he could disperse the crowd and end the dharna within three hours, Interior Minister Ahsan Iqbal was compelled to ask the Army to deal with the situation. When the army had reservations about doing so, he surrendered to those who were indulging in what the court called “anti-state activity” and “an act of terrorism”. One would have thought, after ruling Punjab continuously for 10 years, the party would at least have gained enough experience to enforce law and order (which is what every government should be able to do), and even more so after the Model Town clash of 2014.

Due to the ruling government’s failure to control the protesting mob, November 25th, 2017 will go down as the blackest day in our country’s history. Now, instead of being penalised for terrorism, we shall see such people creating mayhem and paralysing the country, demanding that the government should resign on some flimsy pretext. Our enemies must be enjoying themselves, watching our helplessness against those who do not want the country to prosper.

Before Nawaz cries wolf over how the dharna was a means to prevent him from returning to power again, or how it was a conspiracy by the establishment, or how the country is crumbling without him being in power, he should know that his own party was divided on the issue; his own son-in-law, Captain Safdar Awan, was firmly supporting the protestors. He should have seen the writing on the wall when in the recent vote in the National Assembly, his party and its supporters were able to garner only 163 votes. Fifty of his own party members did not turn up to vote, this coupled with the fact that at least 10 PML-N lawmakers have resigned from the party, prove that his party is not united and he is not suitable to be the party chief of the PML-N.

There is now no choice for Nawaz Sharif but to quit politics. To paraphrase a British parliamentarian,

“You have done enough harm. In the name of God, go!”