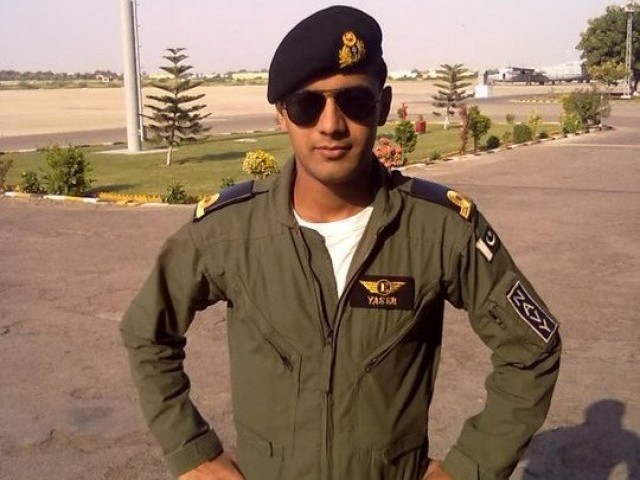 Lieutenant Yasir Abbas was concerned with the oath that he took; the oath which declared his life secondary to Pakistan’s security.

I have always been a supporter of the extravagant budget spending on Pakistan’s defence. The high global ranking of our military has always served as reason for me to maintain my stance and argue in favour of the forces. In debates with friends and colleagues, I have, several times, flaunted the fact that if there is one great thing about Pakistan, it is our defence.

Unfortunately, this all changed recently. Little did I know that the forces I talked so highly of would miss an ‘unknown’ number of people jumping in to one of the most valuable bases in Karachi, just because a 25 degree tilt in the boundary wall prevented the security camera from capturing them.

Interior Minister Rehman Malik’s press conference embarrassed me. In fact, while listening to him, my Pakistani identity started to discomfort me. Two of the terrorists succeeded in escaping from PNS Mehran during the operation. Mr Malik confirmed this figure, as the two suspects were actually seen escaping. We don’t even know how many unseen people escaped. I did not know what I felt more, embarrassment or regret.

If I wasn’t a patriotic Pakistani (yes, I still have patriotism but can’t say the same about hope), I would have laughed at this country which spends almost irrationally on defence but fails to protect its bases within a populated city, let alone its borders.

I was thinking what the international response to this blunder would be.

I wondered if there was an attack on our borders during the PNS operation. How safe would we have been on a scale of one to ten (one being ‘not safe’ and ten being ‘not safe at all’)? There was a lot going on in my mind.

However, there was another group of people, with another level of dedication and commitment which was fighting to keep Pakistan safe when the whole nation had lost hope in them.

Lieutenant Yasir Abbas was concerned with the oath that he took; the oath which declared his life secondary to Pakistan’s security. When we had anger and disappointment oozing out from every pore, people like him fought to protect us. They fought and gave up their lives, because a 25 degree tilt in the boundary wall prevented the security camera from capturing terrorists jumping in.

I don’t know how big a fan I am of the Pakistani military now. But, the men who lost their lives fighting against the Taliban or al Qaeda (or whoever) certainly deserve much more respect.

Those who lost their lives at the general head quarters in Islamabad and those who died fighting against the terrorists in Karachi paid the huge cost of internal security lapses.

I used to brag about the Pakistani military. I had complete faith in them. When the government hiked up the defence budget by 11.7 per cent for the current fiscal year, I did not object. In fact, defence allocation was the only thing I was completely at peace with.

However, when these forces took 16 hours and lost 13 of their men fighting against a still unknown number of people, I was forced to revise my opinions and patriotism.

I apologise to whoever supports an institute which can’t protect itself.

I apologise for not raising objections at the increased defence budget.

I should also extend my apologies to people who gave up their lives fighting as part of the military which does not realise their value.

I am not a believer of  “death comes when it has to” and I believe that this phrase is over-rated and over-used to comfort oneself and to prevent people from looking into what could have been done to avert the outcome.

Lieutenant Yasir did not have to die. The dedication he possessed was not one which we could afford to waste. It was because of people like him that our forces are ranked high internationally.

An exchange student in Waseda University, Tokyo, studying Liberal Arts and teaching English. She is interested in social development specifically in the education sector.

A new year in the land of Hitachi

Colonized minds: Are we English Pakistanis?