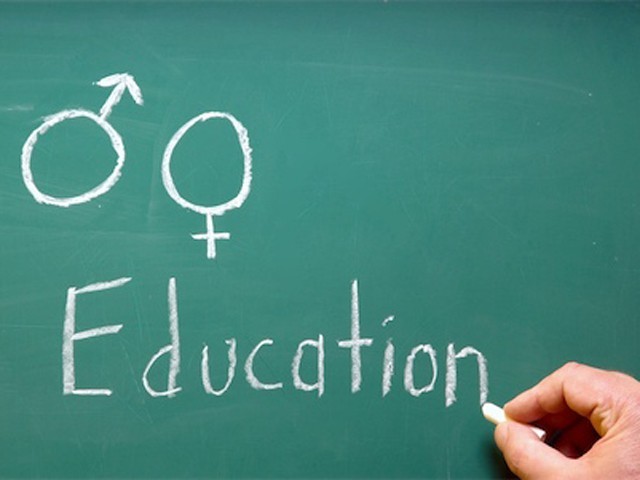 Why are we hushing something that is important for our well being and confusing it with religion, morality and vague notions?

Sex education has always been a point of conflict between public educators and conservative religious groups.

In my last post, the purpose of highlighting the hypocrisy, double  standards and bigotry in our country by focusing our attention to red light area and vulgar stage shows was not directed towards a connection between this and sex education. The only thing which I want us to ask ourselves is:

Why are we hushing something that is important for our well being and confusing it with religion, morality and vague notions?

It seems that misconstrued ‘religious’ rhetoric has proved to be an effective tool in pushing us towards ignorance. However, I do believe that it is important to keep in mind the cultural or religious sensibilities when we try to enlighten the masses on a particular issue such as sex.

I see many people drawing my attention to the United States (US) on this subject as a response to the previous blog. It was clear though that imparting comprehensive sex education considering the level of knowledge among the public, will not only enlighten the majority but will also clear misconceptions.

In the age of advancement where everyone has access to the internet, the word “sex” is just a click away. Harmful and inappropriate material can come from just about everywhere on the Internet and Television and children may be exposed to inappropriate content including pornography, violence, and language.

Leslie Kantor, the former director of Sexuality, Information and Education Council of the United States (SIECUS) Community Advocacy Project, conducted an extensive content analysis of sex education programs produced and promoted by Religious Right groups that are used in public schools in the US.

She concluded that these programs omit the most fundamental information on contraception and disease prevention, perpetuate medical misinformation and promote fear and ignorance. Perhaps that is the answer to why sex education in the US hasn’t led to a significant decrease in teenage pregnancies or in curtailing the epidemic of AIDS.

At home or at school?

Sex education is very important, both at school and at home. Children need to be taught how to identify/handle sexual predators, and how to avoid making bad decisions in the future. In schools, they would have more learning aids and a proper curriculum that could be used — in many cases identifying medical facts and statistics better than a parent’s general knowledge. It is important to also realise that a child will be taught according to what his/her age group can comprehend.

For a lot of children, school is the only place where they may hear the real facts about sex from a trusting adult.  For many parents in our society it is still a taboo to talk about it.  A child who is afraid to talk about their changing body to their parents would be able to know the facts at school. Sex education also allows children to understand that they are not alone in the process of growing and developing.  Sex education usually teaches about puberty and sexual maturity and what that means for males and females.

The importance of sex education

For decades, debates over when, what and even if to teach sex education to youth has raged on. However, polarising debates are not helpful to parents who, at the very least,  want to minimise health risks, and at most, want their children to grow up to have a healthy, life affirming attitude towards sex.

As we enter the new millennium, reproductive and sexual health, family planning and economic well being are vital concerns for individuals, communities and nations. Rates of pregnancy and AIDS and other sexually transmitted diseases, remain alarmingly high among youth, yet opponents of sex education are trying to censor vital, life-saving information that has proven effective in dealing with these problems.