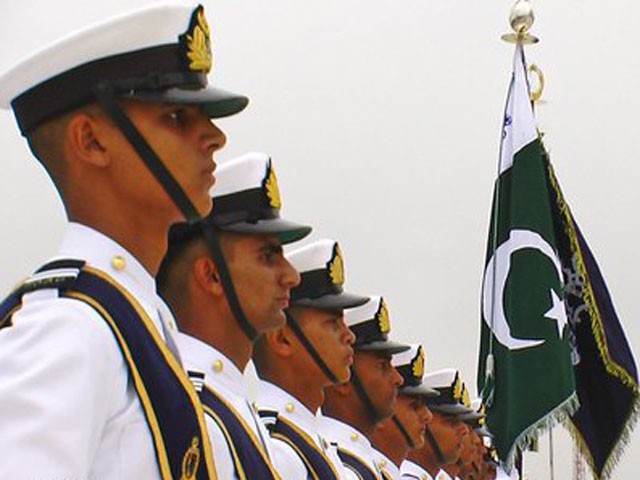 They are the reason we get to sleep soundly at night.

On behalf of the armed forces in Pakistan, I address this article to all the civilians who think the forces are all about privileges and favours.

Being a Pakistani, and a patriotic one at that, I assure you all that you people are mistaken. No doubt corruption of different scales does exist in some departments, as it does everywhere else, but only the people who’ve actually been there can understand the amount of hardships the soldiers go through before they even begin to reach the level they actually get privileges.

Being a daughter of a naval officer, I’ve seen and heard many stories about the navy:

“Fauj hamara paisa kha gayee (the military has taken all our money).”

“It’s really embarrassing to see our tax money go to waste on the armed forces.”

It’s really sad and rather disappointing to hear such comments, as I’ve seen the rough times my dad has had to go through.

It’s not that every officer is given privileges right from the start. An ample amount of struggle is required to even dream of reaching that level. I remember not seeing my dad for months when I was a child – heck, he wasn’t even there when I was born, as he was always out on open sea, and I assure you, it’s no picnic out there – you have a limited supply of food and water, small cabins to spend your entire day in, and you are totally cut-off from the outside world.

This is not even 10 per cent of the hardships our soldiers go through in their junior life. I am not even mentioning the trainings and punishments they go through during their lives as cadets.

So to everyone who complains about the facilities they’re given, I say this: they’ve earned it.

I am not speaking about the navy alone; all three of our forces encounter severe problems. Their jobs demand dedication, sincerity, propriety and commitment. So remember, when they go on to do their jobs daily, they’re not only ‘working’ but also ‘serving’ their country, their people and their homeland.

These people are under oath to protect the country and they stand by it whenever needed. If the time requires them to sacrifice themselves, they don’t even wait to blink their eyes, they just do it.

Thirteen soldiers were martyred in the attack on PNS Mehran in Karachi, and several were injured, just so we can live our lives peacefully in an independent state. Our country has dealt with enemies ever since it was created, but it still stands because of the valour of our soldiers.

What basis do you have to criticise the armed forces on?

What have you actually done to protect your state?

Wake up people, this is our home, our nation, our Pakistan we are talking about. If you can’t do something about it, at least don’t discourage the ones who are actually striving for their nation’s security.

At the end I will say that these people are working hard, day and night to ensure the safety of our country. They are the reason we get to sleep soundly at night.

The least we can do is respect them.

Be proud of the brave soldiers. I know I am.

An engineering student based in Islamabad.