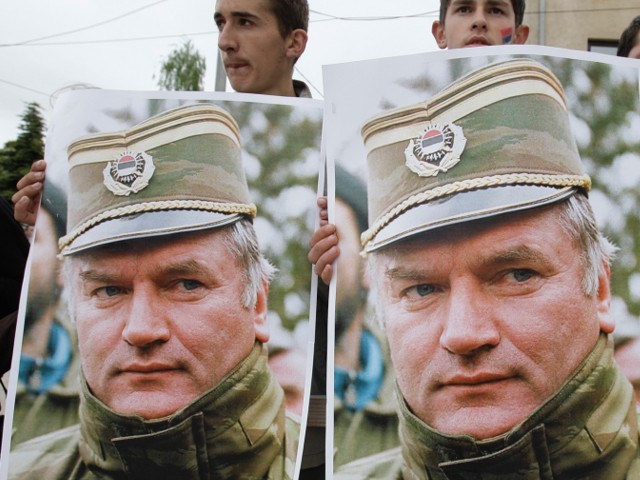 The Bosnian war is one of my earliest childhood memories. I remember watching the coverage on our small TV screen in our living room. It was the 90s – I must have been seven or eight-years-old – and I distinctly remember it was the first time I saw my dad cry.

It was around this time that I also remember some newcomers to our class at school. I had overheard one of my teachers saying,

He seemed genuinely jubilant, in a kind and anxious sort of way.

I will never forget the bright blue parka coat one Bosnian boy wore; it seemed so worn out, but the colour was still so bold.

“The Bosnian kids are beautiful,” I remember the mums saying at the school gate.

The Bosnian siblings at school stuck together – not a word of English between them – but they smiled and played with us, offering friendship and never showing the slightest hint of the unimaginable suffering they must have endured. It was my first encounter with refugees.

Years later at law school, I studied the Srebrenica Massacre. It left me deeply scarred; I understood then why my dad cried that one day in the 90s. Muslim Bosniaks, mainly men and boys, were starved, raped, killed and crucified in thousands, as part of a plan to ethnically cleanse the country of them.

The Srebrenica massacre, which was the killing of thousands of innocent, unarmed Muslim men and boys, was all the more disturbing for the reason that the United Nations (UN) had assured that Srebrenica was a safe area for the Bosnians. This, however, turned out to be fatefully untrue – Ratko Mladic, a Bosnian Serb former general, subsequently captured Srebrenica while the UN Dutch commanders sent to guard the enclave watched on passively as the killings commenced. Thus, now when a UN court has sentenced Mladic to a life sentence for the war crimes and genocide committed, I feel a sense of irony linger.

Yes, of course, I do believe in international justice, I believe in the work of The Hague, and am lucky to have some of my friends do remarkable work there. But I have often wondered whether international forces, including the UN, could have prevented the massacre had they acted earlier, or had the Dutch commanders performed their jobs and contacted their superiors?

After the verdict was delivered, I received a number of WhatsApp messages and everyone seemed to be in agreement – a life sentence for Mladic was no cause for celebration. Nothing could compensate for the evil and brutality this man inflicted. The child in me, that watched the small TV in my living room and saw Bosnian refugees join her school, agrees.

However, as a lawyer, I have had to message some friends back – peace is not just the absence of war, but the presence of justice. We need international courts for accountability; it is symbolic of what we as an international community stand for and it sends out a strong message that no one is above the law – even during war.

Seventeen years on from the massacre at Srebrenica, it is no longer the 90s, and my father’s beard has turned white. I open social media with the click of a button and I see the world bleed in Syria, Yemen, Iraq, Somalia and Afghanistan, and I wonder – could more be done right now, in this present time?

I’m sure it can, but for reasons beyond me, a choice is being made not to act. The child in me wells up each time I see these images, but the lawyer in me comes to my rescue – she tells me not to worry. Perhaps 17 years from now, the families of these victims can lift the bloody soil of their land in their hands and take it to the door of the international courts, hoping for an ounce of justice.