Dubai – a city of countless distractions and all the pleasures money can buy, yet no sense of congruity 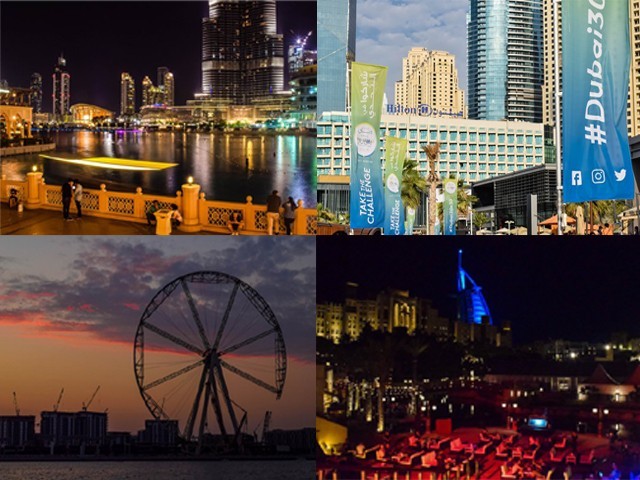 Dubai revels in unabashed excess, designed to impress with its splendour. The cityscape is dotted with mall after mall, culminating in its reputation as a shopping extravaganza.

As I stood in the line behind the passport control counter, a security personnel menacingly shouted at a person ahead of me, who had the unmistakeable look of a working class labourer,

Before the poor guy had the chance to get his bearings right, the security personnel added perhaps the only two Urdu words that he knew,

The person quickly gathered himself and hurried in the direction pointed by the security personnel, like a flock of sheep guided with the urgency and indifference of a shepherd. The line we were standing in was for visit visa holders. The line for sheep (and other Gulf residents) was elsewhere.

Welcome to Dubai, I thought. 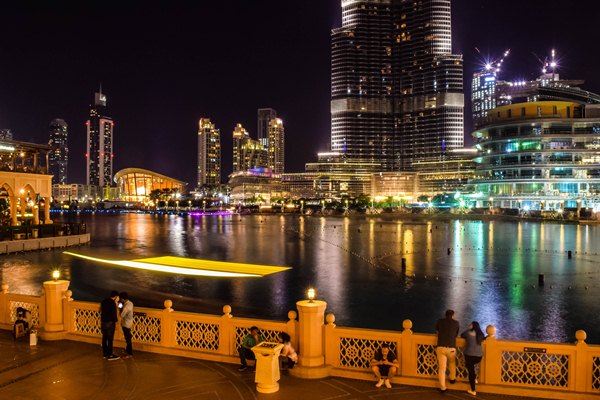 The nightscape in downtown Dubai

Dubai revels in unabashed excess, designed to impress with its splendour. The cityscape is dotted with mall after mall, culminating in its reputation as a shopping extravaganza. Size and scale are the topmost barometer of achievement in everything – from the biggest malls to the tallest buildings, the largest Ferris wheel to the longest choreographed fountain. 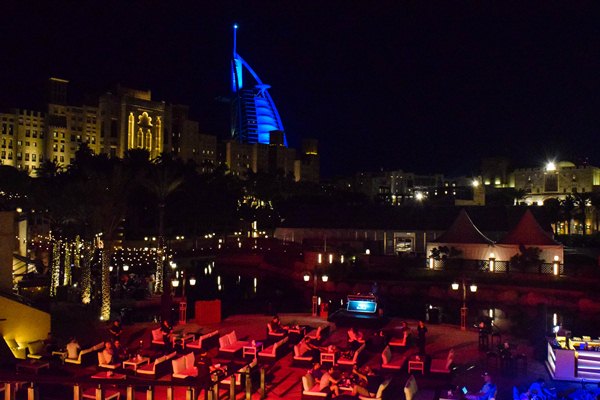 At times, it’s hard not to indulge in the flagrant extravagance. The water show at the Dubai Fountain is an impressive marvel to watch, and the grandeur of the area is symbolised by the impressive Burj Khalifa. The neat look of City Walk arouses memories of European streets, while the low-key atmosphere with exquisite lighting in the cafes along the waterway of Souk Madinat Jumeirah makes one marvel at the enormity of the development in the city.

Mere decades ago, none of this existed. 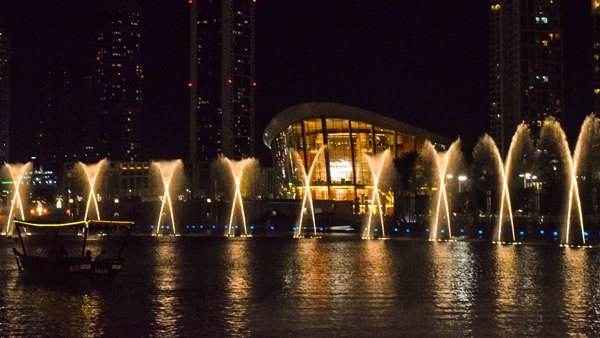 The water show at the Dubai Fountain, with the Dubai opera in the background

However, once the aura fades, one can’t help but feel the pretence of it all. Even Lego blocks can turn into impressive structures in the hands of children. Dubai’s structures have the additional provision of flamboyance fuelled by money, even if they lack a child’s imagination. The water show is inspired by the Bellagio fountains in Las Vegas; the largest Ferris wheel, still under construction, is unashamedly and unimaginatively named Dubai Eye (after London Eye); Damac Park Towers and many other structures serve as a corollary to their international counterparts. 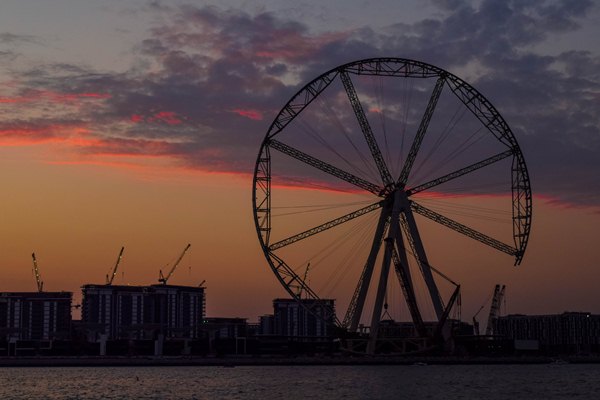 I spent most of my time at the beach – it seemed like the only place that would be authentic. As a friend and I made our way towards the JBR beach, which was barely 100 metres away, we crossed two western women walking out of a café in bikinis – a normal sight anywhere in the western world. Before my mind could form an impression of the scene, my friend quipped,

“This is not normal here.”

“In case you are wondering,” he hastened to add, the urgency stemming mainly from the curtness of his initial remark, rather than any value judgement on his part.

I knew exactly what he meant. The stories have made rounds around the world – a Scottish man arrested for touching another man’s hip, a British man for raising money for a charity without a licence, and another for making an obscene gesture to another driver who cut him off in traffic. Nonetheless, I asked my friend to clarify his remark.

“It is an unspoken rule that beach attire remains confined to the beach. You are not supposed to wander off into cafes away from the beach.”

I wondered what the punishment is supposed to be if you do happen to wander off, but I didn’t say anything. It is probably nothing more than a slap on the wrist or a few unkind words from the police. However, the fact that I have to wonder about this, that it triggers a shred of anxiety, speaks volumes about the unease that I felt at this place, or worse, the unease that the place made me feel. 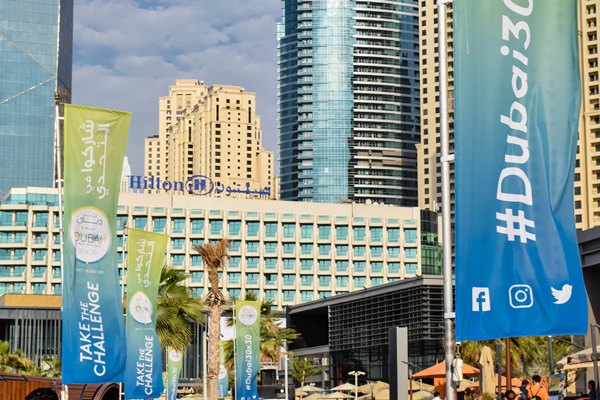 Posters of Dubai 30×30 challenge along the JBR beach

The walk along the JBR Beach was filled with posters of Dubai 30×30 – a fitness challenge promoted by the United Arab Emirates (UAE) Ministry of Happiness (no, this is not a joke). The challenge is part of a goal to make Dubai the happiest place in the world.

Parallels to a theme park run amok. The beach was filled with people, who seemed more like visitors than locals. By ‘local’, I don’t mean the burqa-clad woman or the turban-wearing Arabs. I mean a person who looked like he or she belonged there. There was a certain transience to the place – like an isolated, rundown motel on the side of a desolate highway that might serve some weary travellers but can never be a final destination. Dubai has the feel of a place where people bring their lives, try to make them whole by yielding to their unmitigated desires, and then wrap them tightly so as not to let them slip away.

It’s hard to imagine them succeeding – the place has nothing to offer except sand and concrete. Dubai is a place with countless distractions, and any and all the pleasures that money can buy. However, for all its glister and glamour, it lacks any sense of congruity.

As I saw the posters of Dubai30x30 fitness challenge, ironically splattered against the backdrop of an army of international food chains, an unsettling thought affirmed itself against motivation behind the challenge – what great sorrow must a place inflict, if “happiness” becomes part of the conversation.

The writer is a LUMS graduate and currently performs his serfdom in London as a consultant in financial services. He likes to wander around in his few days of freedom.