Announcing a bounty for beheading Deepika Padukone proves that India is not as ‘democratic’, ‘liberal’ and ‘tolerant’ as it claims to be 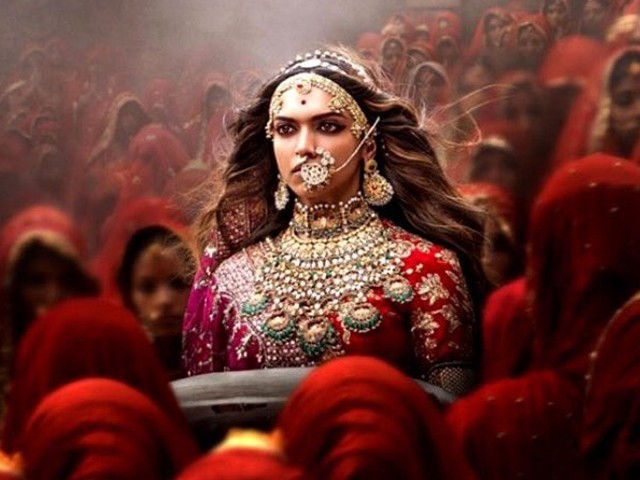 The ideology of the Taliban is in an expansionist mode –  it is no longer confined to Afghanistan and Pakistan, but has started capturing territory in India as well. And it is being ably assisted by none other than the ruling party in Delhi.

How else can you explain the announcement of head money for the director and the lead actress of the upcoming movie, Padmavati, by a senior member of the Bharatiya Janata Party (BJP)? How else will you explain the open endorsement by some members of the BJP for the fringe militant caste group, Shri Rajput Karni Sena, which has threatened to create havoc if the release of the movie is not suspended?

The Government of Gujarat will not allow #Padmavati – a movie hurting sentiments of Rajputs – to get released in the State. We can’t allow our history to be distorted. We believe in freedom of speech & expression but any foul play with our great culture is not tolerated.

Padmavati, starring Deepika Padukone, Ranveer Singh and Shahid Kapoor in their respective lead roles, and directed by Sanjay Leela Bhansali, is based on a 16th century Sufi epic poem, Padmavat, in which a brave and beautiful Rajput queen chose to kill herself rather than be captured by the Muslim sultan of Delhi, Alauddin Khilji. The fictitious narrative has over the years been integrated into the fabric of Rajput and Hindu history.

The Rajput queen, Padmini, prefers to commit jauhar, a kind of self-immolation, rather than be taken captive or worse, raped, by the Muslim king. The main anger of the protesters stems from the presumption that there is a romantic dream sequence between Padukone and Singh in the movie.

Shocked!!! This is not protesting this is threatening. If this was a sportsmen or an important businessman being threatened…I wonder what would have happened? https://t.co/q0jDHha7RA

In an era where love jihad is prevalent in India, the inter-religious love affairs between a Hindu woman and a Muslim man is unacceptable to the ruling party. Would there be the same level of anger and protests on the street if Padmini was portrayed presumably romancing a Hindu king?

The Taliban never felt comfortable with Afghanistan’s non-Islamic past. Therefore, they wanted to erase all the physical symbols of that past, the result of which was the destruction of the Bamiyan Buddhas. The right-wing Hindu party is similarly uncomfortable with India’s Muslim past, as well as the presence of Muslims in contemporary society. Thus, they want to silence their history.

India is, it would seem, also in the grip of a majoritarian extremism.

The political language and debate surrounding this movie do not portray India as the moderate, liberal and democratic country it wants the world to perceive it is. Announcing a bounty for beheading someone is a medieval practice; threatening to kill someone is not the jargon of a ‘democratic’ society; whereas the open threat to burn theatres if a movie is released is not normal to a ‘liberal’ society.

I’m appalled at the drama that’s unfolding.. it’s ludicrous and I’m so ashamed of some of these Indians.. https://t.co/LMNnewDOKT

We as a country are turning into exactly all those we have pointed fingers at… https://t.co/G9wPzoW13y

There is no doubt that India has a chequered past when it comes to banning books and art, but never has it stooped so low, or been so sectarian in its approach.

In the 1990s, India’s national TV station, Doordarshan, used to broadcast a historical serial, Bharat Ek Khoj, based on the book, Discovery of India, which was written by India’s first prime minister, Jawaharlal Nehru. The serial discusses Padmini and Khilji and presents different narratives regarding their relationship. But this normal, creative discussion never roused the sensitivities of the Hindu Rajputs the way it does today.

Indeed, that was a different era.

The harsh yet historical truth is that the Rajput community and Muslims have always been allies in history. They have a past of not only political alliances, but also marital ones. Some very important political positions in the pre-Mughal and post-Mughal phases were occupied by Rajputs under the Muslim suzerainty.

Yet, now the ruling party wants to communalise this history.

Would a true Rajput threaten to assault a woman? Or would he protect a woman from any sort of assaults? #Padmavati #DeepikaPadukone

While India wants to play a leading role in the international arena, and wants to sell its democracy to the outside world, the country is being turned inward. A normal society is regressing towards radicalisation. It is nurturing majoritarian extremism.

Some political experts believe that this issue is being spread to divert attention from the pressing economic issues the nation is facing. With the Indian economy on the back foot and the opposition gaining traction, the BJP is trying to polarise people on the Padmavati issue in an attempt to gain support from its base – the Hindu fundamentalists.

This is evident through the elections in the western Indian state of Gujarat, Prime Minister Narendra Modi’s home turf, which are proving to be tough for the ruling party this time. Modi has always thrived on the fault line between Hindu and Muslim, and the Padmavati controversy increasingly seems like an attempt to hoodwink voters, who are apparently disenchanted with the rule of the Hindu right-wing party.

Ironic isn't it?
Dear @BJP4India, how about we put a bounty on the heads of child rapists and murderers instead? #Padmavati @deepikapadukone @RanveerOfficial @shahidkapoor pic.twitter.com/iaQK95LZ7b

The kind of political language the members of the ruling party in India are using at the moment is making Saudi Arabia look more moderate and liberal in comparison. Democratic and liberal India has long been a critic of Wahhabism, which promotes extreme conservatism. Yet today, the Indian society has started mirroring the same fundamentalism.

A Hindu Wahhabism of sorts is trying to take the country hostage, and the sheer magnitude of the Padmavati controversy proves that they just might be successful in doing so.