PSL 3: Was Azam Khan selected for Quetta Gladiators based on merit or because he is Moin Khan’s son? 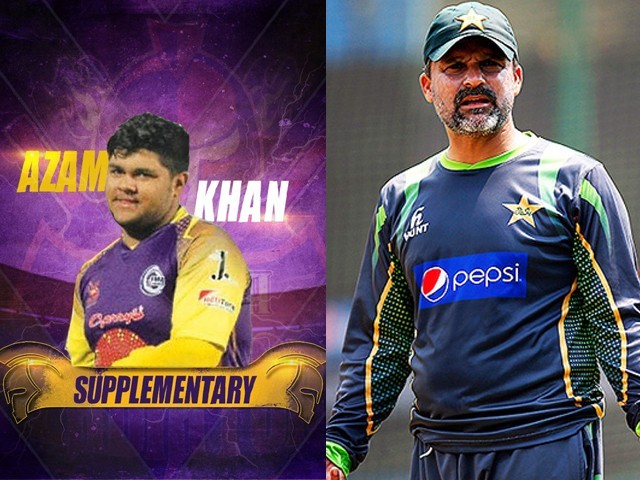 Azam Khan has not even opened his account in the sphere of Pakistan’s domestic cricket, therefore we can’t even comment on his batting abilities.

We all have dreams, but only a few of us go against the odds to accomplish those dreams. Playing for the national cricket team is a dream for millions of kids on the streets of Pakistan, and a few brave souls ultimately set themselves on the long, rough journey to get selected for Pakistan’s domestic cricket team.

For years, they work hard and follow their passion blindly, hoping that their performance will be good enough to attract even a glimpse of the selector’s dodgy eyes. The dream of these young, talented individuals is impaired, bruised and torn apart, however, when a relative of someone influential bypasses the system to get selected instead of them.

The names that come to mind when we talk about favouritism and nepotism are plenty, but the most recent ones include Imamul Haq and Azam Khan.

During the draft of Pakistan Super League (PSL) 2018, Quetta Gladiators picked Azam from the supplementary category. When I first heard the name, I thought they had gambled on some unknown newcomer, only to find out later that Azam is Moin Khan’s son. The gamble then made sense to me, in terms of the relationships at least.

Keeping it in the family!

Join us in welcoming 'Azam Khan' (Our coach's own son) as our 3rd pick in the PSL Draft Supplementary order!!#HBLPSLDraft #PurpleForce #GladiatorsUnleashed pic.twitter.com/LSm9OJcA2n

I am by no means suggesting that a relative of someone in power should never be given an opportunity; however, like everyone else, that opportunity needs to be earned by merit and not provided via shortcuts!

I would love to believe that Azam has earned his place in Quetta Gladiators, but calling this a merit-based selection would be far-fetched. Azam has not even opened his account in the sphere of Pakistan’s domestic cricket, therefore we can’t even comment on his batting abilities. Getting a direct ticket to a PSL franchise, without having to prove his mettle in domestic cricket, echoes of nothing but nepotism.

Moin claims that his son was picked because of his remarkable talent, yet ironically, that talent only attracted attention from one franchise – the one where Moin is the coach. I try to refrain from commenting on anyone’s state of physique, however, it is ironic that as chief selector in 2014, Moin stated that players whose fitness levels are below set standards will be dropped. Hence, I think it’s fair to comment on his son’s fitness level, especially now that he is part of Quetta Gladiators. Surprisingly, it seems Azam’s evident lack of fitness is not a concern for Moin anymore.

Anyone else smells hypocrisy?

If Azam’s selection gives you a jolt in the head, then you haven’t been following Pakistan’s cricket long enough. This certainly isn’t the first instance where we have observed favouritism in Pakistani cricket. We have proudly (pun intended) enriched our cricket history with classic examples of favouritism and nepotism. Imran Farhat had the luxury to play 58 ODIs in Pakistan’s national jersey at a below par batting average of 30.69, and a miserable strike rate of 69.06. After all, he was the talented son-in-law of former cricketer Mohammad Ilyas.

Imamul Haq, the talented nephew of Inzamamul Haq, the current chief selector of the Pakistan cricket team, is the latest addition to the national team. He may have scored a well-deserved century in his debut, but that does not settle the dust on his selection.

It was not Imam’s turn to debut, nonetheless he was still selected. Imam’s List A average is 38.96, while the likes of Saad Ali and Usman Salahuddin carry 55.60 and 44.39 respectively. Even if we look at openers specifically, Khurram Manzoor has an average of 50.59 in List A, and could have earned a comeback after an impressive run in recent seasons. Yet, Imam with the least average among the names mentioned is playing in the team while the rest are still waiting in line. 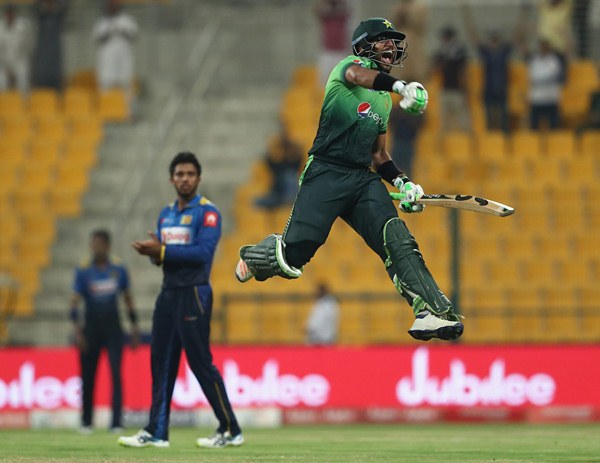 I would wish Imam and Azam the very best in their futures – this isn’t a personal rant against either one of them. The goal is to highlight injustice.

Those that followed their dreams to play for Pakistan had trusted the system. Let’s not cheat them. Imam or Azam can both play for Pakistan as long as they earn their place by performing better than everyone else’s children in domestic cricket, not through shortcuts that their connections offer.