Islam has and always will be a religion of women 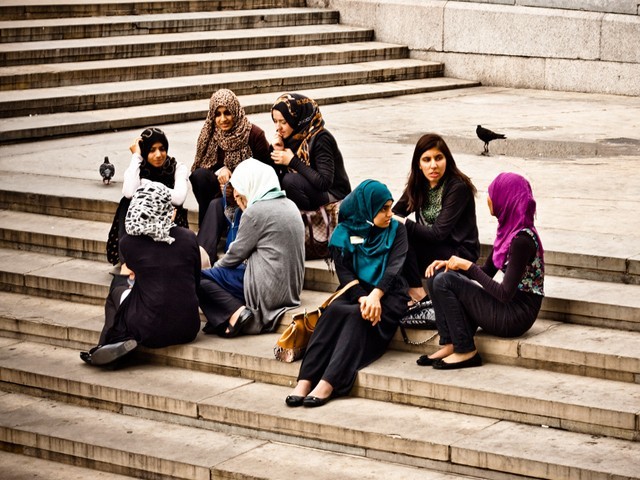 For Muslim women in general, it showcases that head scarf or not, Quranic name or not, pigmented skin or not, there is a real danger in existing as Muslim. PHOTO: FLICKR

Islam is a religion of women. I will speak these words until my heart stops. Islam is a religion of women. Our Prophet (PBUH), who was delivered the revelation, was a man, but his first and truest disciple was his wife. She was a woman of stature, endurance, patience and poise. And to reiterate what has already been said, she was a woman. With female hands was the first iftar made.

We would have no Adam, John, Jesus, Joseph, Idris, Aaron, Moses or Abraham without Eve, Elizabeth, Mary, Rachel, Barkanah, Jochebed, and Amathlaah.

You have no Islam without women. It is on a woman’s back that Islam finds its alter.

During the month of Ramazan in the Islamic year 1438, women were not protected. Seventeen-year-old Nabra Hassanen was beaten to death while on her way to Qiyam prayer recently in her North Virginia hometown. Regardless of the fact that her death has not been ruled a direct hate crime, it comes at a time where Muslim women specifically face the brunt of Islamophobia, direct or indirect, both in this country and abroad.

Nabra stood as a pinnacle of what it means to be Muslim, to be a young woman, and to be a black American. She wore a head scarf and Islamic robes, and had chosen such symbols of devotion at a commendably young age. Whether her awful death was an outcome of that choice, we may never know for sure. But she does represent the fact that for veiled Muslim women, their existence is one that is often objectified into being purely a threat, and their lives are endangered at any given moment because of this. For black Muslims, this is only heightened by the racism already rampant in this nation. For Muslim women in general, it showcases that head scarf or not, Quranic name or not, pigmented skin or not, there is a real danger in existing as Muslim.

To Nabra, I want to say that since your passing, I have meditated in your name. It has become my zikr – I remember you. When the strength in my fast wanes, I remember you were not able to complete yours. I find strength in your name. In prayer for strength, I call on many names; Prophet Muhammad (PBUH), Hazrat Ali (RA), Imam Hussain (RA), but I do not forget yours. You are a martyr of our times, who went out to pray and was faced with violence. As someone who has felt the physical end of Islamophobia, who has faced boys chasing her in elementary school hallways to pin her in bathroom stalls in order to berate and shame her, who has dealt with physical violence at the hands of other people of colour (POC) on middle school playgrounds and suburban back allies.

To those who do not value us, I will repeat what I started this piece with – Islam is a religion of women. I will speak these words until my heart stops. Islam is a religion of women. On a woman’s breath does submission rest. Without us, you would not have the faith you try to use against us. I promise, you will fail time and time again to do so. Islam belongs to us. This will never change.

Suraiya Ali is a desi/Persian artist, writer, and novice theologian from Dallas, Texas, currently studying in LA. She truly wishes she could have fought by Hector during the Trojan war and has seen Bajirao Mastani 10+ times.