Do you take antibiotics for a seasonal flu or viral infection? If yes, then you’re as ignorant as the doctor who prescribed it 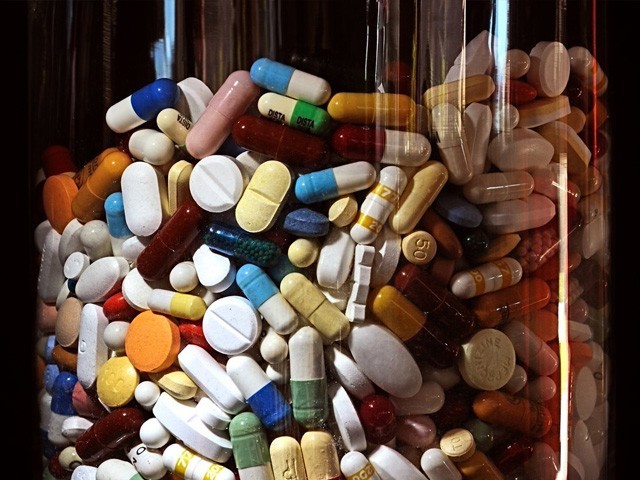 We are living in strange times. Even though human innovation is surpassing all odds, we are moving backwards with antibiotic resistance and climate change.

The discovery of antibiotics brought a new era in medicine that enabled us to save lives by treating the diseases that were once untreatable. But bacteria have fought back, evolving into superbugs, resistant to even the most powerful antibiotics.

Last year, while visiting Pakistan, my five-month-old daughter had a sore throat, flu and fever, which are symptoms of a common seasonal or viral infection. It is not a serious infection and includes common diverse illnesses such as cold with a sore throat, vomiting and diarrhoea, and fever with a rash. Treating a viral infection involves giving kids paracetamol or ibuprofen and keeping them hydrated with plenty of fluids. We did the same, but our family stressed to go see a doctor. So upon their insistence, we took her to the family doctor who carried out her check-up and prescribed three different antibiotics and Panadol.

When I asked him whether it was something serious, he replied,

“Nothing serious, it is just a seasonal flu and fever.”

To that, I asked him,

“Why did you prescribe three antibiotics then?”

“I see you are a public health person,” he said, and advised to ignore the antibiotics and continue with the paracetamol.

The doctor knew that being a public health professional, I knew antibiotics are not required for such ailments, as these do not work for most viral infections. But he prescribed them out of his routine, which is a very common practice for most doctors in Pakistan.

A 36-year-old woman told me how she suffers the side effects of overusing antibiotics. She said,

“When I was in my 20s, I had acute acne. I took a variety of antibiotics for almost 10 years to get rid of it. Initial few years it was prescribed by the doctors but then I started purchasing them directly from medical stores. Pimples didn’t go away with antibiotics but they vanished with age and hormonal changes in my body. Yet, I suffer from the side effects of unnecessary use of antibiotics, such as appetite loss, stomach problems and fungal infections.”

Antibiotics save lives but we simply use or rely on them too much. The overuse of antibiotics can have serious consequences such as fatal diarrhoea in children, upsetting gut balance by killing helpful bacteria that support digestion and immunity, and cause a severe and potentially life-threatening allergic reaction. Moreover, the misuse of antibiotics is threatening our ability to treat common infectious diseases such as pneumonia, tuberculosis, blood poisoning, gonorrhoea, and foodborne illnesses.

Antibiotics resistance is one of the biggest threats to global public health today. The miracle medicines, which we rely on to save our lives, just aren’t working the same as they used to. The antibiotic resistance occurs biologically but we are responsible for accelerating it.

How we got here?

The antibiotic crisis is increasing across the world. But countries like Pakistan, where the health system is weak and still developing, public health is underinvested, unaccounted private medical practices take place, and where there is a widespread misuse of antibiotics, the rise of antimicrobial resistance (AMR) is becoming uncontrollable.

The problems in Pakistan are multifaceted; antibiotics are abundantly available over-the-counter and doctors prescribe them routinely. There is a lack of awareness in the general public about the unnecessary use of antibiotics, absence of a proper system to track use of antibiotics, there are no measures in place to control infection, and there is an increased use of antibiotics in animals and agriculture.

It is everyone’s responsibility to use antibiotics wisely, but being health care professionals, the onus lies with doctors more. Yet, without realising the severity of the problem, doctors prescribe their patients unnecessary antibiotics every day, which makes the crisis even worse. Of course, some bacterial infections require antibiotics, but too many doctors prescribe antibiotics for common illnesses such as coughs, sore throats, flu and so on. These are actually viral illnesses and as I have stated, antibiotics can’t cure viruses.

So, giving antibiotics for such diseases will not make patients better but further create antibiotic resistance. When bacteria are exposed to a sub-lethal amount of an antibiotic, they can change and develop resistance to that medicine. Once that happens, other individuals can also be transmitted with these resistant strains of bacteria.

With emergence of antibiotic resistance, we are not only losing the confidence on the miracle drug but it is putting the achievements of this modern medicine at risk. Health experts have warned that organ transplantation, cancer treatment and surgeries such as caesarean section and hip replacement would become much more unsafe without effective antibiotics for the prevention and treatment of infections. It is leading to higher medical costs, lengthy hospital admissions, untreatable infections and increased deaths.

According to the British project known as the Review on AMR, 700,000 people die worldwide from bacterial infections that are resistant to antibiotics every year.

The antibiotic crisis was predictable; in fact, it was foreseen by the man himself, Alexander Fleming, who discovered penicillin, after receiving the Noble Prize in 1945.

In an interview he said,

“The thoughtless person playing with penicillin treatment is morally responsible for the death of the man who succumbs to infection with the penicillin-resistant organism.”

Can we avert this?

The WHO’s World Antibiotic Awareness Week, November 13th to 19th, is a reminder to accelerate the efforts to avert this disaster and act quickly. We need to educate the public on appropriate use of antibiotics; patients must take antibiotics only when it is prescribed by a qualified health care professional. If someone is taking prescribed antibiotics, he/she should complete the full course even if they feel better, as stopping the course early promotes the growth of antibiotic resistant bacteria. The regulations for pharmacies are required to be stricter such that they dispense antibiotics only on prescription from a certified healthcare professional.

A national plan of action is required to tackle antibiotic resistance. In Pakistan, doctors handwrite a massive majority of prescriptions; regulations are needed to make sure all doctors must issue typed and printed prescriptions. The typed prescriptions would be needed for developing a database, which will help to know the level of unnecessary prescribed antibiotics.

The most effective way to tackle the problem would be reducing the incidence of infections in the first place – simple hand washing could go a long way to prevent the spread of germs.

The writer is a Senior Research Fellow in Disparities and Global Public Health at Sheffield Hallam University. He is a trained social anthropologist and a public health professional with an interest in gender, sexuality, violence and global public health. He tweets @Sbhanbhro (twitter.com/Sbhanbhro)

How karo-kari continues to haunt Sindh

The liberal and the ‘liberally corrupt’