Pak-China friendship: How special is it? 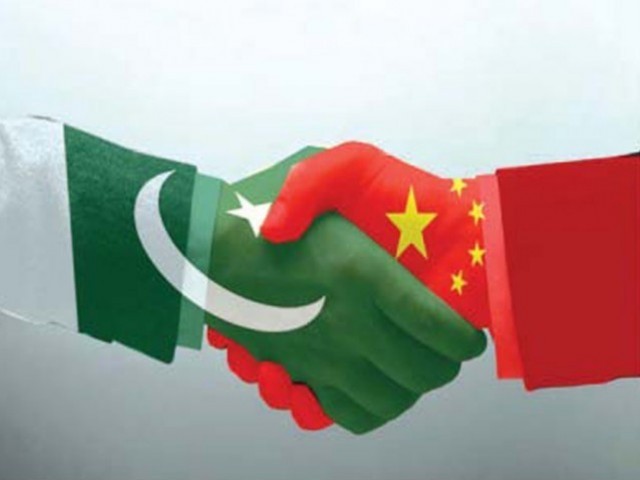 Contrary to what most people think, China entertains Pakistan for a reason.

In the aftermath of the Osama Bin Laden disaster, Pakistan has been scrambling to come up with a response to counter the piling pressure. The pressure, mostly in form of tough questions being raised from across the world, is something Pakistan is not used to managing efficiently. And, in its moment of need, as always, our prime minister decided to reach out to our allies, China, and got on a plane for a quick state visit.

The whole purpose of the visit was apparently to show the United States (US) that Pakistan has the support of China. This is the government’s twisted way of telling the US that Pakistan still has friends that are willing to back it up, and if need be, protect it from any acrimonious events in the future. This, as always, was followed by the media getting flooded with Pro-China messages.

Calling China everything from our great friend to our closest allies, the propaganda machine that came into action portrayed that China was our insurance against any further incursions. In simple words the whole state visit was aimed to be a show of diplomatic power to anyone watching.

But, this state visit is raising a host of issues and myths that need to be discussed and thrashed out.

China entertains Pakistan for a reason

The first myth that has always been fed to the masses is that Pakistan’s relationship with China is special. It is a story of selfless love for each other. Now this might sound lovely on paper, but in reality no relationship in the international arena is selfless or without motivation.

Pakistan needs China because they give us cheaper weapons, technology no one else will give us, and more importantly they are the people we count on using their veto power in the UN Security Council. But, unlike what most people think, China entertains Pakistan for a reason – Pakistan keeps China’s number one competitor, India, busy with things on the diplomatic, as well as economic front.

The second myth is that China helps us more than anyone else as they are our strongest allies. This is deeply flawed as China is so strict with Pakistan, that apart from providing us equipment for military uses, China does not give us the much needed financial aid that we get from the US and the European Union (EU). So calling our relationship with China very special is all well and good, but it should also be categorically spelled out that what we do get out of the relationship is not what we need the most, that is, aid money. In addition to that, China sees Pakistan as another market for their products where they can enter without any tariffs and barriers. Looking at this from China’s point of view, this seems like a great deal for them.

Relationship with the US

In contrast to this there has to be a clearer explanation of Pakistan’s relationship with the US which at best has been described as rocky. While people continue America bashing across the media, what no one points out is that the US is the country that gives Pakistan the most money, has made serious investments in Pakistan that have led to job creation and most importantly, the US is the country that helps Pakistan sort out its deals with the World Bank when we need international loans.

But, these facts are often overlooked during the US bashing sessions undertaken more recently on the national media in Pakistan. This is exactly what is raising eyebrows now in the US. The argument being made there is:

Why is Pakistan being helped, given that they are thankless and are not committed to working with us?

After the Bin Laden fiasco this line of argumentation has taken centre stage where senators have written to President Barrack Obama seeking an explanation on why Pakistan is receiving the large amounts of aid.

To be honest, this reaction is a genuine one. Provided the US supports Pakistan financially with US taxpayer money, it is only natural that they demand accountability and influence. When they do not get this, they will question the whole point of investing in Pakistan.

A waste of a visit

So while our prime minister may be having a great time in China, meeting and greeting the Communist party leadership and probably getting more weapons, it is not doing any good for the common Pakistanis.

What exactly was the prime minister doing in China?

What was the point of him being there apart from getting the Chinese to say that they support Pakistan?

Did he acquire any deal on power from the Chinese for Pakistan?

If the answer to all the above is no, then why did our prime minster undertake this whole exercise that also led to annoying the US to a point where they are now questioning the provision of aid to Pakistan as well as the help they provide with regards to the International Monetary Fund (IMF) and the World Bank (WB).

While it may have sound like a great idea to get China to say that they will support us and protect us, what it will actually do is make Pakistan seem like a country that is not strong enough to deal with others on its own. This is not what Pakistan wants its perception to be. So for all effective purposes, our prime minister’s visit to China got us nothing in return and somehow managed to make us sound like a country that cannot fight its own battles.

What is done is done. Now seems like a great time to start having a serious discussion on how to deal with our international relations. A good start will be to actually have a cost benefit analysis with regards to all our foreign policies, because whatever we are doing now is not working out for us and it’s about time we changed that.

We need our friends, but at the same time we need to grow a spine and not abuse our friendships regardless of how special it is.