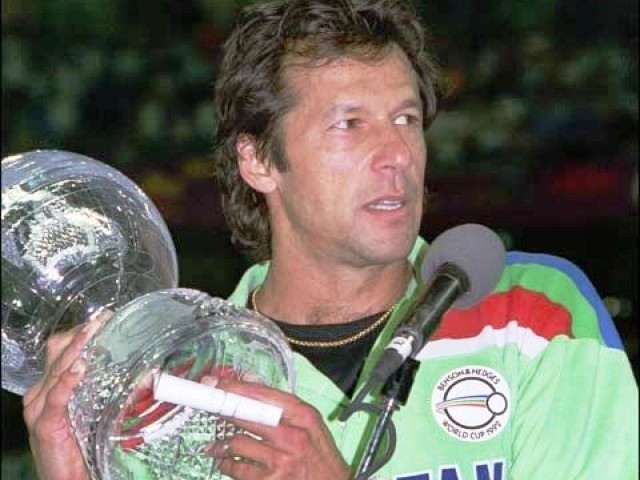 Do not forget that he was once the captain of our cricket team who led our country to success in the World Cup in 1992.

TEDx Karachi’s second event, which will be held on the May 27, 2011, has already started receiving tremendous amounts of criticism from the people of Karachi. These include hate messages on social networking sites such as Facebook and Twitter.

The line-up for the event this time around includes Sarmad Tariq, Mukhtaran Mai, Raja Sabri Khan, Fasi Zaka, Dr Quratulain Bakhteari and Imran Khan. The theme for this year’s event, which is ‘Making the Impossible Possible,’ aims to inspire and motivate the audience through talks by people who have, in their lives, made the impossible possible.

Most of the criticism is aimed at Imran Khan being invited to speak at the event.

Some have even gone as far as taking time out to create cynical comic strips about the event and its speaker line-up. I find it completely ridiculous that people who do not make any effort themselves are the first to criticise. Pakistan is where it is today, exactly because of this attitude. People just sit and talk and do nothing and belittle the efforts of those who do. We should instead appreciate these things and encourage others to organise more events such as this one.

We need to realise that it is not easy to organise such an event – the hard work, dedication and effort that goes into event planning needs to be appreciated, not belittled.

Another example of our strong ‘belittling gene’ was seen when most of us mocked a PTI supporter, Zohair Toru instead of appreciating his effort to come out in the heat to protest for a cause he felt strongly about.

Agreed that Imran Khan is a controversial political figure in Pakistan’s political landscape and many may not agree with his policies but please, do not forget that he was once the captain of our cricket team who led our country to success in the World Cup in 1992. At this point, I want to mention that I am not an Imran Khan fan, even though some of you may believe so.

We conveniently seem to overlook the fact that he has worked towards social causes in Pakistan.

He founded the country’s first cancer hospital that provides free treatment to thousands of patients annually.

As University Chancellor of the Namal College in Mianwali, he set up links with the University of Bradford creating further academic opportunities for the youth of Pakistan.

He received many prestigious awards for his outstanding work for public welfare and personal achievements among which are the Hilal-i-Imtiaz, Pakistan’s highest civil honorary award, the Lifetime Achievement Award presented to him at the Asian Jewel Awards, and induction into both the Oxford University and the ICC Hall of Fame.

As Selina Rashid, who owns and runs Lotus Public Relations puts it:

“All said and done and political sympathies aside, TEDx is a platform encouraging the sharing of ideas worth spreading; Imran Khan is one of Pakistan’s icons – he built a life changing hospitable, changed the nature of social responsibility in many ways and was one of the best sportsmen ever and frankly, his dharna campaign has met with much success. The synergy is there.”

So let us sit back, give our egos a break (for those of us not invited) and enjoy this event, through livestreaming, in our homes and learn a thing or two from these inspirational speakers.