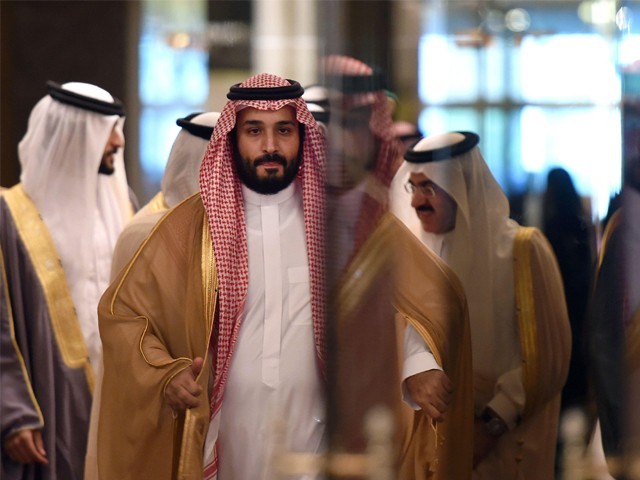 According to the Washington Post’s Fareed Zakaria, in order to understand how traditionally secular Muslim countries became hubs of radicalisation in recent years, you need just one example – Saudi Arabia.

“In Southeast Asia, almost all observers whom I have spoken with believe that there is another crucial cause (behind the ‘cancer’ of extremism) – exported money and ideology from the Middle East, chiefly Saudi Arabia. A Singaporean official told me, ‘Travel around Asia and you will see so many new mosques and madrassas built in the last 30 years that have had funding from the Gulf. They are modern, clean, air-conditioned, well-equipped, and Wahhabi (Saudi Arabia’s puritanical version of Islam)’. Recently, it was reported that Saudi Arabia plans to contribute almost $1 billion (≈ box office sales of Jaws, 1975) to build 560 mosques in Bangladesh. The Saudi government has denied this, but sources in Bangladesh tell me there’s some truth to the report.”

As The Week explained two years ago, Saudi Arabia has spent billions of dollars “investing heavily in building mosques, madrasas, schools, and Sunni cultural centres across the Muslim world. Indian intelligence says that in India alone, from 2011 to 2013, some 25,000 Saudi clerics arrived bearing more than $250 million (≈ cost of Airbus A380, the largest passenger airplane) to build mosques and universities and hold seminars”.

The Week made it quite clear that these “institutions and clerics preach the specifically Saudi version of Islam, the extreme fundamentalist strain known as Wahhabism or Salafism”.

This isn’t just some unfriendly version of Islam that may or may not be linked to terror attacks aimed at western countries – this is the same standard of Islam that the Islamic State (IS) and al Qaeda adhere to. Remember this next time a Donald Trump supporter accuses you of being an “apologist for Islam”, while their leader sells these puritanical extremists more arms than they can afford to buy in the first place.

Not to mention that since early 2015, Saudi Arabia has been locked in a brutal quagmire in neighbouring Yemen, engaging in war crimes and using banned munitions.

Despite Saudi Arabia’s documented behaviour, everything that moves right now in the Middle East is somehow purported to be due to Iran’s “malignant” activities. A missile that was launched into Saudi Arabia’s capital city, which may or may not have been intercepted, was immediately, and baselessly, blamed on Iran. Saudi Arabia has even called the event an act of war (initiated by Iran). The meltdown of Lebanon’s internal politics has also been blamed on Iran, yet Saudi Arabia is clearly the one trying to pull the strings to create internal strife in the country.

In actuality, the available evidence that has come to light in recent weeks is that it was Saudi Arabia that actively coordinated an act of aggression on the sovereign nation of Syria in 2013. It has also come to light that a leaked cable, written in Hebrew, allegedly shows Saudi-Israeli collusion to provoke a war with Lebanon. It should be noted that the mainstream media, and the governments that run in tandem with the media, have paid close to zero attention to this, despite how damning the conclusion is.

So what can one make of what is happening directly inside Saudi Arabia, even as we speak? One can only describe the recent developments as a crackdown that makes Bashar al Assad’s pale in comparison, given that very senior and royal Saudi figures have already been killed and arrested in just over one weekend of action.

The media has advanced that this is merely a crackdown by a reformist leader in the hopes of putting Saudi Arabia on a path to modernity and creating some domestic social and economic reforms. No one will be willing to admit it, but the House of Saud is in trouble.

Don’t listen to The Guardian as it tries to James Bond-up Saudi Arabia’s crown prince with ludicrous titles such as “Saudi arrests show crown prince is a risk-taker with a zeal for reform”.

According to Bruce Riedel, director of the Intelligence Project at the Brookings Institution, Saudi Arabia is more or less looking at an economic recession. The country can barely afford the arms deals it agreed to with both, Barack Obama and Trump, and its expenditures on the illegal war in Yemen are starting to take their toll. Perhaps this is the real reason the crackdown targeted three of the kingdom’s richest profiles, which will result in the confiscation of $33 billion (≈ Harvard University endowment in 2011) for the Saudi Kingdom to use at its leisure. The country is facing economic hardship, as the Washington Post explains,

“The International Monetary Fund said in July that the Kingdom would run a deficit of about 9.3% of gross domestic product this year. Unemployment was running around 12.3%. It said that non-oil growth was projected to pick up to 1.7% but that relatively weak oil prices would keep overall GDP growth ‘close to zero’.”

Saudi Arabia’s chickens are coming home to roost. The extremist nation should know this more than anyone, considering they have tried their hand at overthrowing multiple governments in the region. Once a crackdown as blatant as this one begins, there will be no turning back for the Islamic Kingdom.

While some may celebrate the fall of Saudi Arabia, the downside is that desperate times will undoubtedly call for desperate measures, in the face of the Kingdom’s dying status as a regional player. The only viable option to maintain the illusion of domestic strength and international prowess is to find a scapegoat, and the Saudis have had the perfect scapegoat for years. Even as we speak, the war rhetoric targeting the Iranian government and its allies is beating louder, as it becomes clear that the oil-rich nation may have no other way of distracting from its own inner turmoil than to launch further aggression against Iran.

It is already somewhat evident that Trump has given his full support for this to happen — and that Trump’s sword-dancing meeting with Saudi Arabia earlier this year set the scene for something far more sinister than we could have ever predicted.

“Mohammed Bin Salman’s domestic power grabs have often been accompanied by major foreign policy moves. Many regional observers therefore fear that Hariri’s resignation, announced in Riyadh with a sharply anti-Iranian speech, could trigger a political crisis intended to end with a military campaign against Hezbollah. Such a move would fit the pattern of bold foreign policy initiatives launched in the expectation of a rapid, politically popular victory. It would also very likely follow the pattern of such initiatives rapidly collapsing into a bloody, destabilising quagmire.”