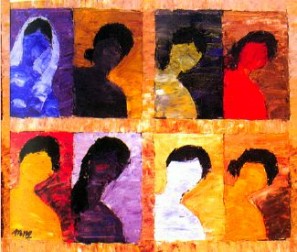 Iqbal finds 'Ijma' as an inherent principle for change in formal religious interpretations.

Allama Muhammad Iqbal’s philosophy is most relevant for Muslim community because of his understanding of the spirit of Islam as being essentially humanistic and reformative and for his formal arguments that satisfy the principles of Islamic jurisprudence. Iqbal finds ‘Ijma’ as an inherent principle for change in formal religious interpretations. ‘Ijma’ is both a principle of movement and reform to adjust with an everchanging reality. It is also a democratic principle as it is based on the popular opinion of muslim community.

Let the Muslim of today appreciate his position, reconstruct his social life in the light of ultimate principles, and evolve, out of the hitherto partially revealed purpose of Islam, that spiritual democracy which is the ultimate aim of Islam.”(Iqbal: “Reconstruction of Religious Thought in Islam”, Chapter 6)

Iqbal was essentially a philosopher not a poet. He used his poetry to disseminate his philosophical views. Sir Dr. Allama Muhammad Iqbal was well versed in Islamic philosophies, Indian philosophies as well as western philosophies. He was fundamentally a humanist. Muslim Sufi masters like Rumi, Mulla Sadra, Mansoor Hallaj and the likes inspired him. Iqbal’s attempt to synthesize formal religion with the spiritual aspect of the prophetic and Sufi traditions to modernise Muslim thought is still relevant for Muslim societies. He understood that a rigid and fixed interpretation of Islam will make the religion stagnant and as a result it will fail to help Muslims to adapt with their ever-changing needs due to changes in the material environment.

“The transfer of the power of Ijtihad from individual representatives of schools to a Muslim legislative assembly which, in view of the growth of opposing sects, is the only possible form ‘Ijma’ can take in modern times, will secure contributions to legal discussion from laymen who happen to possess a keen insight into affairs.” (Iqbal: “Reconstruction of Religious Thought in Islam”, Chapter 6)

The Holy Quran, Sunnat, Ijtihaad and Ijma, and Qiyas are four fundamental sources of interpretation in Islam. The Holy Quran and Sunnat have already been completed and are hence fixed. Ijtihaad, Ulemas interpretation of Islam, was also fixed in Sunni Fiqah when Muslim doctors Imam Abu Hanifah, Imam Ahmed bin Hanbal and Imam Malik completed their canons. With the Quran, Sunnat and Ijtihaad being completed, the source of new interpretation remains ‘Ijma’ and ‘Qiyas’ according to the Sunni sect of Muslims.

“The third source of Muhammadan Law is Ijma, which is, in my opinion, perhaps the most important legal notion in Islam. It is, however, strange that this important notion, while invoking great academic discussions in early Islam, remained practically a mere idea, and rarely assumed the form of a permanent institution in any Muhammadan country. Possibly its transformation into a permanent legislative institution was contrary to the political interests of the kind of absolute monarchy that grew up in Islam immediately after the fourth Caliph. It was, I think, favourable to the interest of the Umayyad and the Abbasid Caliphs to leave the power of Ijtihad to individual Mujtahids rather than encourage the formation of a permanent assembly which might become too powerful for them.” (Iqbal: “Reconstruction of Religious Thought in Islam”, Chapter 6)

Simply put, for Sunni Muslims today, the authentic Islamic source to interpret a new situation is the opinion of majority Muslim and reasoning. ‘Ijma’ means the popular opinion of Muslims, and ‘Qiyas’ is reasoning. Let us consider the case of slavery in the light of Iqbal’s philosophy to understand the repercussions of the principles and spirit of his thought for the status of Muslim women in today’s Muslim community.

“…When we study the four accepted sources of Muhammadan Law and the controversies which they invoked, the supposed rigidity of our recognized schools evaporates and the possibility of a further evolution becomes perfectly clear.” (Iqbal: “Reconstruction of Religious Thought in Islam”, Chapter 6)

Following Iqbal’s views from his famous philosophical work “Reconstruction of Religious Thought” we will make a judgment based on Quran, Sunnat, Ijtihaad and Ijma to decide whether a Muslim or a Muslim community should condone or denounce ‘slavery’ today. Quran mentions slave at least twenty nine times. Quran does not ban slavery, however, it asks Muslims to be kind with slaves and recommends them to liberate slaves. Quranic teachings on slavery are more progressive than other teachings of its time. Our prophet showed kindness to slaves and liberated many slaves recommending his companions to do the same. Bernard Lewis writes,

“Islamic practice still represented a vast improvement on that inherited from antiquity, from Rome, and from Byzantium”. (Lewis, “Race and Slavery in the Middle East”: Ch. 1)

Mujtahids condoned slavery but they also formalized their rights to shelter, food, clothing, and medical attention and a period of rest. A master must sell, contract out or liberate slaves if she/he fails or refuse to provide sustenance and fulfill their rights. Another writer Murray Gordon concludes that the prophet’s approach to slavery was not revolutionary but it was reforming, he did not abolish slavery but he improved their conditions. (Gordon, “Slavery in the Arab World”: page 19) From an analysis of slavery based on The Holy Quran, Sunnat and Ijtihaad we find that slavery was not abolished yet each of these sources reformed the inherited and existing institution of slavery by improving the conditions of slaves and recommending their liberation. As for popular Muslim opinion or ‘Ijma’ on slavery, the majority of Muslim communities have denounced slavery which has been abolished them at large. Therefore, any Muslim indidual or community condoning and/or practicing slavery today is liable to be denounced and indicted.

Based on the same principles let us analyse whether Muslim women today should have equal human rights as that of a Muslim man as enshrined in the United Nations Charter of Human Rights.

O humanity! Verily we have created you from a single male and a single female, and have made you into tribes and peoples so that you may know one another. Verily the most honourable of you are those who are most pious with God. (The Holy Quran 49:13)

In a Hadith the Prophet Muhammad (PBUH) said that “Indeed! Verily women are the twin halves of men.” This Quranic verse clearly declares that for God a man and a woman are essentially equal as a human beings, and God judges them both based on their piety alone. And the Hadith presents the same view that humanity is shared equally both by men and women equally. Quranic discourse on women is mostly based on the rights of women instead of the duties of women. Therefore, according to Quran and Hadith, both men and women share the same aim in life and are expect the same reward as human beings.

Before Islam Arabs buried their daughters alive, but within 23 years after the Prophet (PBUH) started preaching Islamic concept of women the Arabs ended the practice. Islam empowered Arab women further with property rights and right to enter into a contract, even a political contract with a combatant. Following Quranic teachings Prophet Mohammad (PBUH) improved the conditions of Arab women through relevant and practical reforms. If we look at the roles women played during and after the life of Prophet Mohammad (PBUH) we see that his first wife Hazrat Khadeejah was the first person to believe in him, she encouraged him and financially backed him in spreading Islam in the first year of the prophecy.

After the death of Prophet Mohammad (PBUH), his wife Hazrat Aisha became most significant in spreading the message of Islam by narrating most of his statements (Hadith), explaining the meanings of verses of Quran and the statements of the prophet and giving religious pronouncements and religious verdicts. Islamic teachings sufficiently uplifted Arab women to participate in the fields, independently carry on trade and business and at times nurse soldiers and carry privisions for them. Muslim Arab women educated themselves and educated others, owned property and conducted business and gave religious verdicts. They excelled in times of peace as well as in times of war. Observing all this Ibn-e-Rushd, the famous Muslim philosopher, doctor and judge of 12th century claimed that women and men are equal in every respect having equal capacity to participate in all modes of productive activity during peace and war.

1400 years old, with over one and a half billion followers the Muslim civilisation displays resilience and an ability to adapt to the changing environment and to evolve toward perfection through continuous reforms. Islam is a humanistic religion, in its spirit, The Prophet of Islam (PBUH) is a blessing for the whole world, therefore, the charter for Human Rights is in complete harmony with the ideals of Islam.

The claim of the present generation of Muslim liberals to reinterpret the foundational legal principles, in the light of their own experience and the altered conditions of modern life is, in my opinion, perfectly justified. The teaching of the Quran that life is a process of progressive creation necessitates that each generation, guided but unhampered by the work of its predecessors, should be permitted to solve its own problems. (Iqbal: “Reconstruction of Religious Thought in Islam”, Chapter 6)

Therefore, in view of Quranic verses, Prophet Mohammad’s (PBUH) empowering attitude towards women, mujtahids’ instituted reforms to elevate the status of women and the ‘Ijma’ of the majority of Muslim community today we can conclude that the human rights of women as proclaimed in the charter of United Nations are in conformity with the humanistic spirit of Islam.

And for women have rights over men similar to those men have over women. (The Holy Quran 2:228)