The bald look: Shave off the fear 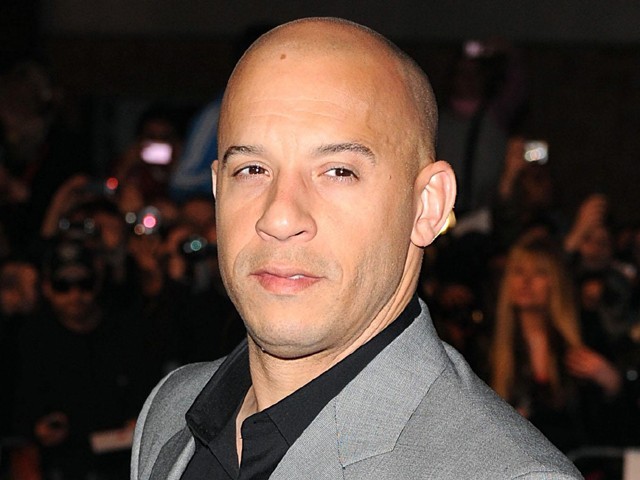 Vin Diesel, Bruce Willis, The Rock, Colin Farrell, David Beckham - all don the bald look and the ladies go gaga over them.

It was during my A’ levels when I first decided to sport the bald look, inspired by none other than Pakistan’s one and only rocker par extraordinaire, Ali Azmat, who had shaved off his long curly locks. This was almost eight years ago and I was, like every other teenager, in my ‘coming of age’ years; experimenting with my look and image.

I vividly recall a lot of guys going bald around that time, most of them naturally, and some by choice. I belonged and still do, to the latter. In retrospect, I can’t help but think to myself whether it was a celeb -inspired phenomena or global warming that brought on this development.

Since the time that I first went bald, I have witnessed my fair share of ridicule and compliments, the latter usually from the ladies, who were totally into my scalp. I can’t take all the credit for this though. I would like to thank God and my aunt in Dubai who massaged my head into shape when I was a baby, so that now I can proudly hold my head up high amongst the Vin Diesels, Bruce Willises and Sir Patric Stewarts of the world.

Let me be very clear: I was, am and will always be proud of my bald head. Maybe someday I will grow my hair back, but for now, I am loving the current look. Woe on all haters for being jealous!  Most of you are soon going to join the bald ranks anyways, thanks to all that gel abuse your hair has been subjected to over the past decade.

Here are a few reasons why being bald or sporting that look is awesome (thank you Barney for making that word relevant again):

1. It’s neat: Unlike spending hours on an elaborate style, getting that symmetrical spike look or the perfect Bieber mop top, the bald look isn’t demanding. All it needs is quick flicks of the razor and one is good to go.

2. It saves you from the ‘sin’ of vanity: Vanity is haraam! Haven’t you heard this at your local mosque’s sermon? Unlike having to worry about “how your hair is looking” every five minutes or after a waiter accidentally whisks by your hair too closely, or after a gust of wind blows right into your face in the car because some whino at the back was getting claustrophobic.

3. Edgy look: Bruce Willis, Vin Diesel, The Rock, Colin Farrell (don’t judge me – Google it!), David Beckham and a lot more, don the bald look and the ladies (certain men as well) go gaga over them. It gives one that muscular bad boy look, if I may say so myself.

4. Good for the hair: It is. You can ask your dermatologist. Regular bald cuts are said to rejuvenate the growth of better hair, in terms of texture and look, because the roots overdose on Vitamin D from all the sun and oxygen they get.

5. Preparing people for when they actually go bald: Like I said earlier, most of us are going to go bald sooner or later – why not prepare our loved ones for when it actually happens?

6. Beat the heat: One of those things we men can do and women can’t – besides going topless in public.

7. If you’ve got it, flaunt it: This last one is a sort of a disclaimer. Go bald only if you are round enough. Embrace the sexy within you and just go for it. Pick up those clippers or razor or play it safe the first time and visit your barber, and Shave. It. Off!

Warning: Do not sport the bald look if you don’t have the head for it. If you don’t have that quintessential round or roundish-bumps-free head, then going bald for you would be nothing short of social suicide. You will lose your current or potential girl friend(s), your parents might disown you and your friends will ridicule and mock you.

A Sub Editor on the Web Desk of The Express Tribune. He tweets @yousufsaifuddin

[email protected]: Why you should work at The Express Tribune