What if Kevin Spacey’s accuser had been a woman? 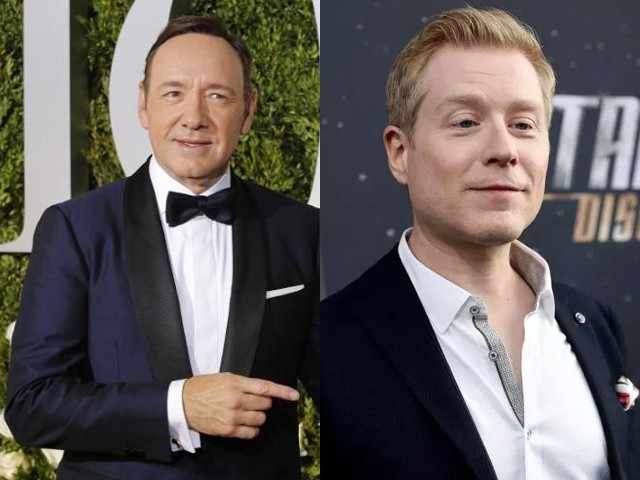 Celebrities and powerful people have rushed to back up Rapp's story and join the condemnation of Spacey, and Netflix suspended production on his television show, House of Cards.

Something strange has happened amid the recent allegations levelled at Kevin Spacey by actor Anthony Rapp, who claims Spacey assaulted him – then aged 14 – at a 1986 Hollywood party.

Oddly, nobody has asked Rapp what he was wearing at the time.

Nobody looked up his sexual history or claimed he once worked as an exotic dancer. Nobody needed to find more of Spacey’s victims to legitimise Rapp’s claims. And nobody asked Rapp if he’d been drinking.

Because he has been believed – Rapp has been universally supported, and Spacey similarly condemned. Spacey, almost immediately, more-or-less admitted his crime, and apologised for it. Other celebrities and powerful people have rushed to back up Rapp’s story and join the condemnation of Spacey, and Netflix suspended production on his television show, House of Cards. This is all just as it should be.

Kevin Spacey has just invented something that has never existed before: a bad time to come out.

Nope to Kevin Spacey's statement. Nope. There's no amount of drunk or closeted that excuses or explains away assaulting a 14-year-old child.

Kevin Spacey really tried to throw the entire LGBT community under a bus and call it solidarity in an effort to mask his personal failings.

But compare this response to Rapp’s assault to what happens to women who report similar or more serious sexual attacks. So far, more than 50 women have reported criminal sexual assaults, including rape, involving Bill Cosby. For Harvey Weinstein, the number of victims could be in the hundreds. For Jimmy Savile, the same. And there are more men being exposed every day now in the arts, in business and the media (anywhere, in fact, where powerful men have universally made the rules) for crimes going back decades.

Yet even now, when women report their attackers, they are commonly disbelieved and silenced. Not only that, but the majority are vilified, slut-shamed, ridiculed and, if possible, their careers are ruined.

There is much about the situation involving Spacey that is deeply troubling. For a start, Spacey’s linking of gay men with paedophilia during a speech and several tweets since the allegation broke is unforgivable. Gay men have long been wrongly linked with child abuse, causing immense harm to them and the children in their lives (I have had personal experience of this, since I was castigated by a friend for allowing my twin sons, aged nine, to spend the weekend with my gay brother and his partner).

So, too, is Spacey’s attempt to absolve himself of responsibility because of drunkenness. And the way Spacey turned Rapp’s accusation into a coming-out speech, with himself as the central character/victim, is tone-deaf and horrendously manipulative, and, again, casts gay men in a disgustingly offensive light.

Amid all of this, it is not only great that Rapp was believed, but also important. But the difference between his experience and that of women in similar situations is stark.

There is a view that the heightened furore over this case is because the victim was a child at the time, and not because he was male. Yet even here, the difference between male and female disclosures is clear.

The main accuser of Hey Dad! star Robert Hughes was a young girl, who was widely hated when she told her story. Woody Allen’s own daughter Dylan Farrow is still being called a liar, as is Roman Polanski’s teenage victim, and many of the children Savile raped.

While the propensity remains for people to instinctively believe men over women, rape convictions will remain dismally low. Multiple studies show that only about 4% of rapists are convicted. Yet, if we examine how comprehensively women are shamed and silenced when they do report assault, perhaps it is amazing that convictions are ever achieved at all.

Until Weinstein and the recent #MeToo movement, nearly all men accused of sexual crimes have not only been believed but have, largely, maintained their careers and their lives.

Rolf Harris kept working for decades after his accusers came forward, as did Cosby and the others. Allen is still working and is widely feted. And one of the men reported by more than a dozen women as a serial sexual attacker – and who has, in addition, freely confessed to groping women without consent – is now the leader of the free world.

Let that sink in.

The author is the CEO at Bushfire Bobby, and also runs a feminist Facebook page, Yellow Balloon. She tweets at @JennieJHill (twitter.com/JennieJHill)