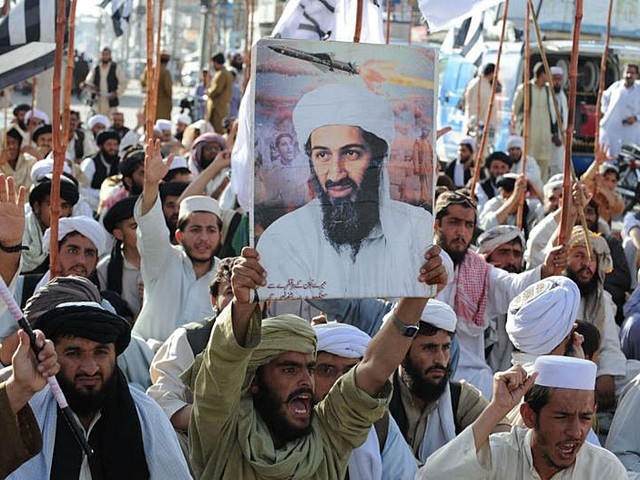 If there was a championship where they gave out prizes to Muslim cheerleaders for showing their love for the religion, we would surely be world champions.

When the excited lot at Times Square was celebrating the death of Osama bin Laden, we in Pakistan were in a state of absolute shock and bewilderment. Like an uninvited guest at a party who’s been asked to say a few words on stage, we had no clue how to react.

Why we didn’t celebrate

A large fraction in the West expected us to celebrate the death of Bin Laden like New Yorkers. A friend in India tweeted that the moderate Pakistanis should come out of their houses to show their contentment on the death of the Saudi businessman turned al Qaeda’s founding daddy. But on the other side of the border, we were still chewing on the facts that came our way via western news sources. Unlike the Scooby Doo cartoon show where the evil villain is always unmasked in the end, this episode further mystified everything we were made to believe in the last one decade.

The answer to why Pakistanis did not celebrate Bin Laden’s death came a few weeks later, when a double suicide attack was carried out in Charasadda (taking 89 innocent lives and injuring 140 people) followed by another drone strike claiming the death of al Qaeda militants.

So to our American friends out there, who are still curious about why we did not celebrate: you might have won this year’s ‘Super Bowl’ but as far as we are concerned, we always end up cleaning the mess irrespective of who comes out as the winner.

What we shouldn’t celebrate

Having said that, I secretly wish the Supreme Court had banned Pakistanis from expressing their feelings on this incident. Only a few hours after the announcement of Bin Laden’s death, a section of journalists and anchors started referring to him as a martyr and Islam’s true soldier, who also turned out to be a lover of pornography (now I know who to blame).

But what disappointed me the most was the open stance of some Pakistani intellectuals including writer/poet/ diplomat Ataul Haq Qasmi, creator of PTV classic Khwaja and Sons, who found nothing wrong in publicly admiring Bin Laden on local TV channels. Similarly lawyers, political party leaders and even citizens in various Pakistanis cities offered prayers for the terrorist who publicly declared war against Pakistan and its people, resulting in the death of over 35,000 Pakistanis – majority of who never supported the US war mongering policy in the region).

BBC radio’s Urdu service interviewed a housewife in Abbottabad who wished she knew of Bin Laden’s existence in her neighbourhood – she would have showed him the well-known Pakistani hospitability (shudders!). From the looks of it, she doesn’t appear to be the only one to think like that. But, I am pretty sure that she or someone in her family would not mind US citizenship if offered. Pakistanis who criticise US policy the most wouldn’t mind living the American dream in the USA or any prosperous part of the West. I fail to understand this phenomenon.

Numerous times in the past, Islamic states have also sabotaged the sovereignty of Pakistan but this is not something we want to talk about. We have trained, facilitated and harboured foreign terrorists in the past and continue to do so today, even if it proves to be hazardous for our own safety, economy and future, because the terrorists appear to follow the same religion and claim to be better Muslims than we are.

Does this make sense to anyone out there?

We want our kids to study and work abroad, to bring back dollars, pounds, euros and foreign degrees. At the same time we find it completely appropriate to publicly display open affection for dead al Qaeda leaders and approve of the Taliban version of Sharia in our country.

So, from what it appears, we are either an utterly stupid or a despicably hypocritical nation that does not want to learn from the past – as if learning from the past has been banned by the Lahore High Court (LHC) or considered blasphemous by the local mullahs.

We wish to be given a gold medal for our ghairat – if there was a championship where they gave out prizes to Muslim cheerleaders for showing their love for the religion, we would surely be world champions.

If there was a reality show by the name ‘Muslims got ghairat,’ Pakistanis would vote their hearts out to win the title and we would easily win it too for wanting to ban Facebook two years in a row, if nothing else.

But no awards or rewards, religious or otherwise, are handed over for absurdity or irrationality.

The world is watching us and our growing extremist behaviour. The legacy we are leaving behind for our next generation is only going to make them unwanted and disrespected global citizens – in fact we are half way there already.