Pakistan should become a secular state, but how realistic is that? 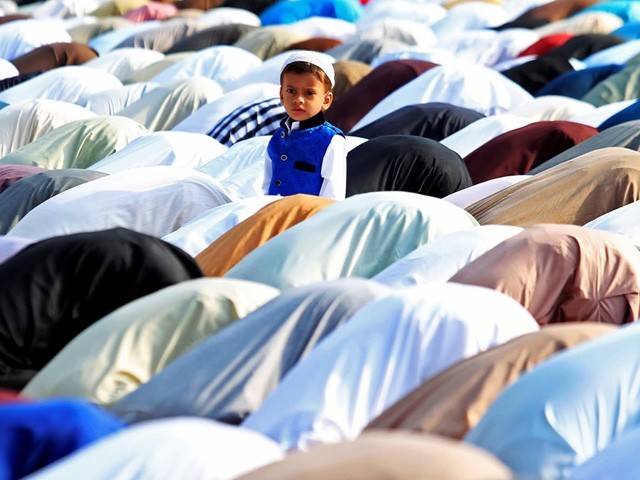 In one of my articles last year, I tried to make a normative case for secularism in Muslim countries. I argued that given the rise of Islamic fundamentalism and growing sectarianism, there is a case of secularism in Muslim countries. Since a secular state is religiously neutral, therefore it would allow various sects in Islam, as well as non-Muslim minorities, to practice their faith freely.

Moreover, it would delink the religion with legal code and therefore laws would start reflecting contemporary realities. In my opinion, the idea should at least be entertained in our discourse as it merits serious deliberation.

My own country, Pakistan, perhaps is in dire need of evolution towards secularism. Today, as I write these sentences, Pakistan is embroiled in sectarian extremism and suffers from misuse of several religious laws. As I pointed in another article of mine, the state has used religion for strategic purposes also, which has ended up causing more harm than good.

However, we also need to understand the ground realities as well as the impediments. I have a firm belief that Pakistan should become a secular state, but how realistic is that wish? In Pakistan, for example, can the idea that religion be separate from the state take root? Does our history provide us some encouragement? Do seculars even exist in Pakistan?

While going through various blogs and newspapers, at times one gets a rather misleading impression about secularism in Pakistan. One of the foremost impressions is that a reasonable number, if not a majority, is secular-minded in Pakistan. However, even more misleading is the impression that some of the mainstream parties are secular – or quasi secular as some of the Pakistan Peoples Party’s (PPP) loyal journalists tend to use the term – and so is their vote bank. One of the logics given is that since Pakistan has not voted for ultra-religious parties, it is somehow amenable to the idea of separation of state and religion.

Much to my dismay, the unfortunate reality is that in a country like Pakistan, no material and influential institution is secular. This is a fact. Our courts, our establishment and even the “liberal” parties are not secular.

As I also expressed in my previous article, the case for secularism has never been presented in an effective manner and somehow the concept has been thoroughly confused and amalgamated with atheism in Pakistan.

This has resulted in complete inability of even progressive people to argue that since religion and statecraft should be separate, therefore some harsh laws should be repealed. For example, Pakistan has a controversial anti-blasphemy law (known as Pakistan Penal Code 295C) which makes blasphemy punishable by death. This law has often been misused and has often ended up endangering minorities. Due to its controversial nature, it has been in the spotlight a lot of times. However, its opponents do not argue that a religion-inspired law has no place in our society but rather that the law is contradictory to the real Islamic ‘spirit’. To weave arguments around secularism in mainstream media is almost impossible and even if done, would be counterproductive as far as repealing the blasphemy law is concerned.

In Pakistan, those who believe in secularism are a very tiny minority and they have an uphill task. Some of them generally try to present it as Jinnah’s vision for Pakistan. The central idea is perhaps the fact that since Jinnah is extremely revered and if the population becomes convinced that he wanted Pakistan to be secular, then it would pave the way for the separation of religion from state.

However, this approach will not work mainly because even if Jinnah was indeed secular, the public has always been told that the creation of Pakistan was for the implementation of an Islamic law. Even during times when Jinnah was alive and the movement for Pakistan was unfolding, the public perception of Pakistan was not that of a secular state. Perhaps Jinnah was also cognisant of that and hence immediately before the creation of Pakistan, in his August 11th speech, he explicitly stated that religion was not to be the business of the state, in order to remove the confusion. However, he did not live long enough to ensure that Pakistan’s constitutional framework was secular.

After his death, it has all been downhill. Pakistan has treaded along the path of its elites and in fact, even masses wanted it to.

I have heard a number of times that representatives reflect the will of the masses and this is projected as the strongest defence of democracy. However, following this logic, the 1973 Constitution, which made Islam the state religion and was unanimously passed, only reflects the will of the masses. Mind you, democracy is not always liberal and that is why innovations like the first amendment, which tries to protect freedom of speech, secularism and minorities, exist in the American constitution.

This protection would even supersede any decision taken by the majority in the parliament if it is in contravention of the aforementioned principles. Although, in theory, the American constitution can be changed, but in reality, it is almost impossible as it requires a two-thirds majority in both houses followed by ratification by state legislatures.

So what about the political parties? A political party is secular if it openly denounces the fusion of religion with matters of the state. In democracies, political parties have to openly debate and therefore there is no concept of closet seculars. Even if you cannot publicly call yourself as secular, as some point out that in Pakistan it would be impossible to, you still have to adopt a secular approach (at least show progression towards that end). Yes, if you do not legislate to induce more religion in matters of the state, while keeping silent about the existing status, this would perhaps qualify you as a moderate party, not a secular party.

Eventually, a political party speaks what its vote bank wants it to speak. Even PPP, a supposedly liberal party, was the one responsible for the 1973 Constitution and also for the controversial second amendment which declared Ahmadis as non-Muslims. The vote bank of almost every party is religious, though with varying degrees, and unfortunately wants religion in the affairs of the state. They may not be voting clergy into power, but frankly, they are also not raising enough voice to separate religion from the state.

If anything, as urbanisation grows in Pakistan, the fusion of religion with politics and worse, with the state, is going to further increase. Until now, the relatively lower level of urbanisation and predominantly the rural nature of politics, which is centred on local issues at the constituency level, have to some extent controlled the religious influence in politics. With the increase in urbanisation, the structure of the society will evolve in such a way that it will be more vulnerable to increasing the role of religion in culture, beliefs and politics.

When that happens, secularism, which is underpinned by the idea of separation of religion from the state, will become even more elusive. Political parties, including ‘liberal’ parties, will also start leaning towards the right, and there are indications they have started to.

In a country where the general populace is of such character, the alternate would be a top down approach, which can either be through a populist leader with sway over masses or through establishment institutions. In Pakistan, no leader has dared to do that and in fact the one who was most popular, Zulfiqar Ali Bhutto , was in many ways the originator of the present state of affairs. In fact, Bhutto manipulated religious sensitivities for gaining political mileage, and Pakistan has seen popular leaders like Benazir Bhutto and Nawaz Sharif after him, but both of them did not take any material step towards removing religion from the state.

Nawaz obviously caters to conservatives and therefore it was highly unlikely for him to take any step, but even Benazir, despite being personally liberal and secular, could not take any concrete step towards this objective. One cannot blame Benazir, as by the 90s too much ground had already been ceded for the quest of a ‘true’ Islamic state. Needless to say, the current famous leader, the cricketer-turned-politician, Imran Khan, is never going to take any step. He is the worst kind of a reactionary and someone who defines his entire outlook through hyper religious and nationalistic angles.

And as far as other state institutions are concerned, the situation is hardly different. Ideologically, armed forces are geared to hold up Islamic values, as well as Pakistani nationalism in terms of their orientation and identity. Before General Ziaul Haq, the army had quasi-secular ethos, but under his rule, things began to change.

The task for people like me, who firmly believe that religion belongs to its own private and personal space, is extremely difficult and it will take generations for us to even make moderate progress. This to me is the ultimate irony, considering the desperate state of affairs in Pakistan right now.