Do not accept praise for healthcare when you cannot accept blame for a woman giving birth outside your hospital, Shehbaz Sharif 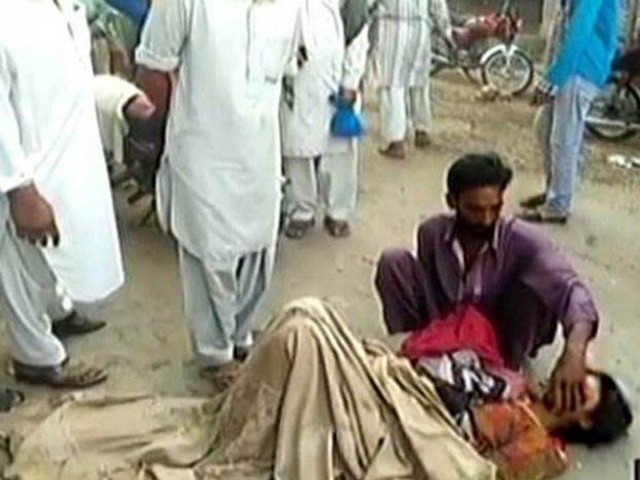 No woman should have to bargain for shelter and basic healthcare while in labour. PHOTO: FILE

They want to attribute this incident to a developing country’s poverty, meaning that it is nobody’s fault in particular. But I believe it is appropriate and needed for the public to shake its fist at the administration that has failed us all.

No woman should have to bargain for shelter and basic healthcare while in labour. But that is what Sameera Bibi had to do at Tehsil Headquarters (THQ) Hospital in Raiwind. Sameera, the wife of a humble brick kiln worker, was refused obstetric care because there was seemingly no doctor available at the facility at that time.

Knowing Shehbaz Sharif’s history with doctors, Pakistan Muslim League Nawaz’s (PML-N) automated action plan is quite likely to pass the buck to ‘killer doctors’; all those who neglect their duties at the detriment of their patients. This is the same establishment, after all, that’s renowned for its brutal crackdown on doctors protesting for improved working structure.

Little is to be said about the policy-makers who neglect their duties in developing a practical healthcare system that doesn’t fail a majority of the population as well as the healthcare providers themselves.

PML-N’s method of scapegoating the medical workforce for the shortcomings of the public health administrative system is as poetic as it is shameless. We all have our clinical horror stories. Even I, as a doctor, can write a book about my ghastly experiences with specialist doctors whom I’ve consulted for my personal health problems. It is these horror stories that PML-N relies on to create a faceless but fictitious demon for the public to throw rocks at.

In Sameera’s case, the public enemy is the frontline healthcare provider who was allegedly not there at THQ Hospital to do his job. But few look deeper into the system that permits these harrowing gaps to develop.

By ‘system’, I don’t just mean the base administration of THQ Hospital itself. The chief minister’s (CM) administration has sacked three medical superintendents in the past, which clearly has not fixed the problem.

Whenever you drive along a new overpass bridge in your Punjabi city, it is Shehbaz’s face you see on posters dangling from the street lights. When they inaugurate a new hospital in Punjab, you see Shehbaz’s name engraved on the silver plaque at the main entrance. One can be pardoned for occasionally wondering if the Sharif brothers alone conceived and implemented a development plan; no other builder, administrator, supervisor, doctor or nurse was ostensibly involved.

The same face that pops up everywhere to demand our appreciation for the completion of civic projects mysteriously disappears when those projects fail. Who are these nameless medical superintendents, doctors, and other administrators that the CM is firing? What secret closet did these sacrificial ‘bakras’(goats) suddenly come out from to take flak for your gross mismanagement?

Got report of denial of treatment to a woman in Raiwind THQ.. I was appalled at the callousness demonstrated by the hospital.. UNACCEPTABLE!

Strict action has been taken against all those found responsible. How can officials behave this way when they r paid out of people's taxes??

Pakistan Tehreek-e-Insaf (PTI) Secretary General Jahangir Tareen has condemned the Punjab government for this appalling incident. Regardless of one being a PTI supporter or opponent, it is difficult to not agree with his condemnation.

Yes, it is okay for the public to lash out at the intolerable inequality of power, and direct our outrage at the highest echelons of the administration.

It’s okay for us to not generalise blame onto an overburdened, underpaid healthcare workforce, and question the ineptness of our plutocratic leadership.

Do not accept praise for a successful project, when you cannot accept blame for its failure.