Sending a friend request might not be “harassment”, but Pakistanis made sure that Sharmeen Obaid-Chinoy feels harassed now 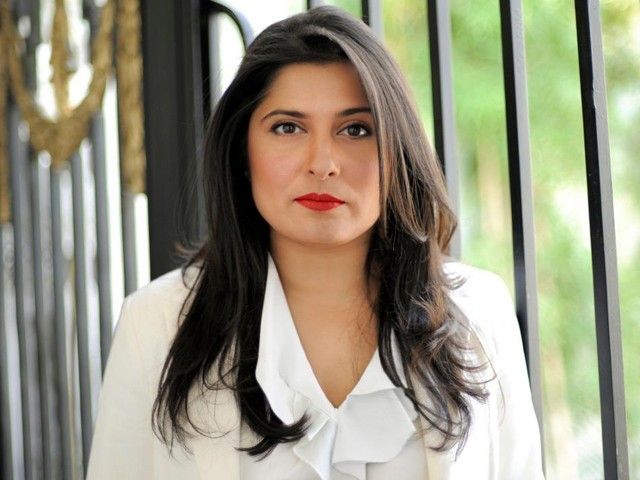 The public has brutally trolled, passed belittling comments and slut-shamed Sharmeen Obaid-Chinoy and her sister on a much personal level. PHOTO: PUBLICITY

Oscar and Emmy Award winner, and an all around advocate for women rights, Sharmeen Obaid Chinoy (SOC), like for many others, is an inspiration for me too. With documentaries like “A girl in the river” and “Saving Face”, she has won the hearts of millions of people all over the world.

A few days ago, one of my friends mentioned the news about SOC getting a doctor sacked from Agha Khan University Hospital (AKUH), a renowned hospital in Karachi. Hearing this, I had a million questions going around in my mind:

“What could the doctor possibly have done?”

“Perhaps he made an incorrect medical diagnosis?”

“Did his wrong diagnosis lead to incorrect treatment?”

Clearly, I expected the doctor to have done something very serious, but upon searching for the news myself, I came across what started the whole debate, and it left me baffled for a second!

SOC angrily tweeted that her sister who had sought treatment at AKUH, got a Facebook friend request a day later from the same doctor that treated her. The Emmy Award winner took to social media and lashed out at the doctor, asserting that there are zero boundaries in Pakistan.

There are zero boundaries in #pakistan! Last night my sister went to AKU emergency & the doctor who tended to her tried 2 add her on FB 1/2

Unfortunately the doctor messed with the wrong women in the wrong family and I will definitely report him! Harassment has 2 stop!

The news spread like wildfire, with Pakistani social media taking sides and aggravating the entire fiasco. Some people sided with her for speaking up, but most just ridiculed her for classifying a friend request on Facebook as “harassment”.

#SharmeenObaid Amazing this AKUH doctor is worried sick about his 4 kids today. I mean just y'day this guy was fooling around with patients!

I accidently tagged sharmeen obaid in a tweet . Will i be facing harassement charges now??

Personally, while I acknowledge that the case of Doctor Sahib at AKUH might not have been dealt quite tactfully, but let us not ignore the fact that harassment exists and more often than not, it is ignored. How many times have you women out there been stared at in a lecherous manner, catcalled, or been undressed by the eyes of hungry-looking men? I’m sure, many more times than you can even recall. These incidents have become almost a norm in our society, seeing how they are so ingrained that it is more alarming to speak up than it is to suffer in silence.

It is no secret that we live in a chauvinistic society. So, if for once a man is penalised for his incorrect actions, then let him set an example for all the harassers out there. These incidents should not be simply told as anecdotes to people that fade away with time and are eventually forgotten.

The society, instead of letting this be a case where people realise that inappropriate actions come with repercussions, is giving more air to the fire that has been lit. Of course, when a woman asks a man to justify his actions, the real issue at hand will most certainly be ignored. Instead, the woman will be slut-shamed and blamed for doing something that might have instigated the incident.

In SOC’s case, people are digging out old pictures of her with Harvey Weinsten, calling her out for taking a picture with a real harasser and then amounting a mere friend request to harassment. Some people even shamed SOCfor her picture with Matt Damon, commenting on how close she was standing with the actor.

Sharmeen Obaid has no issues smiling with Harvey Weinstein the rapist but a poor doctor cannot add her sister on fb! Hypocrite Lady! pic.twitter.com/iQw5CcHe0f

Half of Sharmeen Obaid's body is touching this Hollywood actor but if a bald doctor sends her a friend request she feels harassed. pic.twitter.com/b3BIjMo3qO

This was followed by a series of insults and memes about SOC’s family. Her sister’s dressing was brought into the conversation, reminding us that women who wear “indecent” clothes are “asking for it”. Nasty and derogatory comments circulated Pakistani social media for days, bashing SOC and her family ruthlessly. Talk about blowing things out of proportion!

Male 6670Her name is Mahjabeen Obaid (Sister of Sharmeen Obaid Chinoy). Look at her vulgar dressing (see through…

If that was not border-line harassment, people made sure to make a mockery out of it by making a “Send Friend Request to Sharmeen Obaid” event on Facebook. According the event details,

“By joining the event, you are declaring the following terms: 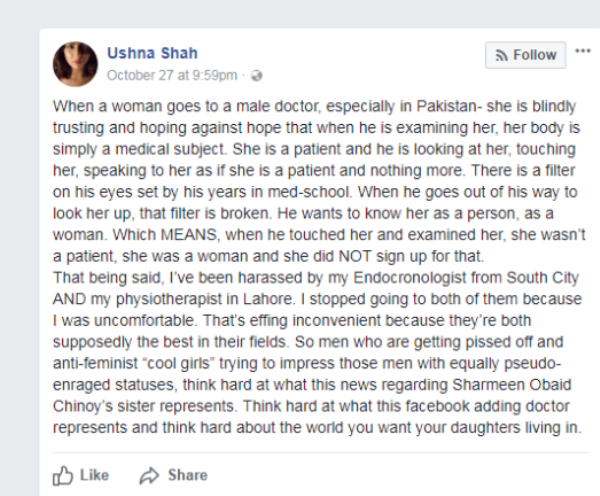 Mahira Khan shared her views on the issue, commenting that the doctor’s move was extremely unprofessional. She even called out people who were bashing and abusing SOC and her sister as “keyboard terrorists”. Hamza Ali Abbasi, on the other hand, surprised no one by sharing his opinion and arguing that this is not harassment. It seemed like all of Pakistan, including its celebrities, are in a debate of their own.

Even before fame, had lots of women who added me on FB cuz they randomly met me, didnt go arnd pursuing "harassment" charges against them.

What is also important here is to highlight that AKUH, as an organisation, has a right to terminate contracts of employees if they violate the organisation’s code of conduct. I strongly believe that a doctor-patient relationship should be governed by a set of morals and ethics. I, for one, would feel highly uncomfortable visiting my doctor if he tried to enforce a personal relationship, even if just a friend request. It would make things awkward. What’s next? Liking my profile picture or my posts?

All organisations have a set of regulations that all its employees need to follow. For instance, a teacher and a student are not allowed to have any personal relationship. A husband and wife can not even work in the same department of a multinational organisation. Similarly, if the doctor violated the code of ethics of the organisation he works for, then it is fair to make him pay for his actions. 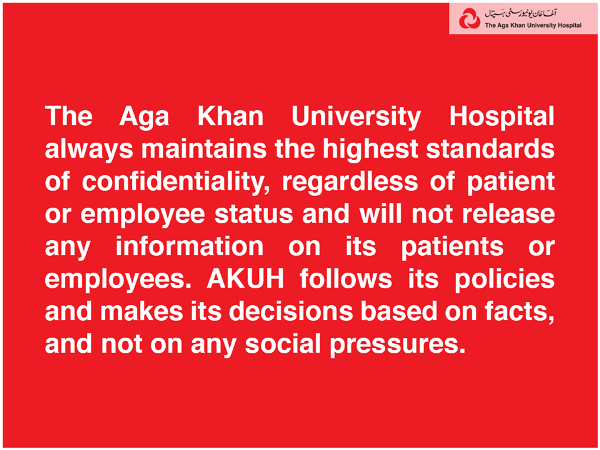 Days later, however, the public outrage continued, with a national frenzy over how it was ludicrous to label this incident as “harassment”. Some even stated that dozens of people follow and send them friend requests every day and it absolutely doesn’t mean that they have been harassed by each one of them, reinstating the arguing that SOC’s logic was flawed.

Others believed that getting someone fired for a mere friend request was a bit unfair, and that SOC was blowing things out of proportion, because throwing around such statements is actually taking away from the real victims of harassment.

If Sharmeen Obaid’s sister is that much conservative then why has she kept the ‘Add Friend’ button to public?

Doctor fired for sending friend request to influential Sharmeen Obaid's sister.Who'll make a documentary on this influence & abuse of power?

Sharmeen Obaid and her sister are drama queens, they got the attention they wanted at the cost of employment of a doctor.

People condemn & abuse each other on Facebook & send all kinds of messages; one should block them or just ignore them – Don't Over React

Insensitivity was also common in tweets by the public, and well-known figures such as Ali Moeen Nawazish, shared his take on this matter with his followers:

“As I previously stated, I don’t think he harassed her by sending a friend request. But, it was unprofessional. Yet, I think firing is too extreme and wouldn’t have had happened if it wasn’t an influential celebrity in question.”

Displeasure and disapproval over this matter was also shown by controversial celebrities like Waqar Zaka, who jumped in and replied to SOC’s tweets, saying that harassment in reality is firing the doctor, and that he would help the doctor find a better job.

Chachi botox @sharmeenochinoy u misused celeb power, that DR. Losing his job is Harrasment, I will make sure he gets a better job.

Was it really necessary to fire the physician and rant on Twitter instead of just directly reporting to the hospital? The doctor, who has four kids, was allegedly relieved of his duties. People backlashed at SOC, saying that the poor doctor’s career had ended and she had ruined his life for cheap publicity. People kept empathising with the doctor, and started giving one star ratings to AKUH on their Facebook page, bringing their rating down from 4.8 to 1.3.

Doctor who sent friend request to Sharmeen Obaid’s sister has been fired, left unemployed with 4 kids to look after. Where’s justice now?

Being a feminist at heart and standing up for the wrong, I have always stood by SOC. In this case, however, the grass isn’t green on either side.

Yes, SOC is a celebrity, her tweets have enough power to get a man fired, something which may not have happened if the accuser had less resources at their disposal. Maybe the issue was not as serious to justify the man’s firing. Maybe “harassment” was the right choice of word, or maybe what constitutes as “harassment” differs from person to person.

On the other hand, there are multiple claims on social media of how the doctor allegedly had previous cases of harassment filed against him as well, which certainly builds a case against the doctor. The debate, thus, is never ending.

Allah ko hazir nazir jaan kar…..got a call from a senior AKU board member who asked me to share this. Those so…

However, the public has brutally trolled, passed belittling comments and slut-shamed SOC and her sister on a much personal level. One thing becomes clear – even if SOC’s sister wasn’t really harassed by getting just a Facebook friend request, the people of Pakistan have ensured that she has definitely been harassed now.

The author has a Masters in Media and Communication from City, University of London. She has a flair for writing and loves to travel. She tweets @TaniaSaeed1 (twitter.com/TaniaSaeed1)

Shoaib Mansoor’s most anticipated movie, Verna, is yet another example of his anger towards social injustice