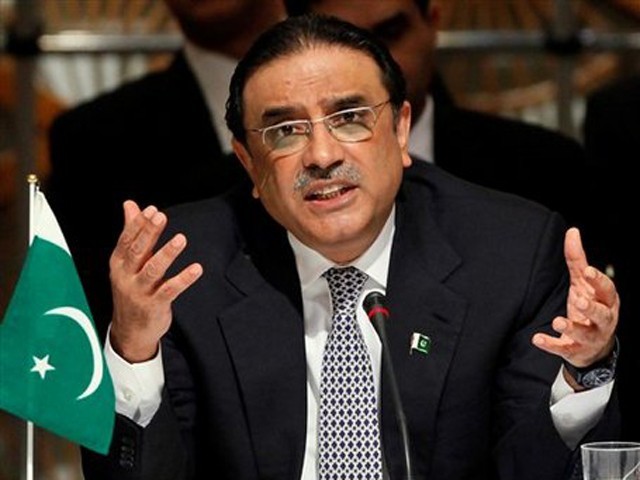 We should appreciate the Lahore High Court’s (LHC) decision in President Asif Ali Zardari’s dual office case. And, we should hope that the president accepts LHC’s verdict, if he aims to end national conflicts and boost public confidence in the political leadership of the country.

LHC ordered to restrict President  Zardari from conducting political activities at the Presidency.  The four-member bench headed by the LHC Chief Justice Ijaz Ahmed Chaudhry mentioned in its 35-page decision that a president should be neutral. The verdict further declared that the presidency could not be used for political activities.

Our political leaders need to understand that democracy is not a business. Few businessmen are capable of being in politics – neither do they understand the democratic process nor do they have the tolerance or the depth it requires. So Mr President, you should not be following them.

It is clearly stated in Pakistan’s constitution that the president cannot hold any office of profit in the service of Pakistan or occupy any other position carrying right to remuneration for rendering of services.  The current constitution gives the president reserve powers, subject to Supreme Court’s (SC) approval or veto, to dissolve the National Assembly, triggering new elections, and thereby to dismiss the prime minister.  The president also chairs the National Security Council and appoints the heads of the Army, Navy and Air Force.

Therefore, we all know the significance and the dignity of the president’s post, because he is the head of the state and the guardian of the constitution of Pakistan.

What all this means is that, in times of great crisis, chaos, and uncertainty, the country cannot afford to have a non-neutral head of state.

President Zardari is the co-chairman of the Pakistan Peoples Party (PPP) which in itself has a large span of many complex problems and growing issues which need to be taken care of by the head of the party. All of this, I am sure, puts extreme pressure on the president’s shoulders, who needs to fulfill the duties of both chairs, the PPP and the country.

On other hand, if one believes in team work, the PPP has tremendous leadership like Raza Rabbani, Amin Faheem, Jahangir Badar and many more, who can look after the PPP as well as anyone else. A person who is occupying a dignified post such as the president of Pakistan cannot be expected to involve himself in such kinds of anomalies that go against the constitution, which is a supreme law of the country.

Someone beautifully quoted this:

“Those who enjoy responsibility usually get it; those who merely like exercising authority usually lose it.”

No gay girl in Syria: Lessons for the social media community

Pakistan would have saved the IMF chief

My days as a manual labourer

Baisakhi fair: Thanking one God for His bounty