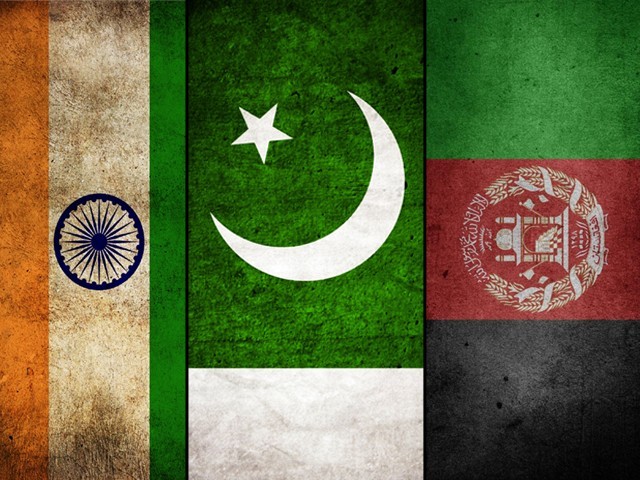 The teeming millions of Afghanistan, India and Pakistan will keep playing with fire and burn the future of the generations to come.

A beleaguered and bleeding Washington continues with its reckless, outrageous and undignified ways under the leadership of President Donald Trump. Meanwhile, the US Secretary of State, Rex Tillerson, fights for his credibility, as his job as the nation’s top diplomat is seemingly to rack up miles in Asia.

For someone who thinks the utterly untruthful president, and his boss, is a “moron”, that’s quite a challenge. He’s representing the US at a time when the country’s image in the eyes of the world is dwindling; with mixed reactions coming from allies and adversaries alike. There is growing uncertainty surrounding the conduct of Washington’s foreign policy and national security interests.

Be that as it may, despite all its domestic shenanigans, the US still remains a force to be reckoned with, especially in the areas that Tillerson travelled to this past week. Afghanistan, Pakistan and India, for various reasons, remain critical to the reconfiguration of Washington’s priorities under the new administration.

The Americans see India as an enduring democracy; a strategic security comrade and a long-lasting trading partner that can potentially play a pivotal role in its quest to subdue extremism.

With Pakistan, their hot and cold, off and on relationship is now at a point where Islamabad is being asked to produce results and come clean when it comes to harbouring terrorists, and assisting the Afghan Taliban and the Haqqani network.

When it comes to Afghanistan, the US wants to continue its support and work on tying loose ends in its endless pursuit to dislodge the forces of resistance within the country and eventually get out of there. Many would say “good luck with that, America”, since it sounds a bit over-ambitious, like a plan that will never see the light of the day. Afghanistan is a dilemma that Washington seems to be perpetually stuck in.

Donald Trump’s approach to solving global problems, or rather any problem, is brash and boastful, and so is his recently unveiled Afghan policy. He’s not shy of using undiplomatic language or to trespass boundaries of civility. An obvious instance is his handling of the North Korea situation.

Just heard Foreign Minister of North Korea speak at U.N. If he echoes thoughts of Little Rocket Man, they won't be around much longer!

By calling Kim Jong Un “little rocket man” and bringing the US and North Korea on the brink of war by virtue of a single tweet, Trump’s incivility is hard to miss. His efforts to pull out from the Iran deal and unwind the détente reached with Cuba are testimony to the fact he doesn’t know the first thing about diplomacy.

Luckily though, Tillerson is a stable head and supports negotiated settlement of disputes. He’s had a distinguished career and understands the notion of cultivating relationships as well as nurturing partnerships; one expects he was successfully able to break the ice with the leaders he met on his recent visit.

It appears that the few hours of “quality time” Tillerson spent with Pakistani Prime Minister Shahid Khaqan Abbasi were intense but fruitful enough to break new ground, as far as Islamabad joining hands with Washington on equal footing to bring peace to the region is concerned. Tillerson knows well that a total alienation of an ‘incredibly important’ Pakistan in the war against terror will only make an already tough situation ever more difficult to deal with.

Speaking with members of Tillerson’s delegation, one understands that the secretary of state is sympathetic to Pakistan’s grievances. This is not only when it comes to America’s partiality towards India, but also for the lack of appreciation for Islamabad’s efforts to lend a helping hand, vis-à-vis pushing the Washington agenda in the region. It is heartening to note that Tillerson did try to allay Pakistan’s fears, and committed to adopt a balanced approach and an effective communication methodology going forward.

All this obviously does not mean that Pakistan is totally out of the woods. It is true that Pakistan has produced results lately, such as helping free the Canadian-American couple from the Taliban – a gesture appreciated by no less than Donald Trump himself. However, there’s still a tremendous amount of effort that needs to be done, both diplomatically and out in the field.

Pakistan is faced with two adversaries on its borders – Afghanistan and India – and the US sees them both as more cooperative and flexible enough to tow the Washington line. India being the most populous democracy that shares the American democratic ideals, and Afghanistan being subservient to the US, are seen in a more favourable light and easier to deal with as compared to Pakistan – a country dominated by religion, politicised military and unstable democratic institutions.

Tillerson’s arrival on the scene can help steady matters in the AfPak region. He’s so far pushed back against Trump’s brazenness and has demonstrated glimpses of qualities that can help him play a crucial role in the near to long-term.

However, there are strong doubts and apprehensions that Tillerson may just not last long in the job. With Trump breathing down his neck and discrediting the role of diplomacy, Tillerson’s days may be numbered in the State Department. Regardless, as long as he’s holding the job, one is confident that he will continue with vigour and gusto while ignoring the utterly disparaging and discouraging Trump tweets and the noise coming from the adult day-care centre, aka the White House.

…Save your energy Rex, we'll do what has to be done!

As for Pakistan, a couple of tweaks here and there can perhaps help. How about not being too dependent on the US to help resolve regional tensions? Why not show some spine and self-confidence and reach out to the Afghan, Indian and the Iranian leaders and offer plans for peace, a broad-based, open-ended initiation of a dialogue that could work towards salvation of trust? Why not urge different role-players to swallow a bit of their respective prides, come together and cooperate at various levels? If religious extremists are a problem, why not revitalise and rejuvenate intelligence outfits and make joint efforts to go after them?

Why let outside forces manipulate the lives of millions without their consent or knowledge when the Pakistanis, the Indians and the Afghans are smart enough to get their heads out of the sand to cooperate and steady up matters? Why not think beyond borders? This is the time when Pakistan can truly take the lead and work up a blueprint for regional settlement of disputes.

I remember back when Trump came up with his Afghan policy, my Pakistani friends were upset at him and the US for degrading and insulting Pakistan. I told them then and I say it now – stop looking for Uncle Sam’s hand-outs and helping hand; grow up, develop confidence and rapport regionally, and unleash the power of rapprochement. Stop re-litigating decade-old issues. Stop falling prey to the extortion of the outsiders!

This is Pakistan’s moment of truth to get itself out of the hole; perform the sacred peacemaker’s duty without sacrificing its core values and principles. Forgive me for being too optimistic but I’m not ashamed to plead for peace because if nothing is done now, the teeming millions of Afghanistan, India and Pakistan will keep playing with fire and burn the future of the generations to come. The underlying and objective truth is that an Afghan-Indo-Pak alliance can work wonders.

So my advice to Pakistan is, think! Think deeper than your heart. Take that leap of faith and make peace with your neighbours. The results may surprise us after all, and at least you tried.