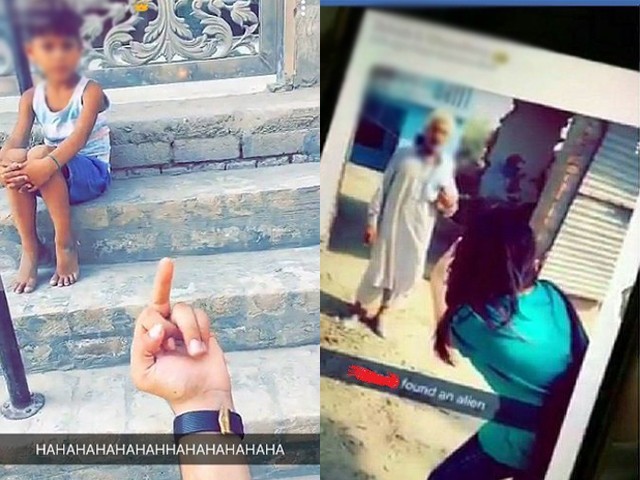 Yesterday, I was enjoying my Sunday having some me time and scrolling through my social media feed. While at it, I stumbled upon something that not only gave me a partial anxiety attack, but also shook me to my very core.

A student of Beaconhouse National University (BNU) in Lahore went on a university field trip and decided to have some “fun” with her group of friends. The details of the aforementioned “fun” were graphic enough to trigger me, not only as a parent, but also as an educated person and a decent human being.

This girl, who happens to be a resident of Defence in Lahore, visited a village as part of her university assignment and clicked inappropriate and obscene pictures of random children and villagers. While some pictures made fun of the villagers because the area was underdeveloped and the residents of the area were poor, others involved children who were either made to pose inappropriately with rude hand gestures or included children who were naked; kids as young as four or five-years-old perhaps.

If you think this is bad, wait till it gets worse. She decided to share all these pictures on her Snapchat and Instagram account with demeaning captions. It needs to be stated that her social media platforms are open to the public and she has a large following on both platforms, which ensured that the general public could see these pictures, including the ones where the children were naked. 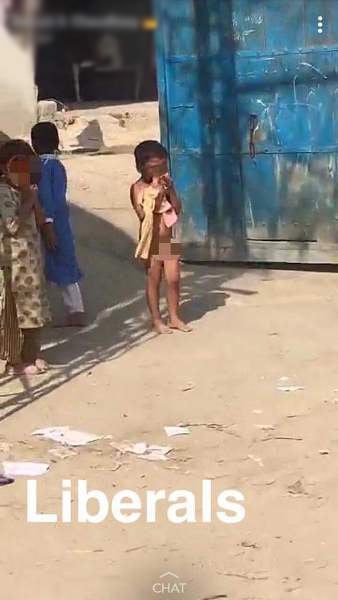 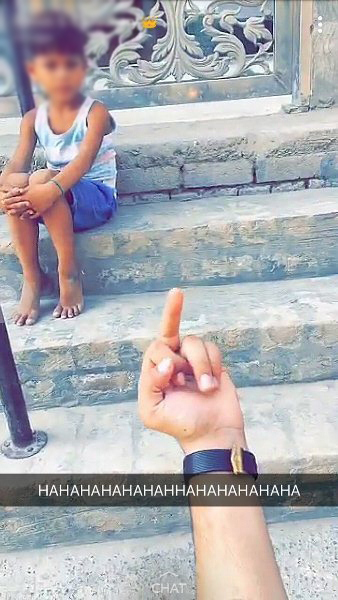 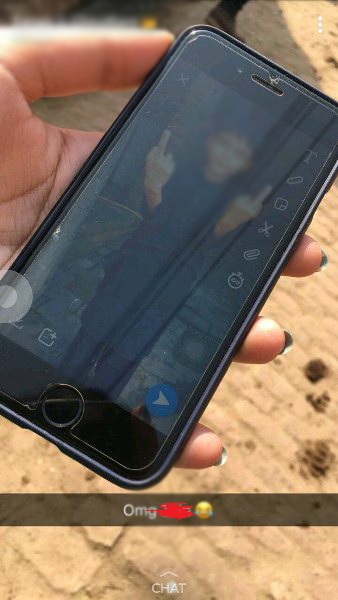 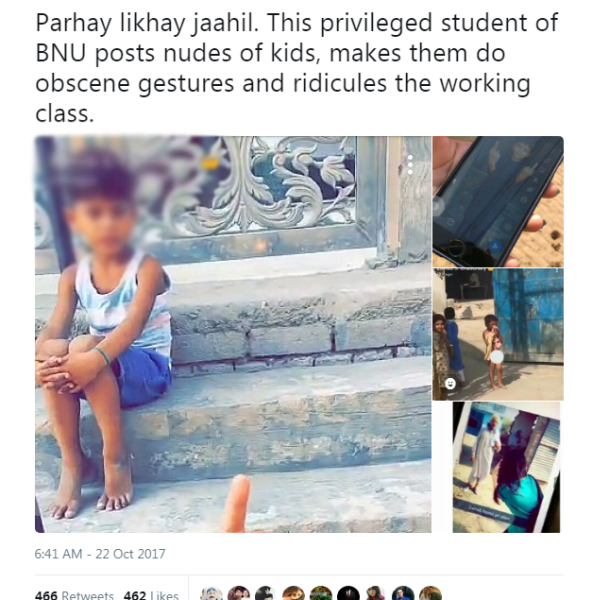 What appalled me even further was that when she was called out for her actions which most people have judged to be wrong, she initially responded by saying that the matter is being blown out of proportion and that they are just kids having “some fun”. Later, the student in question issued what reads like a half-hearted apology, trying once again to justify her actions as fun, and simply restricting her social media account to private after attracting public attention and condemnation. 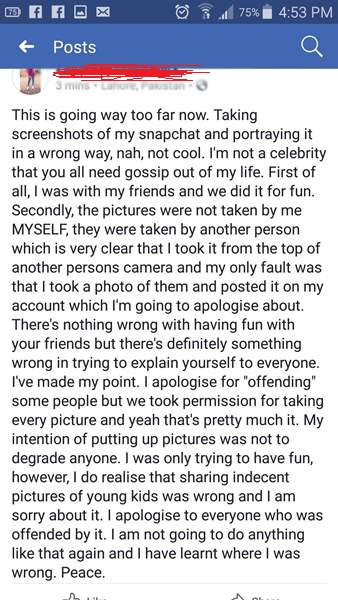 I am sorry, but this is not some “kids having fun”. These are students in their 20s belonging to wealthy families, who are supposedly being “educated” in a university. These are a bunch of people who thought that just because they are privileged enough to reside in posh areas, study in fancy schools/universities and have a high-end smartphone bought for them with daddy’s money, they have the right to insult and humiliate anyone who is below their class.

We cannot possibly, in good conscience, let these kids get away with this under the excuse of “having fun”. A bunch of kids from an elite school cannot lure innocent children to pose for them and then post it on social media so that the world can get some free entertainment. Today, this is someone else’s child, someone who may not have access to social media to see how their kids have been violated. But tomorrow, this could be my child, and this idea makes my hands shiver as I type this.

If this was any other country, maybe one of the civilised ones where their parents take them for vacations, they would have been charged with child pornography and cybercrime.

I have a question for the parents of such children and for the people who are defending these students and trying to cover this issue up. Barely a week ago, most of you were partaking in the #MeToo campaign. Why did you do that? Just to be a part of the popular crowd, or did you genuinely feel for harassment? This is one of the worst forms of harassment and your kids are doing it blatantly and unapologetically. Victimising other children and making fun of the poor, because you taught your children that poverty is a joke and ensured that they will never have to suffer the consequences of their actions.

With the quality of life and fancy education that you have provided to your kids, this is the final product that you are contributing to our society, which, in my opinion, is a serious amount of resources gone down the drain. You should be ashamed of your parenting skills if all the resources in the world still weren’t enough for you to raise a decent human being – one whose idea of fun doesn’t involve photographing naked children or belittling people for the crime of being poor in an impoverished country. 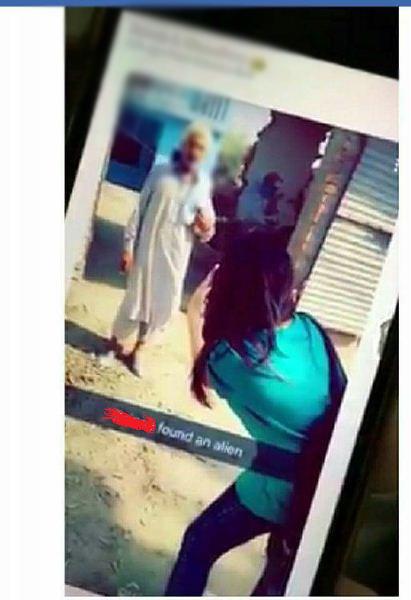 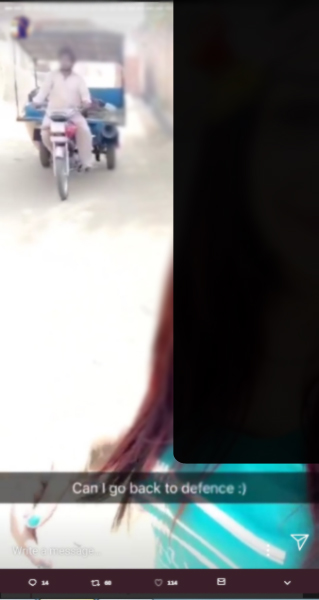 I will not blame the institution here, as these were no 12-year-old kids, but sensible university-going adults who knew what they were doing. It is the job of the parents and the respective school, not the university, to teach children basic human decency and etiquettes.  However, I do expect BNU to investigate the matter and take strict disciplinary measures as this happened on their official trip and the individuals involved were all students of the university.

My dad, who is a matriculate, always says,

“A donkey does not become a scholar if you load kilos of books on its back; it still remains a donkey.”

We have enough such donkeys in our country and I am sure we do not need more. In all honesty, this has left me so disturbed that I sincerely want to take this to court and file a petition under child pornography and cybercrime. However, as someone not-so-affluent, I have neither the means nor the resources to do so to fight these obviously well-off kids and their parents. Therefore, I can only hope that making this a part of a larger conversation will compel the university to take action so that other students think twice before having that kind of “fun” in the future.

Lastly, to the privileged student who decided to have some “fun”, this issue is not being blown out of proportion, and neither is it funny. No matter how one looks at this incident, either these students have a perverted sense of humour, or they think child pornography and paedophilia is a joke. In any case, parents need to be more involved in their children’s lives and invest more in their mental health than on the gadgets they own, since these only end up increasing the potential harm these kids cause for the rest of society.