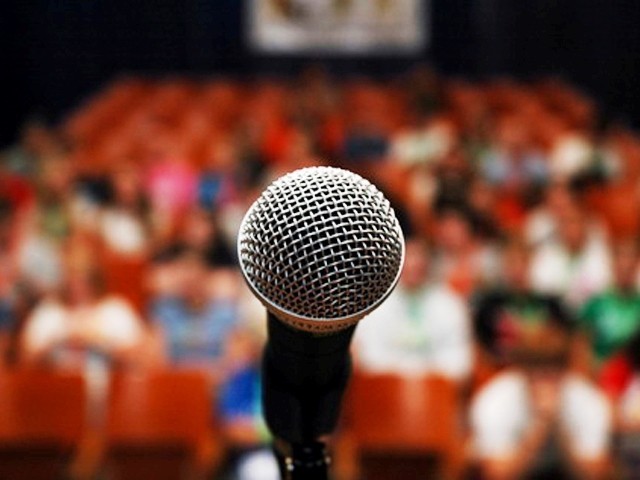 We are left with a leadership that tells us what we want to hear, not what we need to hear.

In a recent electronic address, Pervez Musharraf announced that he is a sayyid. The desperate, attention seeking former president spoke of his visit to the roof of the Holy Kaaba from where he shouted out slogans in the name of God.

Taking a seeming U-turn from his long “enlightened moderation” stance, Musharraf went on to announce his support for religious organisations. Without his army resources, this is how he thinks he can win hearts – not sure about minds.

He isn’t wrong, because this is how people play politics in Pakistan. They use emotions based on religious thought to persuade their listeners.

Hypocrisy in the name of religion sells.

Too often, I hear that the leadership has not considered public sentiments while making crucial decisions regarding the fate of Pakistan. I think it is time to remind people that public sentiments have nothing to do with democracy, or any other form of government. Democracy requires a majority vote for a leadership that can make independent decisions, certainly not influenced by public sentiments, for the larger interest of the country instead of momentary relief. A crisp direction and a vision that inspires the people is required from the political leadership.

Instead, in Pakistan the political and military leadership end up following the route defined by the masses. The general population is fast losing its grip on moral and social concepts and ethics and no leader seems to care. The religious leaders and clerics continue to make issues out of non-issues and the moderate leaders are too afraid to speak. Extremists have chosen to shoot whoever dares defy their thoughts. This leaves us with a leadership that tells us what we want to hear, not what we need to hear.

Every society requires a balance to survive. Sustainability demands that a country have conservatives, liberals and a sizable portion in between. General Ziaul Haq killed the secular essence in the once liberal army. Organised hypocrisy was introduced through paid beards and recruitment through recitation of the holy script. With time, the secular forces of the Pakistan Peoples Party, the Awami National Party and the Mutahida Qaumi Movement lost weight because their leadership refused to take a bold stance on any matter remotely related to religion. They caved to public sentiments instead of shaping them. This essentially leaves Pakistan with one, religious extremist voice with a pinch of elite rebels.

The Parliament’s inability to unanimously condemn the murders of Governor Salman Taseer and Federal Minority Affairs Minister Shahbaz Bhatti speaks volumes about the culture that has developed in Pakistan. Both these gentlemen were outspoken critics of Pakistan’s controversial blasphemy law and were faced with death threats by militant organisations. Yet, they did not let popular sentiments define their judgment. Even the Chief of the Army staff avoided publicly condemning the killings because he did not want to create unrest within army ranks. The ability to ask questions has been shredded and religion has been left with a narrow interpretation of a few.

The problem is not to define who is correct or not. The real crisis is the eradication of the grey area. People have started thinking in black and white, leaving no space for development of logic and arguments. When talking on issues of grave importance, like the blasphemy laws and breaches of Pakistan’s sovereignty, President Asif Zardari has a very mild and unimpressive tone when talking in Pakistan. However, the president tends to write very strong and inspirational pieces in The Washington Post. This open hypocrisy clearly sends out the message that the only target of this government is to complete its term and nothing more.

HEC devolved at the altar of politics